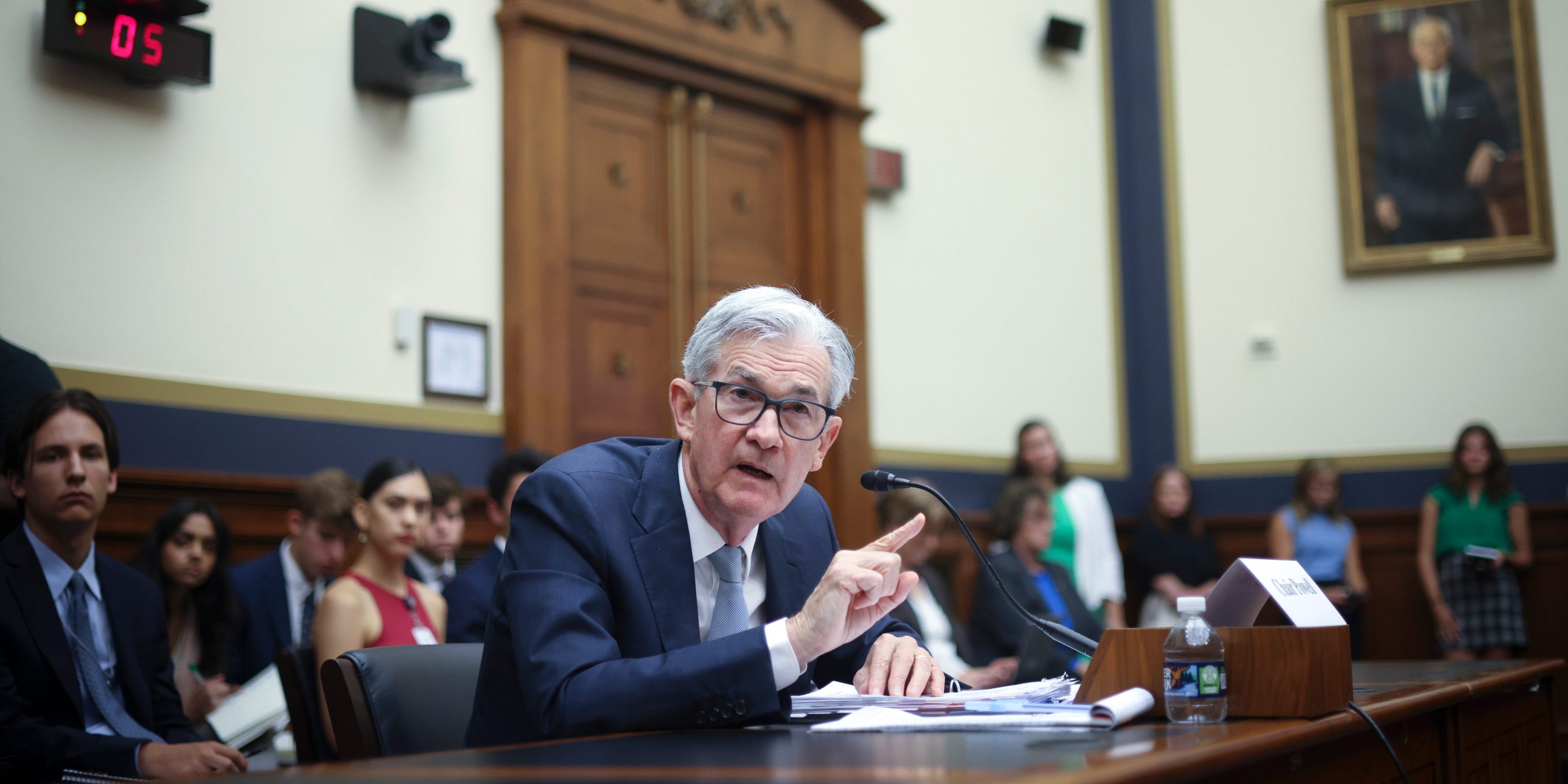 Federal Reserve Chair Jerome Powell is due to speak at a European Central Bank event Wednesday.

US stocks fell on Wednesday following the higher-than-expected June inflation report and the release of the Federal Reserve’s Beige Book.

The Fed’s survey, meanwhile, highlighted growing recession fears, as well as the forecast that inflation will persist at least through the end of 2022. Markets are beginning to price in an increased probability that the next Fed rate hike could be 100 basis points after today’s CPI reading.

“While we do think that inflation generally, and Core PCE in particular, will decline somewhat by the end of the year, the major impact on consumption, overall demand and growth in today’s economy is from the headline CPI number, which has been running at greater than 8% for the past four months and may run above 7% well into the Fall.” said BlackRock’s chief investment officer of Global Fixed income, Rick Rieder.

Here’s where US indexes stood as the market closed 4:00 p.m. on Wednesday:

In a Wednesday note, Bank of America analysts said a US recession will arrive in the second half of 2022, and that Americans are feeling the weight of a so-called “inflation tax”.

The IMF is set to slash its global growth forecast for the second time in three months. In a Wednesday blog post, managing director Kristalina Georgieva cited downside risks to the global economy, pointing to high inflation, China lockdowns, and war in Ukraine.

Overseas, Russia’s Gazprom hinted at a delay in resuming gas supplies to Germany after issuing a Nord Stream 1 safety warning during its scheduled maintenance. Amid the energy crunch, Deutsche Bank said Germans could switch to wood this winter if Russia withholds natural gas. At the same time, the IEA said the oil market is “walking a tightrope.”

Meanwhile, economist Paul Krugman said the cryptocurrency market has become a “postmodern pyramid scheme” and its stunning crash presents an opportunity to regulate it.

A Vermont state regulator said this week that crypto lender Celsius is “deeply insolvent” and doesn’t have the ability to meet obligations to creditors or account holders.