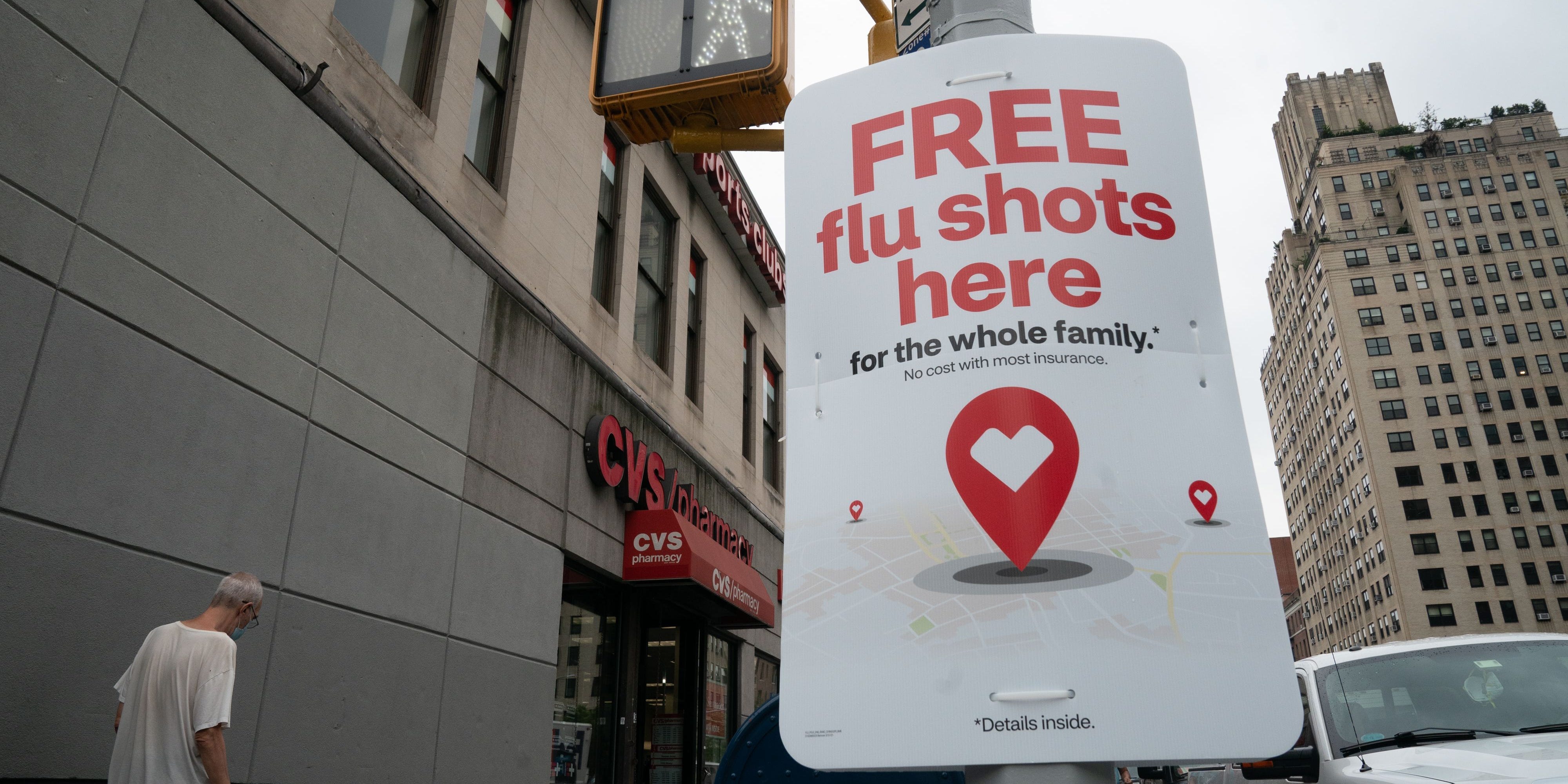 A man walks past a free flu shot advertisement outside of a drugstore in New York on August 19, 2020.

A Los Angeles teenager who was unvaccinated against the flu and COVID-19 has tested positive for a dual infection of both illnesses, dubbed “flurona,” according to the Los Angeles Times.

The co-infection was detected in a teenager who was returning from a trip to Cabo San Lucas, Mexico, with his family, per the 911 COVID Testing center in Brentwood.

Insider reached out the 911 COVID Testing center for additional comment.

“In and of itself, it’s not overly concerning; however, it is concerning and can be problematic for someone who has preexisting medical conditions, anyone who is immunocompromised,” Farzam told the Times, urging people to get both the flu and COVID-19 vaccine.

Co-infections have been happening since early in the pandemic, and medical experts early on warned of a “twindemic” caused by the flu and COVID-19.

The LA County Department of Public Health told the LA Times in a statement that co-infections were “exceedingly common” with the flu.

Insider reached out to the LA County Public Health Department for comment.

“We are not tracking these occurrences systematically and cannot tell you how frequently they have occurred,” health officials told the LA Times in a statement.

For the past 35 years, flu activity in the US has peaked in February, according to the Centers for Disease Control and Prevention.

The CDC has also recommended getting vaccinated against both illnesses, and reported that in 2021, flu vaccination rates were lower than usual.