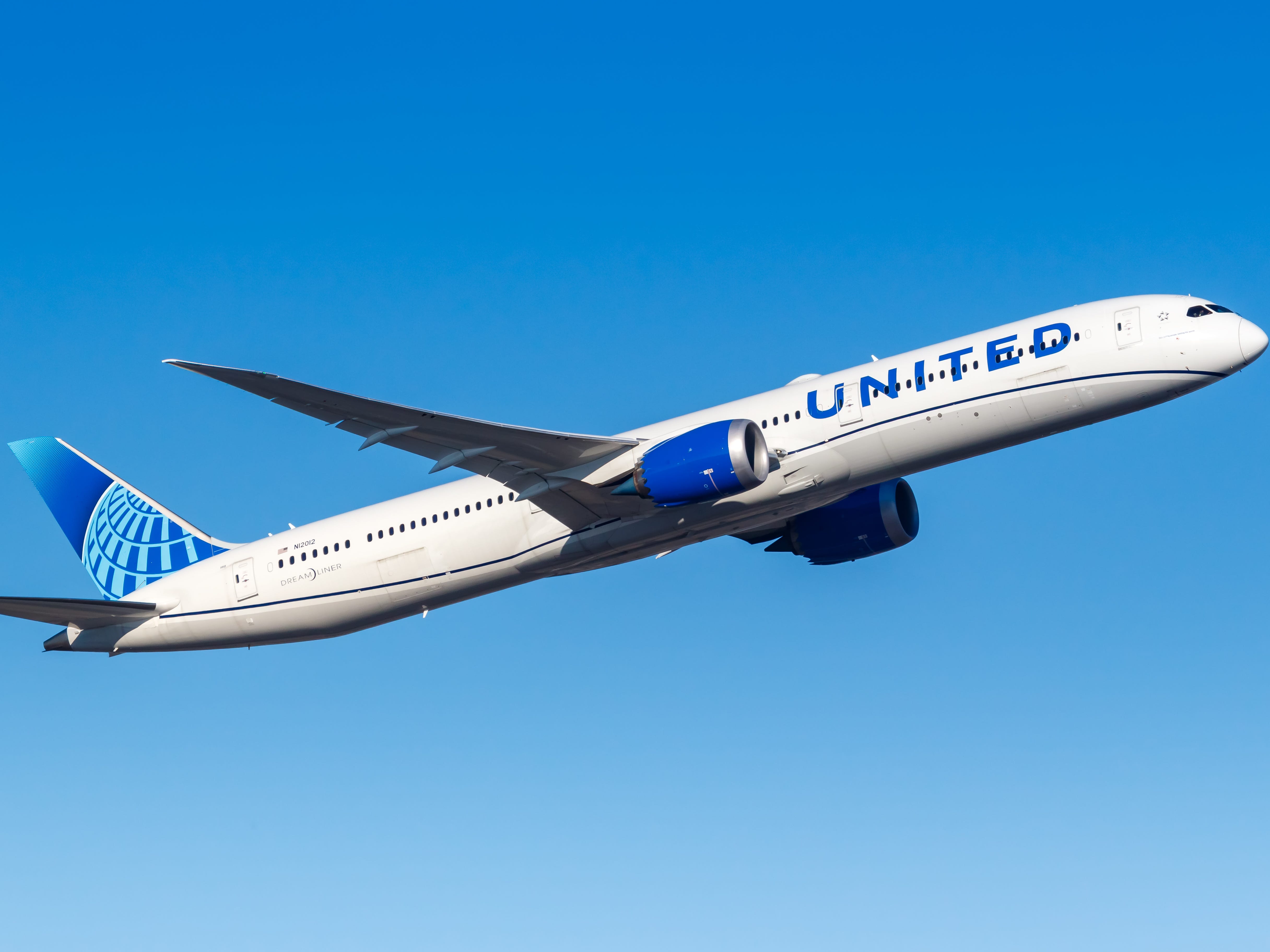 United Airlines is on a mission for 2022 to establish itself as the dominant US long-haul carrier.

Global borders are reopening and US carriers are focused on expansion. The new year will see US airlines fly to distant destinations once again including new and returning destinations in Singapore, Australia, India, and more.

United, however, wants to be the carrier to take travelers to more of those destinations and plans to fly its aircraft further than its competition. The strategy will give travelers more non-stop options when traveling to underserved overseas destinations but is also part of United’s new goal to be America’s flag carrier, similar to British Airways in the UK or Air France in France but for which the US has no official designation.

“Frankly, we are the flag carrier of the US,” Scott Kirby, United’s chief executive officer, told reporters in June. “Our international long haul wide-body fleet is almost as big as all of the other US airlines’ [wide-body fleets] combined. We fly to places that no one else flies.”

In October, United announced five new destinations in Europe and the Middle East to which no other US carriers currently fly. And out of the top 10 longest routes being flown by US airlines in 2022, eight of them will be flown by United if the pandemic and travel restrictions allow.

“Holding aside all the challenges posed by COVID and its variants, United believes that there is a decided business advantage in operating its own flights from its various US hubs to points in Europe, Asia, Africa, and elsewhere,” Henry Harteveldt, travel analyst and president of Atmosphere Research Group, told Insider.

Here’s are the eight longest routes United Airlines plans to fly in 2022.

Between San Francisco and Bangalore, India United plans to launch a new route between San Francisco and Bangalore, India on May 26, 2022, which will be the airline’s longest at just more than 7,500 nautical miles. The Boeing 787-9 Dreamliner-operated route aims to connect the Silicon Valley with the Silicon Valley of India and the technology companies operating in both cities.

Kirby highlighted United’s role in flying to India during the pandemic, a destination that it was the only US airline to serve from July 2020 through October 2021.

United had planned to launch the San Francisco-Bangalore route in 2021 but it was pushed back once COVID-19 cases started to spike. Whether United will continue with the route launch given Omicron’s march around the world remains to be seen.

Between Houston and Sydney, Australia United is planning to resume flights between Houston and Sydney, Australia on March 26, 2022, after a two-year absence during the pandemic. Similarly offered with the Boeing 787-9 Dreamliner, the route spans a great circle route of just less than 7,500 nautical miles.

The Houston route to Australia lets United offer one-stop connections from cities throughout the Southeast, Midwest, and East Coast without having to fly through California. Qantas offers a temporarily suspended but rival service from nearby Dallas in conjunction with its partner, American Airlines, prior to the pandemic.

Australia’s travel policies have been some of the most restrictive during the pandemic but United flights between Sydney and both Los Angeles and San Francisco have continued throughout 2021, hinting that the Houston route might resume as planned.

Between San Francisco and Singapore United will return to Singapore on January 22, 2022, as vaccinated foreign visitors are being welcomed into the country under a new “vaccinated travel lane” program. But whether flights resume as planned depends largely on how Omicron affects COVID-19 case levels in the next month.

Singapore has suspended new ticket sales on vaccinated travel lane flights amid spikes in COVID-19 cases through January 20, 2022. United, as a result, has pushed back its relaunch date for the route from January 5, 2022, to January 19, 2022.

Singapore Airlines will be United’s main competition on the route; though, the two are partners in Star Alliance. United will notably offer two daily flights to Singapore starting on March 26, 2022, with the importance of the destination signified by the flight number, UA1, on one of the San Francisco to Singapore flights.

United will be the only US airline to fly to Singapore.

Between Newark and Hong Kong United plans to return to Hong Kong on March 4, 2022, with flights from San Francisco and Newark. But Hong Kong, like many Asian destinations, has notoriously strict COVID-19 restrictions and entry requirements that may see the resumption of flights delayed beyond the scheduled relaunch date.

The Newark-Hong Kong route has long been a United staple, inherited from its merger with Continental Airlines. Boeing 777-200 aircraft are used on this route that Continental first pioneered in 2001, the New York Times reported, just a few days before United started flying between New York City and Hong Kong.

Between Newark and Johannesburg, South Africa United first launched flights to Johannesburg in June once South Africa reopened its borders to Americans. South African Airways, a United partner through Star Alliance, stopped flying between Johannesburg and New York in March 2020 and left a gap United was ready to fill with its Boeing 787 Dreamliner.

The route has continued consistently during the pandemic and United continued to fly to South Africa despite new Omicron variant-related travel restrictions impacting non-US citizens and legal permanent residents throughout December. Those travel restrictions will be lifted, however, on December 31.

United is one of only two airlines flying to South Africa, joining Delta Air Lines in serving Johannesburg.

Between Los Angeles and Melbourne, Australia United is set to return to Melbourne, Australia on March 4, 2022, after what will be a two-year absence. But the route’s relaunch may depend on the Australian state of Victoria’s entry requirements.

International visitors are currently required to apply for an arrival permit and quarantine upon arrival until receiving a negative COVID-19 test result taken within 24 hours of arrival. Qantas will be United’s primary competition and is currently flying passengers on the route while no other US airlines plan to serve Melbourne.

Between San Francisco and Melbourne, Australia United similarly resume its flights between San Francisco and Melbourne on March 5, a route also put on pause in March 2020. Relaunching the route from San Francisco, as with the route from Los Angeles, will likely depend on entry requirements for foreign visitors.

Qantas began operating flights on the route in September 2018 and will be United’s only competition on the route. But the Australian flag carrier has not yet announced a relaunch date for the route. United began flying to Cape Town, South Africa in December 2019, shortly before the pandemic impacted travel between the US and South Africa. The Biden administration’s South Africa travel restrictions overshadowed United’s December 1 relaunch but flights have continued despite the restrictions and are planned into 2022.

Cape Town isn’t currently served by any other US airline and United sees no competition from any carrier on the route.

Where other carriers will fly the furthest from the US American and Delta operate the other two longest routes on the top 10 list.

Delta takes the number four spot with its 7,300-nautical mile route between Atlanta and Johannesburg, the longest in its route network. A long-time Delta staple, the route resumed in August after being temporarily suspended during the pandemic and has continued to operate despite the Biden administration’s travel restrictions for southern Africa.

American plans to operate the fifth-longest route of any US carrier with its planned Seattle-Bangalore route that’s scheduled for October 29, 2022. First announced in 2020, American has had to delay the route’s launch due to pandemic travel restrictions and delays in receiving Boeing 787 Dreamliner aircraft. United’s 2022 route network may be taking the airline around the world. But there are also some regions in which the Chicago-based airline’s absence is notable.

South America is where United relies more on partner airlines including Copa Airlines and Avianca than flying its own aircraft, especially destinations farther from the US including Cordoba, Argentina; Brasilia, Brazil; and Montevideo, Uruguay.

American, conversely, has had South America as a key part of its strategy dating back to when it purchase Eastern Airlines’ Latin America routes. “For more than 30 years, American has been serving Latin America and American has been the leading US airline in South America,” Harteveldt said, a position American was forced to defend when it lost LATAM Airlines as a partner to Delta Air Lines in 2019.

United serves most of South America’s top destinations — including Bogota, Colombia; Sao Paulo, Brazil; Buenos Aires Argentina; and others — but travelers looking to fly elsewhere will have to use a partner airline. And while partner airlines can offer a greater network, they may have a markedly different onboard experience that is outside of United’s control.

The Gulf region of the Middle East is also entirely unserved by United following the end of the Washington-Dubai route in 2016. American will be the first airline to fly to a Gulf country since 2016 when its New York-Doha, Qatar route launches in 2022 with the help of Qatar Airways.

United has no such partner airlines in the Gulf to facilitate connections, leaving travelers to use European, African, or even Canadian airlines for flights to Dubai, Doha, and elsewhere.

The Middle East will see more of United in 2022 with the start of non-stop flights between Washington and Amman, Jordan in May 2022, and travelers can take United to Israel from many of the airline’s US hubs.