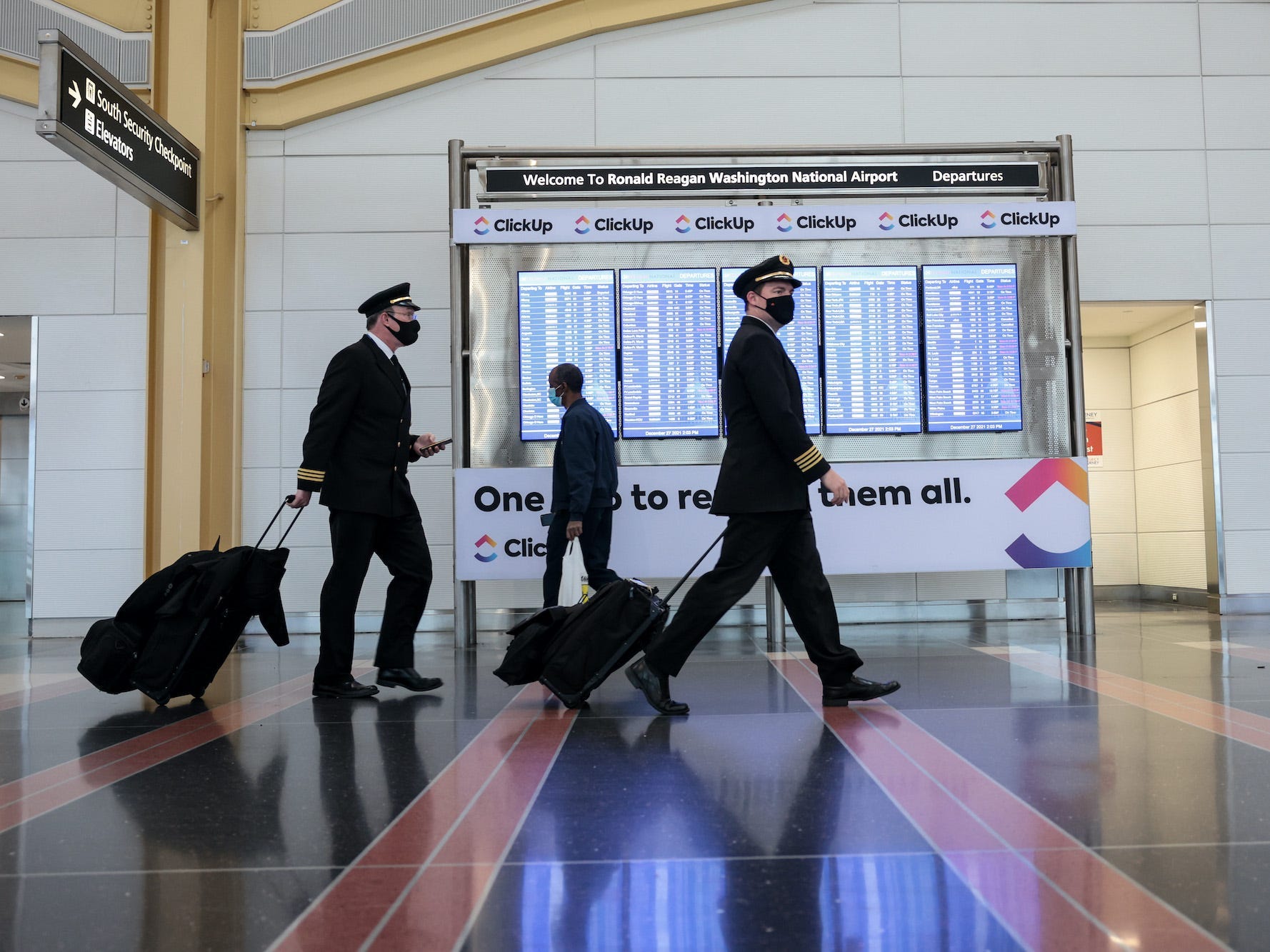 After a chaotic holiday travel week plagued by mass cancellations and delays, some airlines are turning to temporary salary bumps in an effort to incentivize workers and alleviate labor shortages.

The policies come into effect as the airline industry struggles to fill staffing holes caused by the spread of the Omicron coronavirus variant, which has prompted more than 20,000 flight cancellations since Christmas Eve, according to the flight-tracking service FlightAware.

The incentives also follow a significant uptick of verbal and physical assaults made against airline staffers in recent months. The Federal Aviation Association reported a total of 5,779 incidents involving unruly passengers, a majority of which involved disagreements over mask requirements, according to available data through December 21, 2021.

Bryan Quigley, United’s senior vice president for flight operations, notified pilots of the triple pay opportunity in a memo circulated on Friday. In the letter, which was obtained by Insider, Quigley said the incentive was developed in tandem with the Air Line Pilots Association, and will apply to workers who take on unstaffed trips through January 29.

“Thank you all for your hard work and professionalism during this holiday season,” Quigley wrote in the memo. “We continue to do everything we can to take care of our customers during this challenging time and today I’m happy to share a significant update: we worked with the ALPA to provide additional compensation for pilots.”

Spirit Airlines employees also learned of salary incentives on Friday through their union, the Association of Flight Attendants-CWA, which announced all flight attendants would be eligible for double pay through January 4.

“All flight attendants, regardless of how you have obtained your pairing, will be receiving 200% pay for any pairing that touches Dec. 28 through Jan. 4,” the AFA-CWA said in a statement.

As of Saturday afternoon, there were more than 2,400 flight cancellations and nearly 2,000 delays, according to FlightAware. Many airlines have already proactively canceled flights throughout the month in anticipation of staffing shortages, including JetBlue, which also announced it will allow customers to change or cancel flights for free through mid-January.