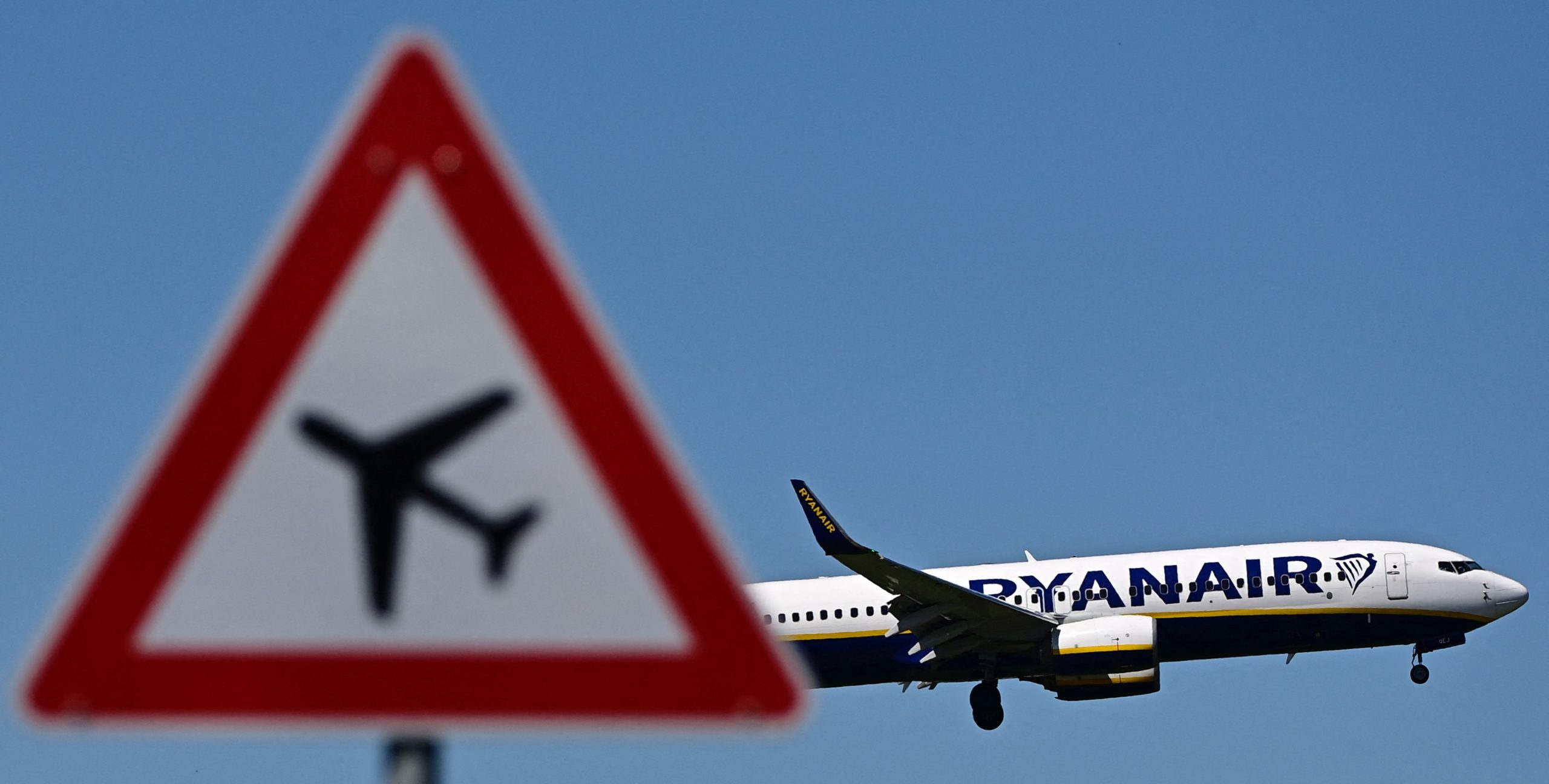 The bomb threat that diverted a Ryanair passenger flight to Belarus last year was “deliberately false,” according to the U.N.’s aviation agency’s report of the incident.

But the International Civil Aviation Authority (ICAO) said it was “unable to attribute the commission of this act of unlawful interference to any individual or State,” in part due to missing information from Belarus authorities.

The Ryanair plane was traveling to Vilnius from Athens on May 23 when it was forced to land in Minsk, where authorities arrested the journalist Roman Protasevich and his partner Sofia Sapega.

A number of EU leaders reacted in outrage, calling the incident “illegal” and an “act of state terrorism,” and questioning the validity of the bomb threat. Ryanair boss Michael O’Leary described the incident as a “state-sponsored hijack.”

In its highly anticipated report on the incident, the ICAO said it could not corroborate Minsk air traffic controlers’ version of events and considered the bomb threat to be false.

“As neither a bomb nor evidence of its existence was found during pre-departure screening in Athens Greece and after various searches of the aircraft in Belarus and Lithuania, it is considered that the bomb threat was deliberately false,” it said.

According to the report, Minsk air traffic controlers said they told Ryanair that several airports had received a bomb warning from the terrorist group Hamas. (The group has denied involvement.)

But investigators could not establish how the controlers would have known that “emails had been shared with several airports,” the report said, adding that Belarusian authorities didn’t provide the agency with some requested information.

The ICAO report also said it “could not corroborate” Belarus’ claim that a phone call had taken place between Minsk Airport and Belarusian air traffic control relaying the bomb threat. Belarus’ Department of Aviation didn’t submit any related information, referring to national legal protections to explain its refusal.

Investigators were also unable to meet or interview the Belarusian air traffic controler assigned to the Ryanair flight, the report noted. Belarusian authorities said he did not report for duty after his summer leave, and that they had no information on his whereabouts and no way to contact him.

The agency’s investigators stressed that knowingly communicating false information that endangers the safety of an aircraft in flight is considered an offense under the U.N. agency’s rules, but added that they had been unable to link the incident to “any individual or State.”

The investigating team did not receive video footage that could have shown “certain significant activities regarding the processing of passengers” once they disembarked in Minsk. It was also “not provided with a satisfactory rationale to explain why records had not been preserved.”

The report noted that several countries have opened investigations into the incident, which could help to establish any “missing facts.”

Belarusian opposition figure Svetlana Tikhanovskaya said the ICAO report “shows that the regime tried to hide facts” about the incident.

“It also confirms — the truth is on the side of Belarusians, not the dictator. ICAO should take a hard line to prevent autocrats to repeat such incidents,” she tweeted, adding that the issue should be raised at the U.N.’s Security Council.

The report will be discussed by the ICAO’s 193-country Council on January 31. It will also consider a complaint made by Belarus about sanctions placed on the country following the incident.