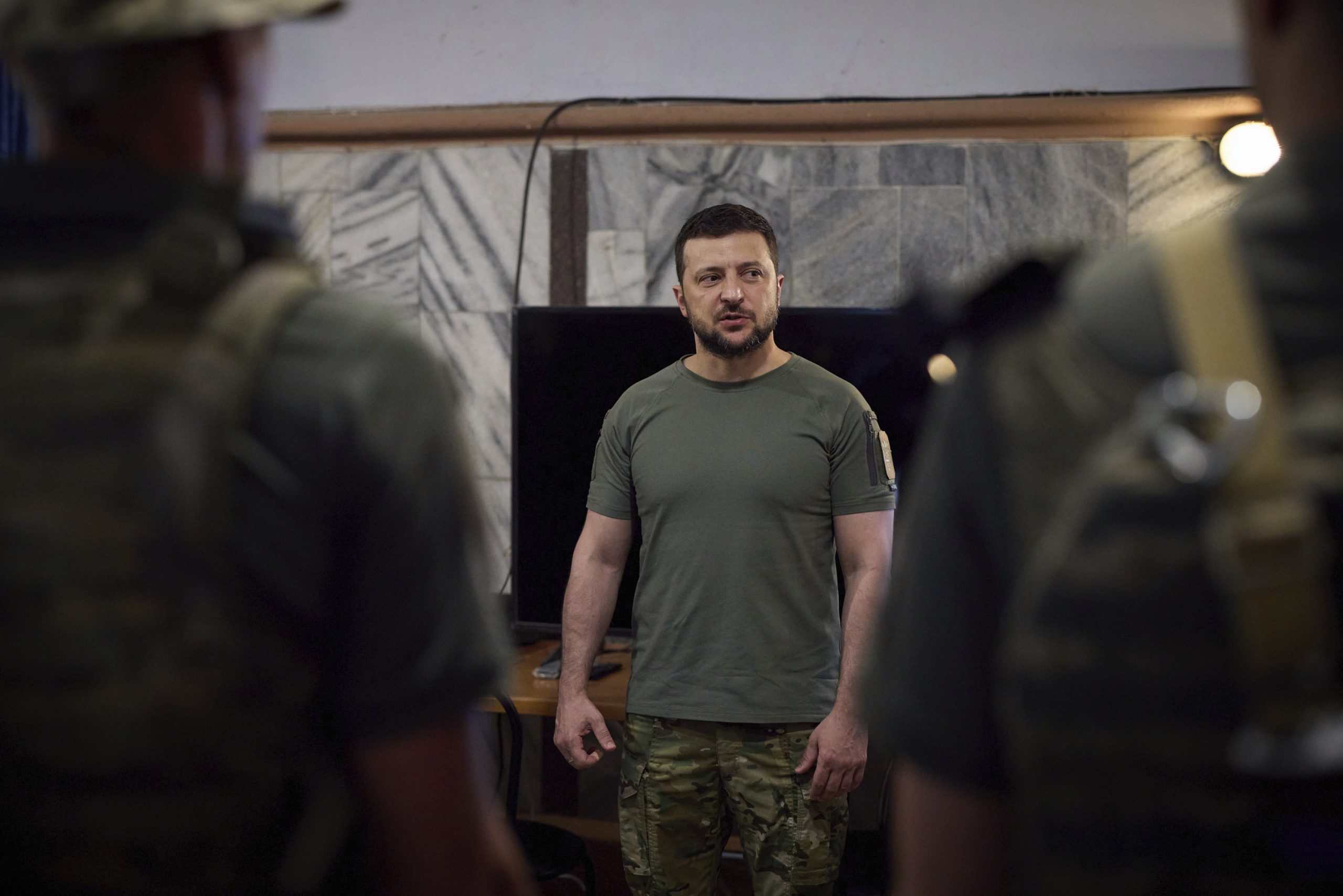 Zelenskyy said in a video address published on Telegram that he had dismissed the security chief, Ivan Bakanov, a childhood friend who led his presidential campaign, and Prosecutor General Iryna Venediktova, a close ally who was his foreign affairs adviser during his presidential run, after losing faith in their abilities to run their offices.

He said hundreds of cases had been opened into officials from both offices who are accused of “high treason” for aiding Russia in its invasion of Ukraine. More than 60 employees of both offices currently work with Russia-imposed authorities in occupied

The shake-up came three weeks after POLITICO first reported that Zelenskyy had tired of his longtime friend Bakanov and was looking to replace him with someone more suitable to serve as the wartime chief of the Security Service of Ukraine, or SBU, according to four officials close to the president and a Western diplomat who has advised Kyiv on reforms needed to revamp the SBU.

After Zelenskyy won a landslide presidential vote in 2019, he set out to clean up the SBU and tapped Bakanov to lead the charge in an attempt to showcase the newly elected leader’s determination to prove to the West that Kyiv was serious about reforms.

But Bakanov’s appointment was criticized by opposition parties who said someone with his background was unfit to lead the top intelligence-gathering agency. He had been at Zelenskyy’s side since the latter rose from a scrawny comedian in the industrial, south-central city of Kryvyi Rih to a muscular, war-hardened leader famous well beyond Ukraine’s borders.

“We are highly unsatisfied with his job and are working to get rid of him,” a top Ukrainian official close to Zelenskyy told POLITICO in June on the condition of anonymity to talk about sensitive personnel issues. “We are not satisfied with his managerial, you know, [skills] because now you need … anti-crisis management skills like we don’t think that he has.”

The officials and the Western diplomat all said at the time that the concern was greater than just Bakanov — it’s also about the decisions of several senior agency personnel in the first hours and days of Russia’s full-scale invasion of Ukraine that may have cost the country precious territory, including the strategic city of Kherson.

Kherson was occupied by the Russian army on March 3, seven days after President Vladimir Putin launched his new offensive.

The Ukrainian officials said Russian troops were able to take Kherson so easily because of the failure on the part of SBU officials there to blow up the Antonovskiy Bridge spanning the Dnipro river, allowing Russian troops to cruise into the city.

Known by its Ukrainian acronym, the SBU is the successor agency of the Soviet-era KGB. With more than 30,000 employees, the SBU is more than seven times the size of Britain’s MI5 and nearly the size of the FBI — which employs 35,000 people — despite Ukraine being 16 times smaller than the U.S.

While it is tasked with traditional domestic intelligence and counterintelligence gathering, the SBU’s activities also go beyond the scope of similar agencies in Western nations; among its duties is combating economic crimes and corruption.