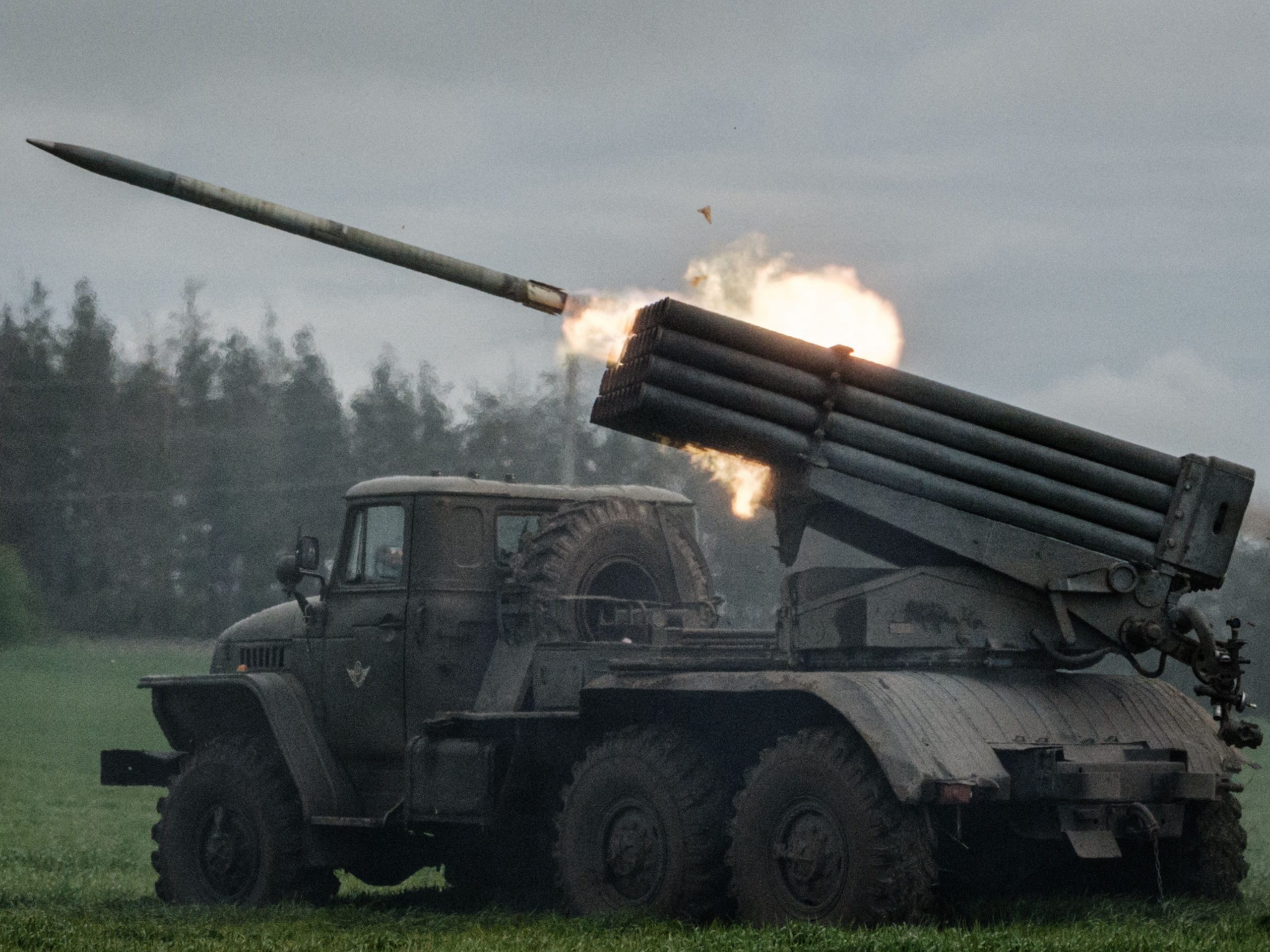 A rocket is launched from a truck-mounted multiple rocket launcher near Svyatohirsk, eastern Ukraine, on May 14, 2022, amid the Russian invasion of Ukraine.

Ukraine’s defense minister said the country still needs more firepower to push back Russian troops and offered the battlefield to be a testing ground for arms manufacturers.

“Ukraine is now essentially a testing ground,” Defense Minister Oleksii Reznikov said in a Tuesday conversation with the DC-based think tank Atlantic Council when asked what the country has learned from weapons delivered from the West.

“Many weapons are now getting tested in the field, in the real conditions of the battle against the Russian army, which has plenty of modern systems of its own,” he added, citing electronic warfare, air defense systems, cruise missiles, and ballistic missiles.

Reznikov said Ukraine is sharing information with all its Western partners and added that the military is “interested  in testing modern systems” in the ongoing five-month-long war against Russia. He said Ukraine is now “inviting arms manufactures to test their new products” on the battlefield.

“I think for our partners in Poland, in the United States, in France, or Germany, it’s a good chance to test the equipment,” he said. “Or, our Turkey partners.”

“Give us the tools — we will finish the job,” he said.

Military experts and world leaders have said that Ukrainian success hinges on Western support — including economic sanctions and the continuation of weapons deliveries.

“This has significantly slowed down the Russian advance and dramatically decreased” the frequency of artillery shelling, Reznikov said. “So it’s working.”