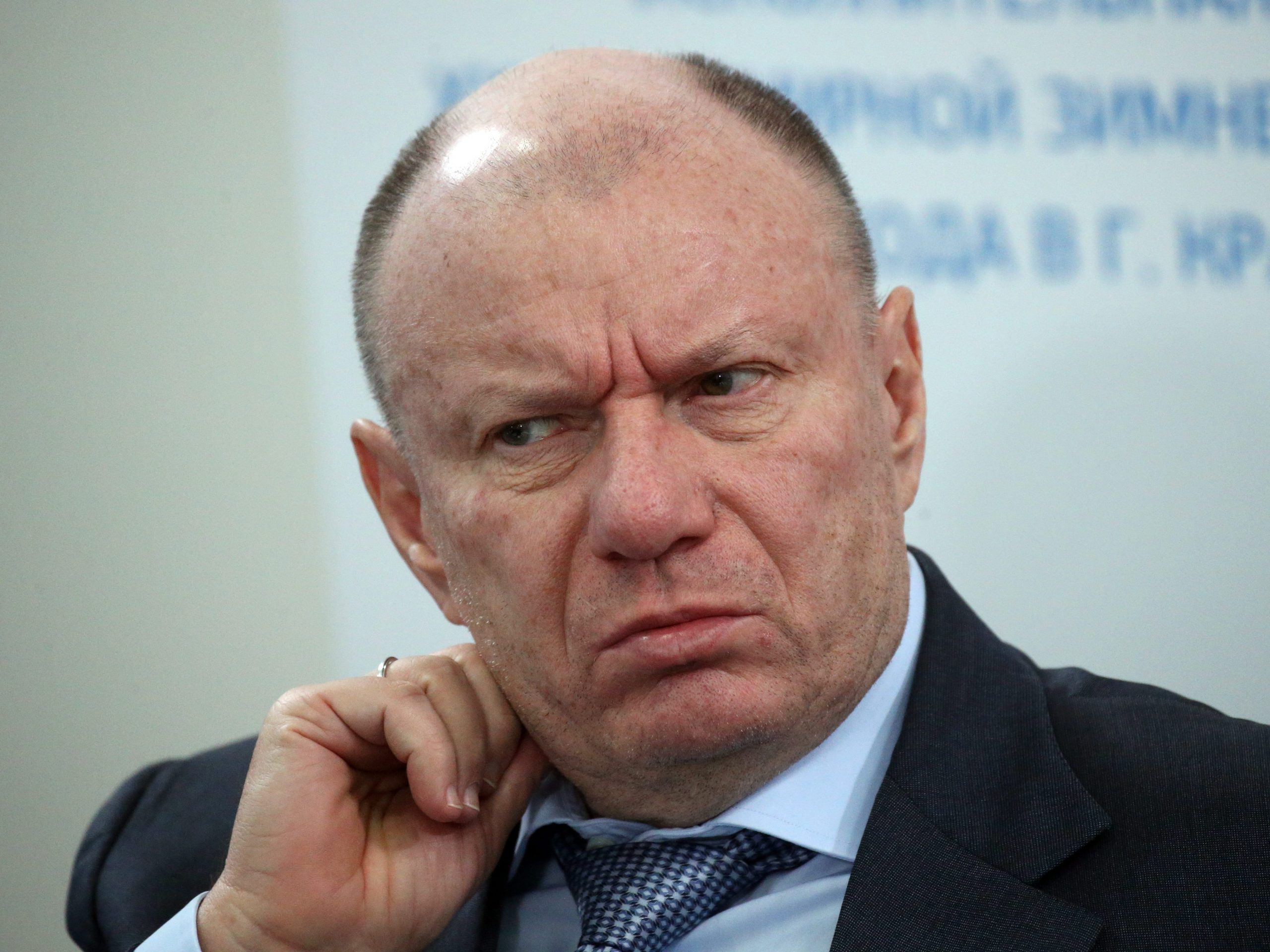 The UK on Wednesday slapped sanctions on one of Russia’s richest men — an oligarch known as “Nickel King” — over Moscow’s more than four-month-long war with Ukraine.

The UK’s latest round of sanctions targeted billionaire Vladimir Potanin, whom the British government described as the “second richest man” in Russia.

Potanin, a mining tycoon and close ally of Russian President Vladimir Putin, has a net worth of  $37.1 billion, according to the Bloomberg Billionaires Index.

“As long as Putin continues his abhorrent assault on Ukraine, we will use sanctions to weaken the Russian war machine,” a UK government spokesperson said in a statement. “Today’s sanctions show that nothing and no one is off the table, including Putin’s inner circle.”

Potanin controls the major Russian conglomerate Interros, which has large stakes in industries including energy, metals, and mining.

The “Nickel King” oligarch “continues to amass wealth as he supports Putin’s regime, acquiring Rosbank, and shares in Tinkoff Bank in the period since Russia’s invasion of Ukraine,” the UK said.

“Tsivileva’s husband Sergey Tsivilev is governor of the coal rich Kemerovo region and the couple have significantly benefited from their relationship to Putin,” the UK government said, adding that the mining company has also been sanctioned.

The UK said it is working to implement new measures to prevent Russia from accessing UK trusts services.

Since Putin launched his unprovoked war on Ukraine on February 24, the UK has sanctioned more than 1,000 people and over 100 businesses.

“Russian imports have dropped over 40% since the invasion and stockpiles of vital imported manufacturing components are likely to be depleted in the next three to six months,” the UK government said.

Meanwhile, the UK on Wednesday said it also sanctioned a group of Russian individuals and companies for supporting the regime of Syrian President Bashar al-Assad.