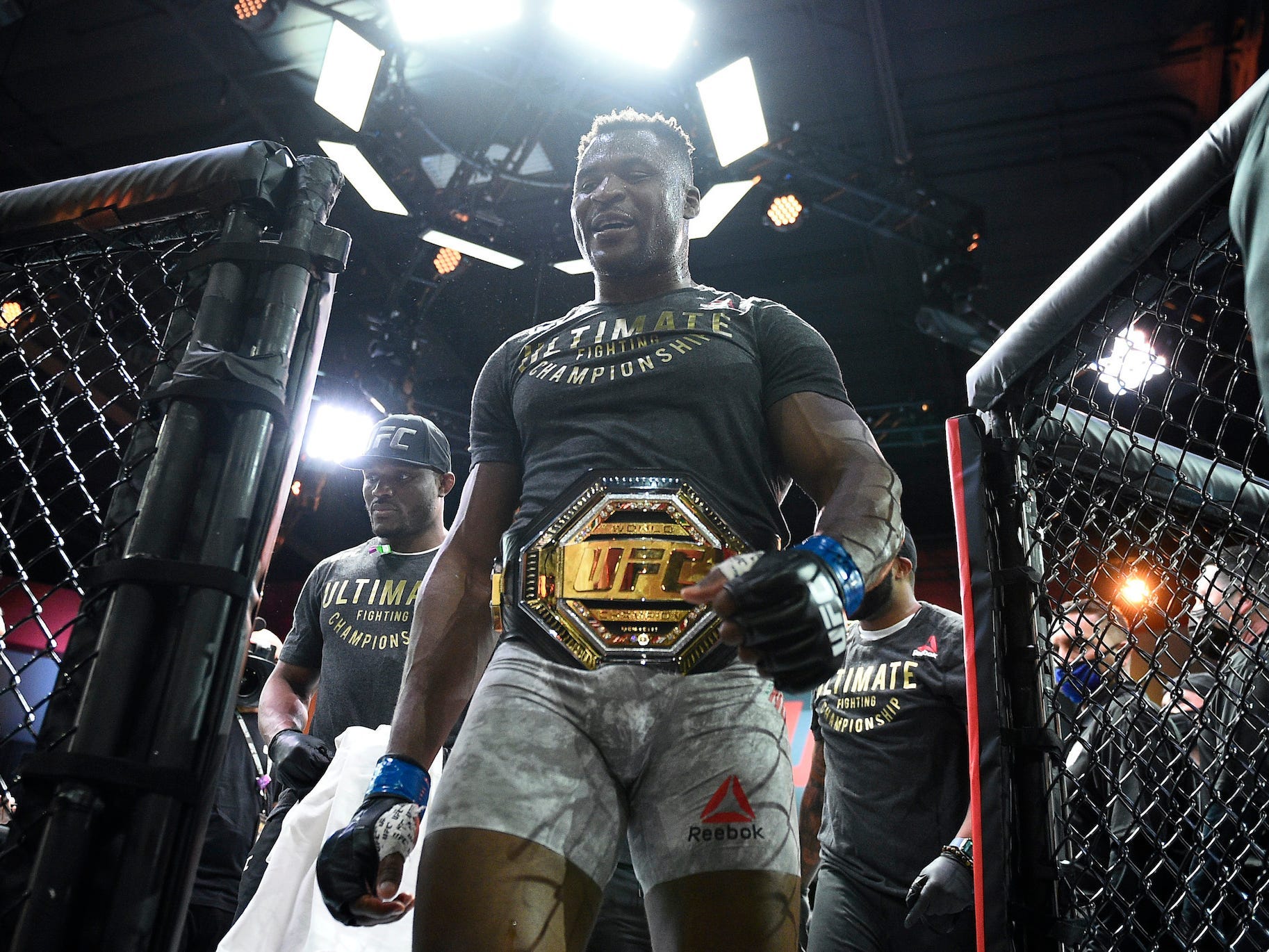 UFC Heavyweight champion Francis Ngannou will return to the octagon at UFC 270 for the first time since winning the belt in March 2021. UFC 270, the league’s first pay-per-view event of 2022, features a pair of championship fights on January 22. Heavyweight champion Francis Ngannou and flyweight champion Brandon Moreno will both enter the ring in their first title defenses.

Ngannou will fight interim heavyweight champion Ciryl Gane. Ngannou won the heavyweight belt in March 2021 but contract disputes with UFC led the promotion to hold an interim championship fight between Gane and Derrick Lewis in August 2021. Gane is undefeated in 10 career fights, while Ngannou has 16 wins and three losses.

Moreno will face Deiveson Figueiredo in a trilogy fight. Moreno defeated Figueiredo by submission to earn UFC’s flyweight belt in June 2021, and their first match in December 2020 ended in a draw.

UFC 270 will stream live on ESPN+ from the Honda Center in Anaheim, California. The main card is a $75 pay-per-view event. You’ll also need an ESPN+ subscription, which costs $7 a month or $70 per year, to order the fight.

Here’s the fight card for UFC 270: Ngannou vs. Gane Before the main event, you can catch the early prelims at 6 p.m. ET on UFC Fight Pass, and the prelims at 8 p.m. ET on ESPN+ and the ESPN cable channel.

You can access the ESPN+ app on all major mobile and streaming devices, including Amazon Fire, Apple, Android, Chromecast, PS4, Xbox One, Roku, Samsung Smart TVs, and more.

Ways to save on the UFC 270 pay-per-view price

If you plan on signing up for ESPN+ to watch UFC 270, you can take advantage of a special discounted package.

New subscribers can purchase a year-long ESPN+ membership with access to UFC 270 included for a total of $99.98. That’s more than 30% off the regular combined price of an annual plan and a PPV match. Following your first year of service, ESPN+ will then renew for the regular annual price of $70.