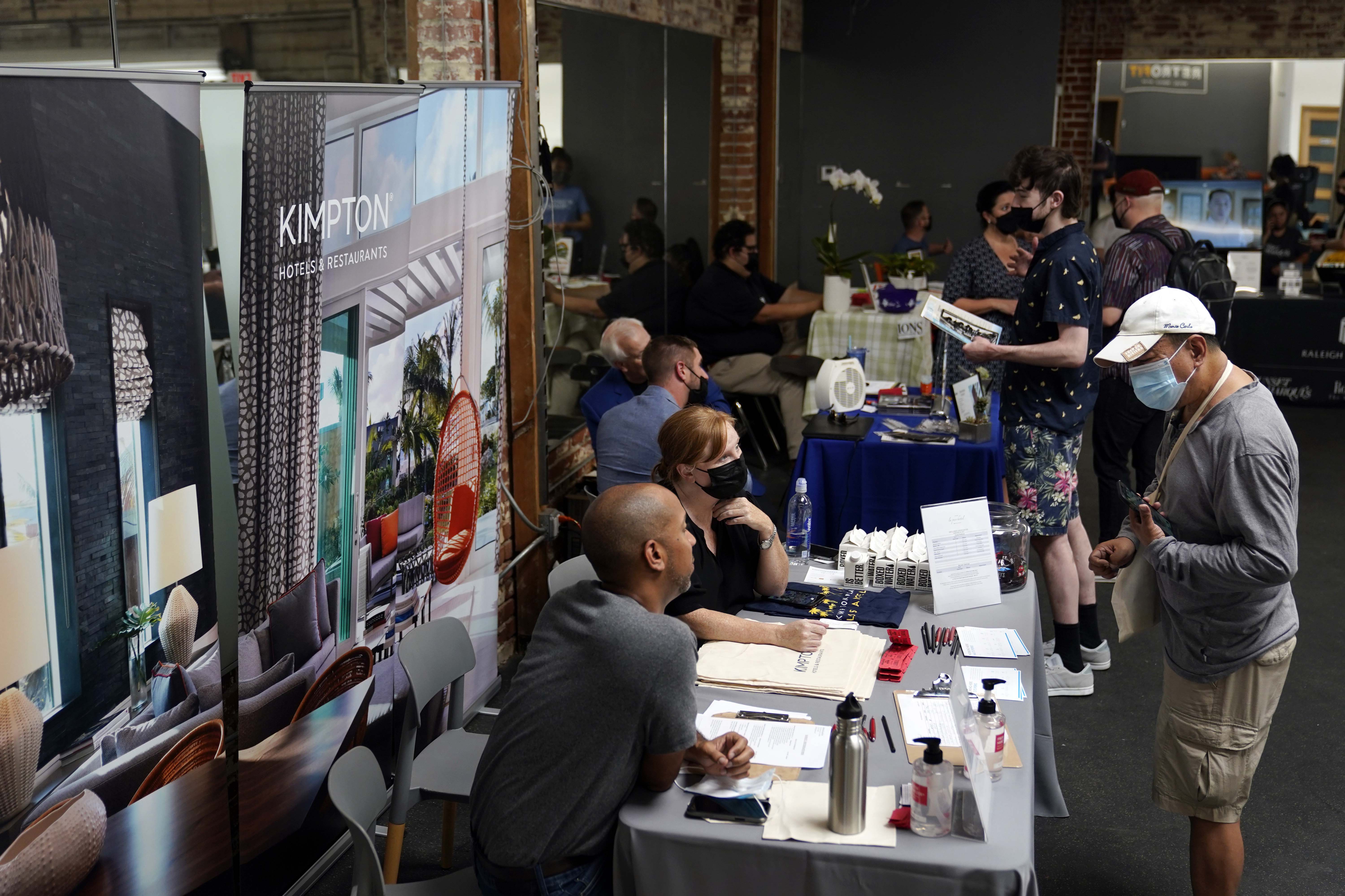 WASHINGTON — The number of Americans applying for unemployment benefits fell below 200,000, more evidence that the job market remains strong in the aftermath of last year’s coronavirus recession.

Jobless claims dropped by 8,000 to 198,000, the Labor Department reported Thursday. The four-week average, which smooths out week-to-week volatility, fell to just above 199,000, the lowest level since October 1969.

The numbers suggest that the fast-spreading omicron variant has yet to trigger a wave of layoffs.

Altogether, 1.7 million Americans were collecting traditional unemployment aid the week that ended Dec. 18. That was the lowest since March 2020, just as the pandemic was starting to slam the U.S. economy, and down by 140,000 from the week before.

The weekly claims numbers, a proxy for layoffs, have fallen steadily most of the year. Employers are reluctant to let workers go at a time when it’s so tough to find replacements. The United States had a near-record 11 million job openings in October, and 4.2 million Americans quit their jobs — just off September’s record 4.4 million — because there are so many opportunities.

The job market has bounced back from last year’s brief but intense coronavirus recession. When COVID hit, governments ordered lockdowns, consumers hunkered down at home and many businesses closed or cut back hours. Employers slashed more than 22 million jobs in March and April 2020, and the unemployment rate rocketed to 14.8%.

But massive government spending — and eventually the rollout of vaccines — brought the economy back. Employers have added 18.5 million jobs since April 2020, still leaving the U.S. still 3.9 million jobs short of what it had before the pandemic. The December jobs report, out next week, is expected to show that the economy generated another 374,000 jobs this month.

The unemployment rate has fallen to 4.2%, close to what economists consider full employment.

“The overall picture painted by these data points to a rapid pace of job growth,″ said Joshua Shapiro, chief U.S. economist at the consulting firm Maria Fiorini Ramirez Inc. Hiring would have been even stronger “had businesses been able to hire as many workers as they wished.″