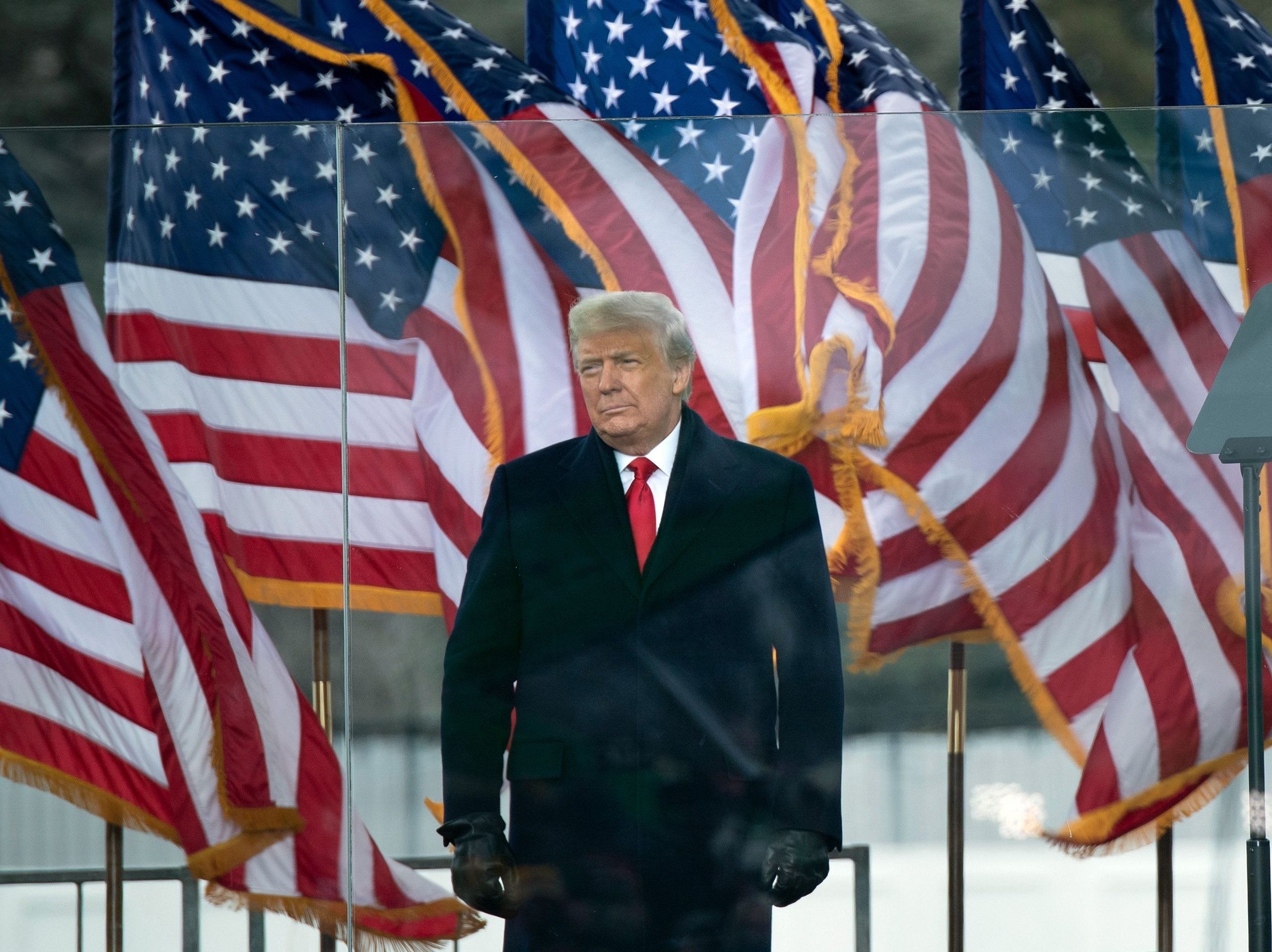 Former US President Donald Trump arrives to speak to supporters from The Ellipse near the White House on January 6, 2021, in Washington, DC.

Former President Donald Trump would have had to squeeze through an “extremely tight” space to be able to grab the steering wheel of his SUV and lunge at a Secret Service agent, as former White House aide Cassidy Hutchinson testified Tuesday.

It’s not impossible, one former Secret Service agent said, but it’s not likely for the 6-foot-3, nearly 250-pound Trump, who the agent noted is also “not the most agile human being.”

“Trump’s not a little guy, right? And the space to actually be able to lunge towards the wheel is not that big,” the former agent said, speaking on background to Insider.  “I don’t mean to sound disparaging to the former president, but just his girth would prevent him from actually getting to the steering wheel.”

Hutchinson’s recounting of the lunging episode was one of the most explosive allegations during an extraordinary day of testimony Tuesday to the House committee investigating the January 6, 2021 attack on the US Capitol. She said she was told that Trump grabbed the steering wheel and used his free hand to lunge toward the clavicle of Bobby Engel, the special agent in charge of Trump’s security, when he prevented Trump from joining his supporters as the Capitol riot began.

Engel previously told the committee about a disagreement over Trump’s desire to go to the Capitol and that they returned to the White House instead, POLITICO reported last month. But CBS News and NBC News have reported that Secret Service agents are prepared to testify that Trump didn’t try to take control of the SUV or lunge at them.

“We have and will continue to make any member of the Secret Service available to the Committee,” Anthony Guglielmi, Secret Service spokesman, told Insider.

“There’s just too much gray area to bet the farm on it,” said Bill Pickle, a former deputy assistant director of the Secret Service. “Am I saying it didn’t happen? I’m not going to say that, because we all know this guy can be pretty emotional…I’ve never heard anything credible about that happening.”

The fully armored SUV isn’t like a typical Suburban. There are security features separating the front and back seats and jump seats in the back that make the space “extremely tight,” the former agent who spoke on background said.

Agents are trained to move in the opposite direction, from the front into the back seats, quickly for a medical situation. “It’s ridiculous. I mean, it’s not a pretty sight,” the former agent said, adding that it’s “hard to believe” the president would be doing that.

“It’s not impossible, right? But it would…” the former agent said with a laugh, “I just, I don’t see this president ever being able to do that. Ever.”