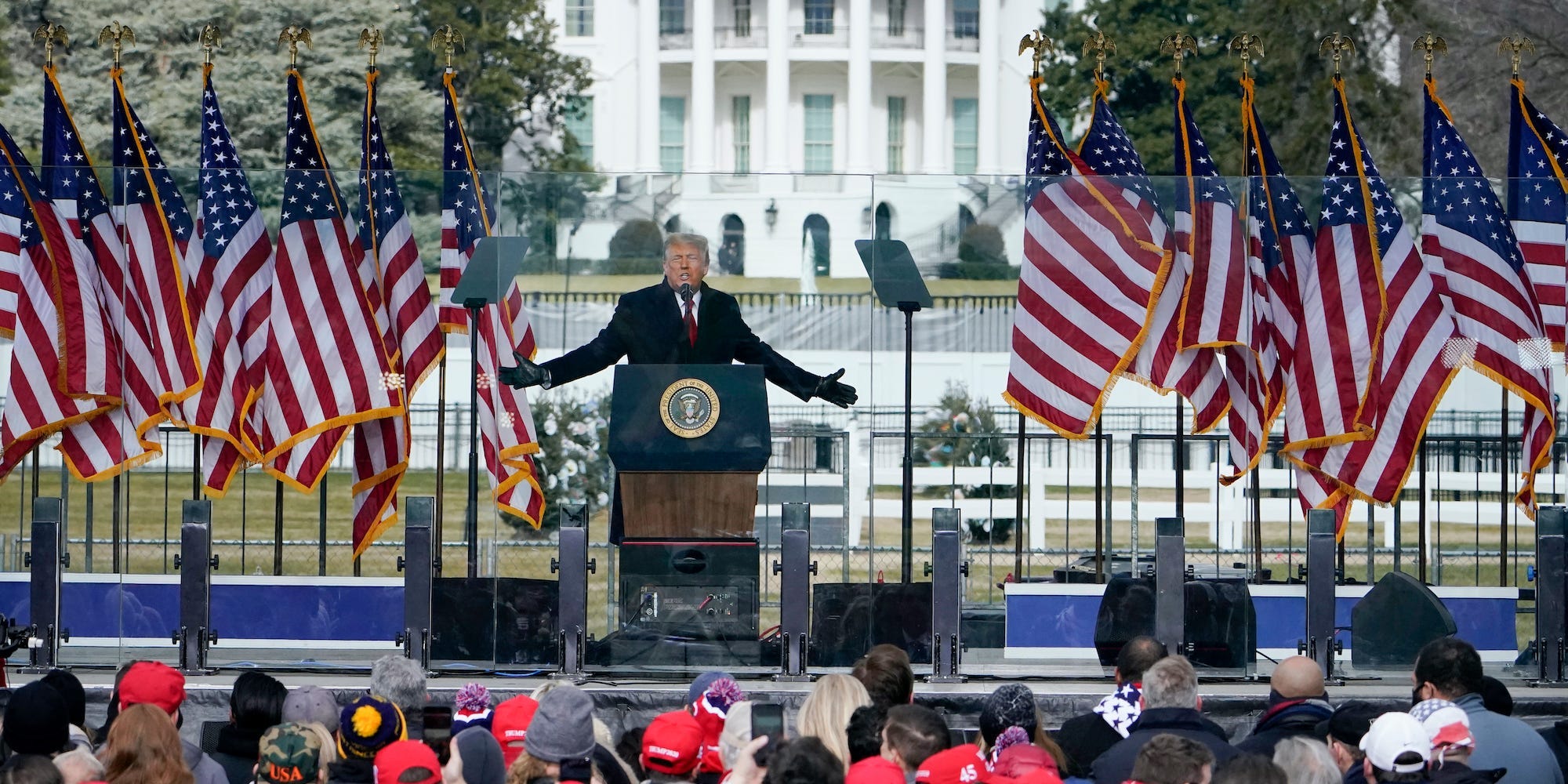 Donald Trump’s aides had persuaded him to cancel a press conference scheduled on the one-year anniversary of the Capitol riot over concerns that the former president lacked a clear message and that the event could result in a backlash of bad publicity, The Washington Post reported.

Citing a person close to the matter, The Post reported that Trump had wanted to make a scene or mock reporters at the event, and didn’t know exactly what he wanted his message to be.

“It was going to be awful, awful press,” a Trump advisor told the publication, adding that the former president had announced the event without a clear plan.

The New York Times’ Maggie Haberman reported that Trump was told that the event would not gain the media coverage he was hoping for.

Representatives for Trump did not immediately respond to Insider’s request for comment.

Trump had been scheduled to hold the press conference at his Mar-a-Lago resort in Florida in an apparent attempt at “counter programming” the events being held at the US Capitol to mark the attack.

Axios reported on Monday that Trump had planned on defending the Capitol rioters and pushing conspiracy theories claiming that anti-fascist groups or the FBI were to blame for the violence.

Legal experts told Insider’s C. Ryan Barber and Kimberly Leonard that the press conference would have run the risk of getting him into further legal trouble.

Trump’s departure from office was marked by an second impeachment over his role in inciting the riot. He was impeached by the House but acquitted by the Senate, and is the first US president in history to be impeached twice.

Since leaving the White House, Trump has continued to push baseless claims of election fraud in the 2020 vote — which inspired his supporters to attack the Capitol — defended protesters arrested after the attack, and praised a supporter who was killed by police during the insurrection.

In a statement Tuesday announcing the cancellation of the January 6 event, Trump attacked the House commission appointed to investigate the riot, and said he would instead address his grievances “at my rally on Saturday, January 15th, in Arizona — it will be a big crowd!”