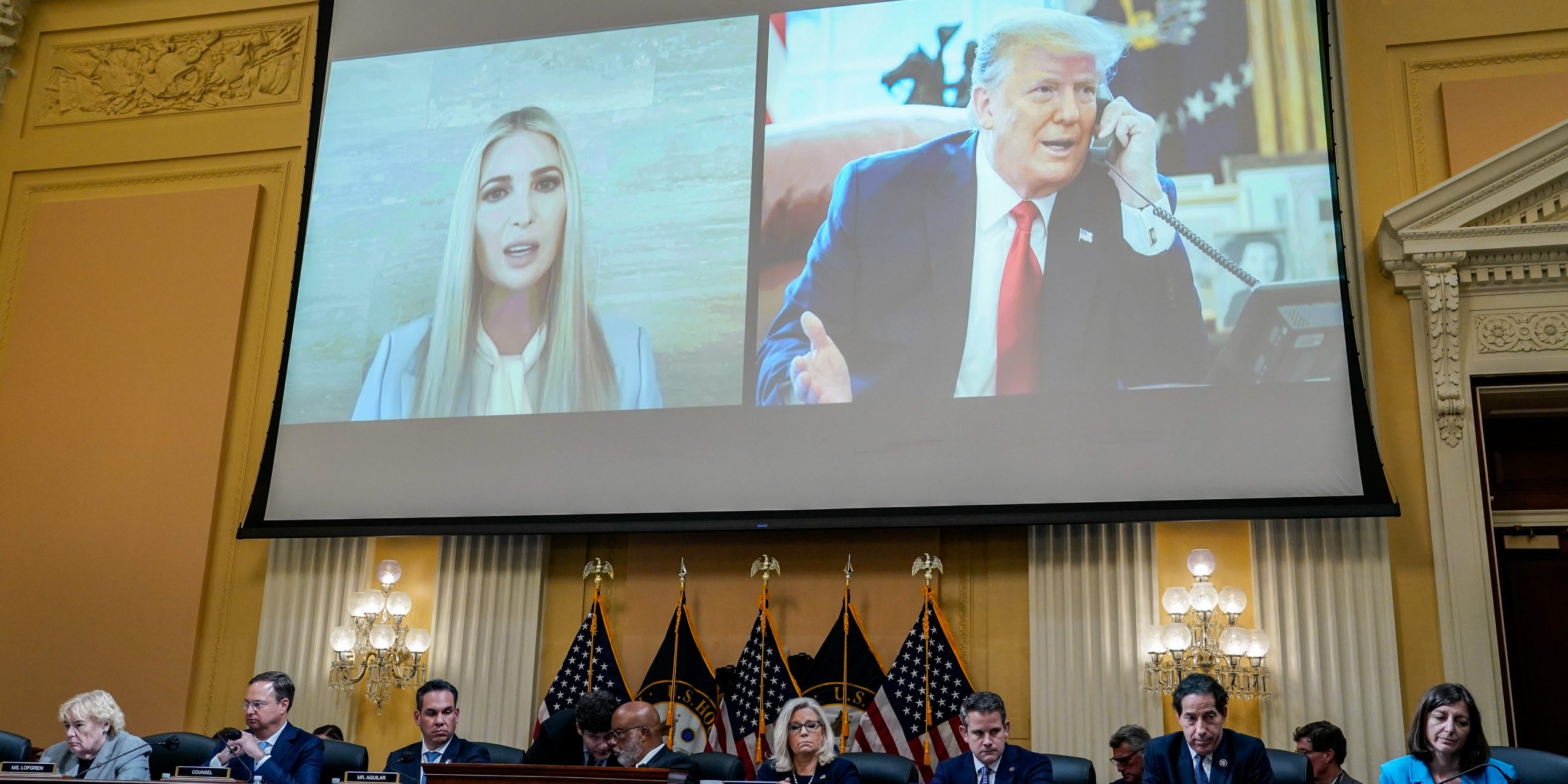 Ivanka Trump and President Donald Trump are seen on the screen, as the House Jan. 6 select committee holds its third public hearing on Capitol Hill on Thursday, June 16, 2022.

“Can you believe that?” Trump told his advisers after hearing about her testimony, the Times reported.

“She shouldn’t have said anything,” he reportedly added.

Ivanka Trump in her recorded testimony played by the committee said her perspective on the 2020 election had been “affected” by former Attorney General William Barr’s comments that widespread voter fraud claims were false.

“I respect Attorney General Barr. So I accepted what he was saying,” Ivanka said in one clip played by the committee last month.

Trump has not watched the hearings in full, but seen some and been upset at the testimony given by his allies and advisors to the congressional panel, the Times reported.

The committee held its seventh hearing on Tuesday, in which snippets of Ivanka’s eight-hour testimony were also featured. She said she believed Trump likely lost the election before December 14, 2020, when the Electoral College met to formalize then President-elect Joe Biden’s win.

In several of its hearings, the committee has shown evidence as part of its argument that Trump and his closest aides knew that he lost the election but the former president continued to spread false claims that it was stolen, culminating in the attack on the Capitol on January 6, 2021.