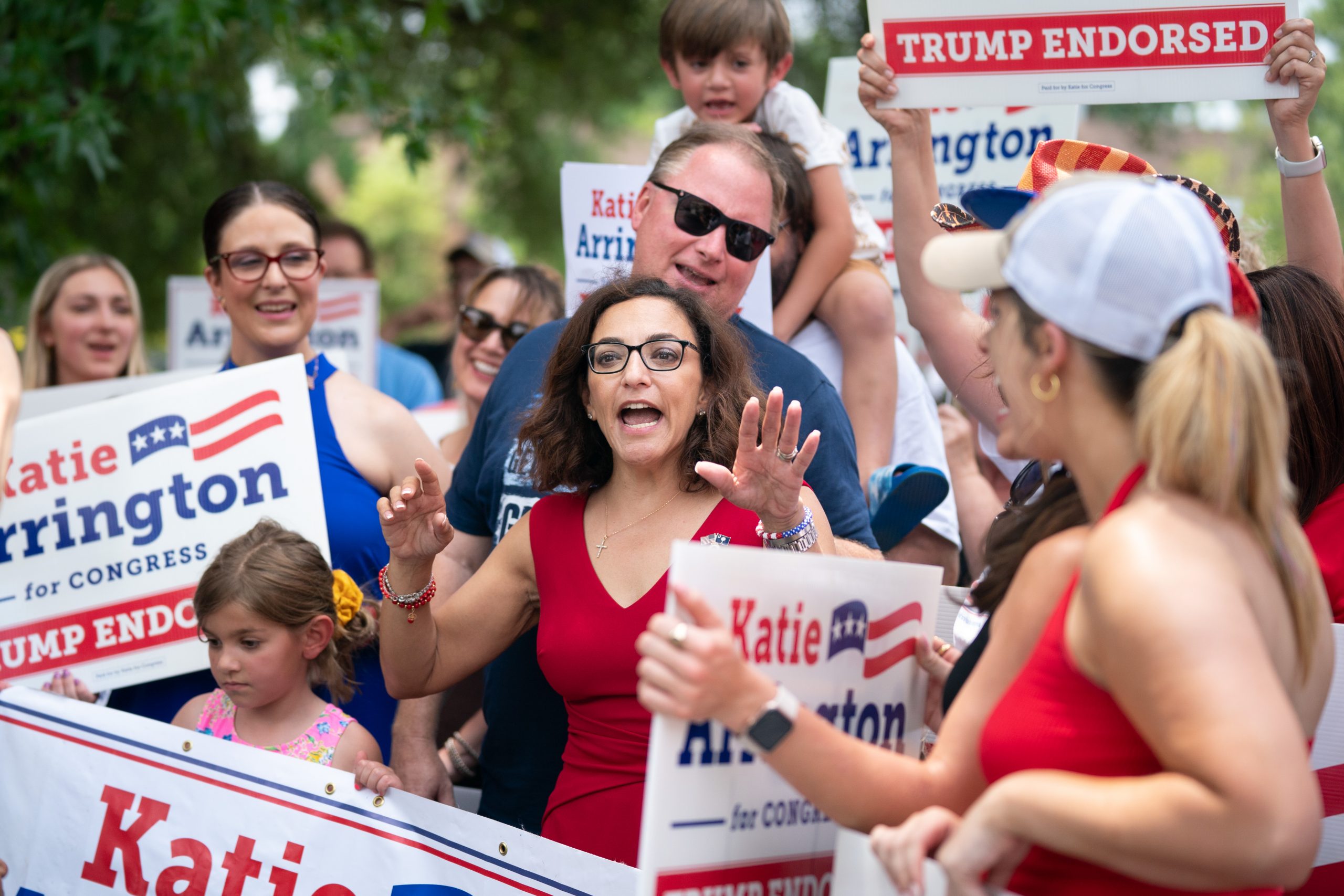 Former President Donald Trump’s endorsement is on the line in more primaries Tuesday night that will shape the future of Congress, continuing his drive to punish even partial opposition inside the GOP, while a challenge from the left is hitting a different Democratic-controlled swing seat.

Trump has endorsed a pair of primary challengers in South Carolina against GOP Reps. Nancy Mace, an occasional critic of Trump, and Tom Rice — one of the 10 House Republicans who voted to impeach the former president.

The GOP will also choose its nominees for key statewide races in Nevada, including battleground elections for Senate and governor along with three contested House seats, one of which also features a Bernie Sanders-endorsed primary challenger running against a Democratic member of Congress.

And Texas has a closely watched special election that could give an early look at the result of Democratic and Republican appeals to Latino voters.

Two other states — Maine and North Dakota — are also holding their primaries on Tuesday. The first polls close at 7 p.m. Eastern in South Carolina, with the latest shutting at 10 p.m. Eastern in Nevada.

Trump looks to grow his stamp on the House

Rice is one of the most imperilled House Republicans in the country due to his vote to impeach Trump. The five-term congressman has not backed down from his vote, telling reporters and voters on the trail that he doesn’t regret his decision.

Trump waded into the race to endorse state Rep. Russell Fry. But a crowded field beyond those two could kick the race to a runoff — a candidate needs more than 50 percent of the vote to win the nomination in a primary in South Carolina — that could turn even more vicious.

Mace, meanwhile, did not vote to impeach Trump. She has mixed occasional criticism of the former president with effusive praise. Nevertheless, Mace picked up her own Trump-endorsed challenger in Katie Arrington, a former state lawmaker who lost the general election in the district in 2018, after defeating then-GOP Rep. Mark Sanford in a primary.

Both of Nevada’s top-of-the-ticket contests have competitive GOP primaries to face off against Democratic Sen. Catherine Cortez Masto and Gov. Steve Sisolak.

In the Senate primary, former state Attorney General Adam Laxalt is trying to hold off a charging Sam Brown, an army veteran. Laxalt has the support of both Trump and Senate Minority Leader Mitch McConnell, and has still been leading in public polls.

On the governor sign of the coin, Clark County Sheriff Joe Lombardo is the GOP favorite for governor in a crowded field that also includes former Sen. Dean Heller, party-switching North Las Vegas Mayor John Lee and former boxer Joey Gilbert, among many others. Lombardo has led in public polling, even before Trump endorsed him.

There are also crowded Republican primaries in all three of the Democratic-held House seats in Nevada. After redistricting, President Joe Biden carried all three seats by single digits — making them all potential pick-up opportunities in November for Republicans.

And in another influential Nevada contest, Republicans will pick their nominee for secretary of state, the state’s chief election official. The field includes Jim Marchant, a former state lawmaker who has become a ringleader of Trump-aligned election deniers trying to take over election administration positions across the country. Democrats will nominate attorney Cisco Aguilar, who ran for his party’s nod uncontested.

Maine’s 2nd District, too, will see Republicans select a battleground district nominee to take on Democratic Rep. Jared Golden. Former Rep. Bruce Poliquin is lined up in the GOP primary.

A special election in South Texas to replace former Democratic Rep. Filemón Vela, who retired earlier this year to join a lobbying firm, won’t have long-term impact on the partisan split in the House, since the seat is disappearing soon due to redistricting. But the trends at play in the district will offer a datapoint on the GOP’s efforts to appeal to Latino voters.

Biden carried the district by 4 points in 2020 — down from double-digit margins for previous Democratic candidates. It was transformed during the redistricting process to be much bluer, with Democratic Rep. Vicente Gonzalez jumping over from a neighboring district and running here for a full term in November.

But Tuesday’s election will be under the old lines, in what could amount to an early warning sign for Democrats about the party losing support among Latino voters in the region. Both national Republicans and Democrats are spending money for a special election for a member that will ultimately only be seated for a handful of months, with Republicans rallying behind Mayra Flores and Democrats supporting Daniel Sanchez.

Sorting out the statewides

And while GOP Sen. Tim Scott and GOP Gov. Henry McMaster are both heavy favorites to win their respective elections in South Carolina in November, the primary to face McMaster has been a bitter one between former Democratic Rep. Joe Cunningham and state Sen. Mia McLeod.