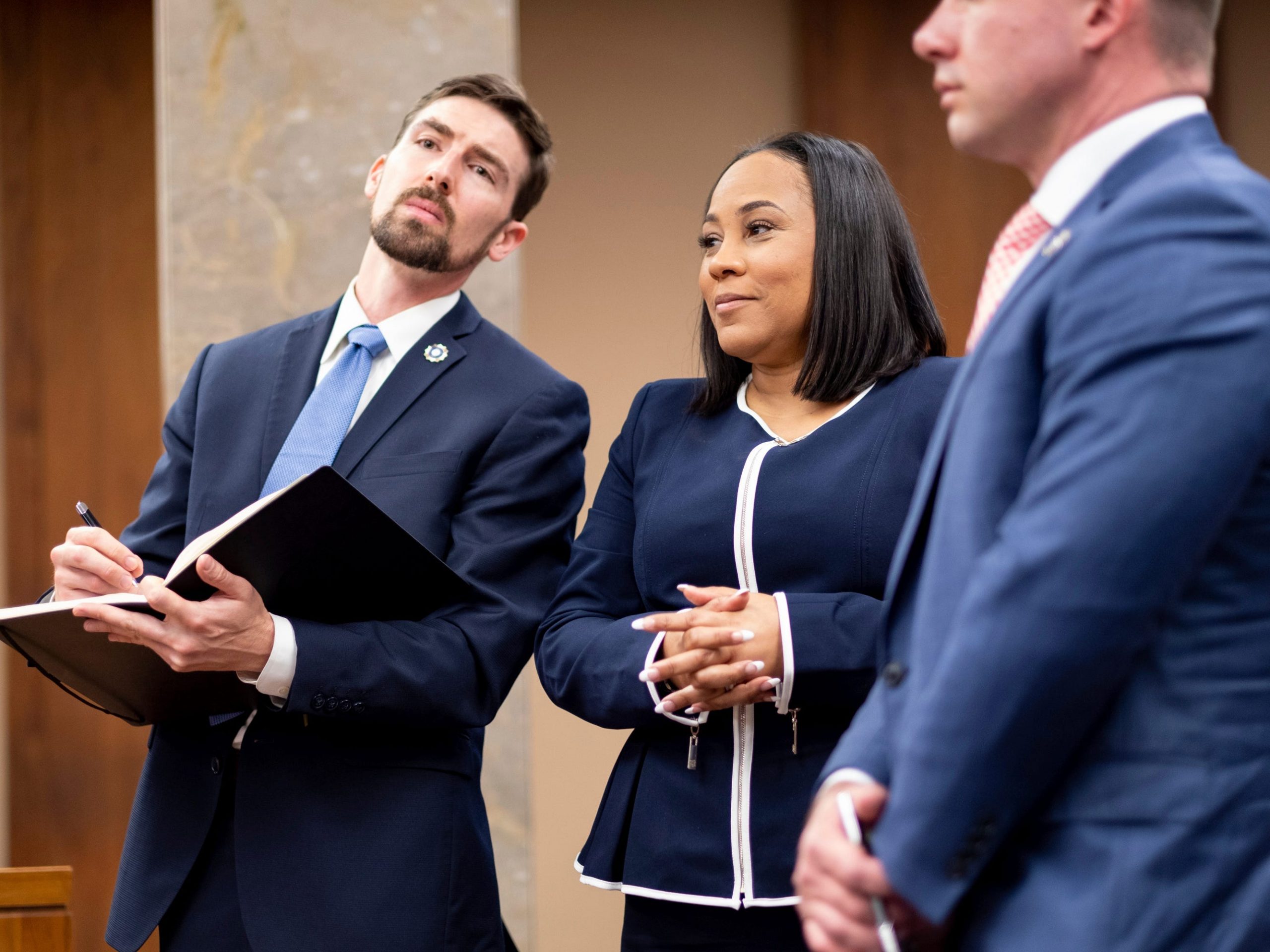 Fulton County District Attorney Fani Willis, center, and members of her team watch as potential jurors are excused during proceedings to seat a special purpose grand jury in Fulton County, Georgia, on Monday, May 2, 2022, to look into the actions of former President Donald Trump and his supporters who tried to overturn the results of the 2020 election. The hearing took place in Atlanta.

Sixteen would-be electors who were slated to serve as alternate voters in the 2020 election to overturn its results are facing possible criminal charges as Georgia prosecutors investigate allegations of election interference and conspiracy.

The electors are being investigated for participating in the creation of a document that, in an attempt to circumvent President Joe Biden’s victory in the state identified them as being among the “duly elected and qualified Electors for President and Vice President of the United States of America from the State of Georgia.” The submission of that document to the National Archives, is also a part of the investigation, according to court documents.

“Each of the sixteen persons who signed the unofficial Elector Certificate ultimately submitted to the National Archives received similar target letter, alerting that person both that his testimony was required by the special purpose grand jury and that he was target of the investigation,” the filing read.

The District Attorney of Fulton County, Fani T. Willis, is considering possible racketeering and conspiracy charges against the electors, according to the filing. Willis’ office has also been investigating possible election fraud solicitation and has subpoenaed allies of former President Donald Trump, including his personal attorney Rudy Giuliani, his legal adviser John Eastman, and Republican Sen. Lindsey Graham of South Carolina.

“This is a sign of a dramatic acceleration of her work,” Norman Eisen, who served as special counsel to the House Judiciary Committee during the first Trump impeachment, told The New York Times, adding that prosecutors typically work their way “up the food chain, so usually the first wave of target letters is not the last.”