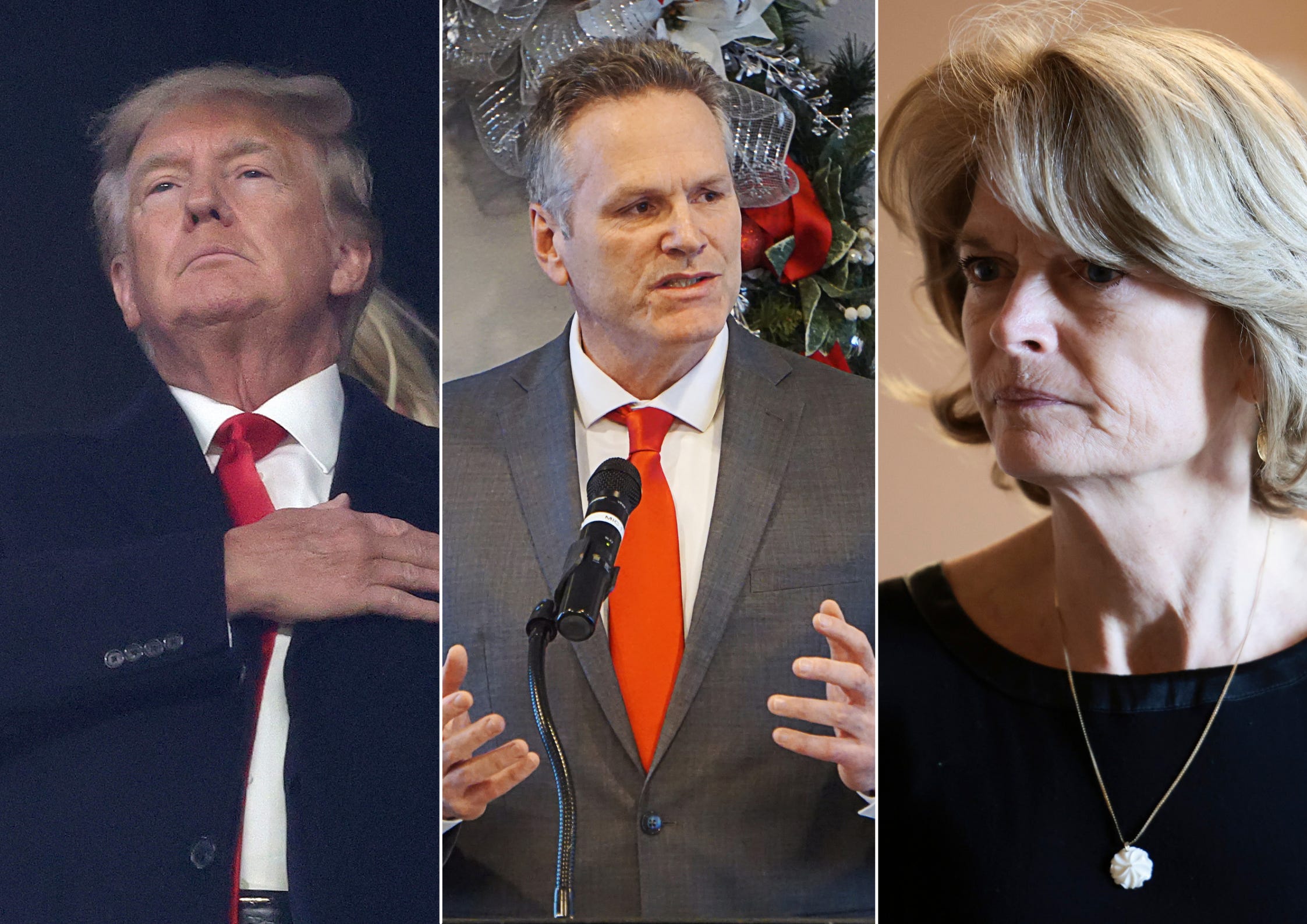 Former President Donald Trump said his endorsement of Alaska Governor Mike Dunleavy would only be in effect if Dunleavy doesn’t back Alaskan Senator Lisa Murkowski.

Former President Donald Trump announced on Tuesday that he’d support Alaska’s GOP Gov. Mike Dunleavy for reelection, but only if Dunleavy doesn’t back the state’s Sen. Lisa Murkowski, a moderate Republican with a history of criticizing Trump.

“Mike Dunleavy has been a strong and consistent Conservative since his time in the Alaska State Senate,” said Trump in a statement. “I was proud to endorse his first run for Governor, and I am proud to support his reelection, too.”

Trump praised Dunleavy for his handling of the pandemic and gave him his “complete and total endorsement” — with one caveat.

“This endorsement is subject to his non-endorsement of Senator Lisa Murkowski, who has been very bad for Alaska, including losing ANWAR, perhaps the most important drilling site in the world, and much else,” the statement read.

Should Dunleavy fail to meet that condition, Trump’s endorsement would be “null and void, and of no further force or effect,” the former president said.

Murkowski was one of the seven GOP senators who voted to convict Trump in his February impeachment trial. In January, she called for his resignation in the wake of the Capitol attack and said she would leave the Republican party if it didn’t break off from the former president.

“I want him to resign. I want him out,” Murkowski said, according to Anchorage Daily News. “He has caused enough damage,”

In turn, Trump has sought to oust Murkowski in her reelection campaign, endorsing her opponent Kelly Tshibaka, as Insider’s John Dorman previously reported. The former president even said he would travel 5,000 miles from his home in Florida to Alaska to campaign against Murkowski.

“Murkowski has got to go!,” Trump wrote in June. “Kelly Tshibaka is the candidate who can beat Murkowski — and she will. Kelly is a fighter who stands for Alaska values and America First. She is MAGA all the way, pro-energy, strong on the Border, tough on Crime and totally supports our Military and our great Vets.”

Dunleavy, who survived a recall campaign against him earlier this year, has aligned himself with Trump and supported the former president when he refused to concede the 2020 election.

“I, for one, will support our president’s efforts to ensure that the election is completed with integrity. Let us hope and pray that it is,” Dunleavy wrote in a statement last November.