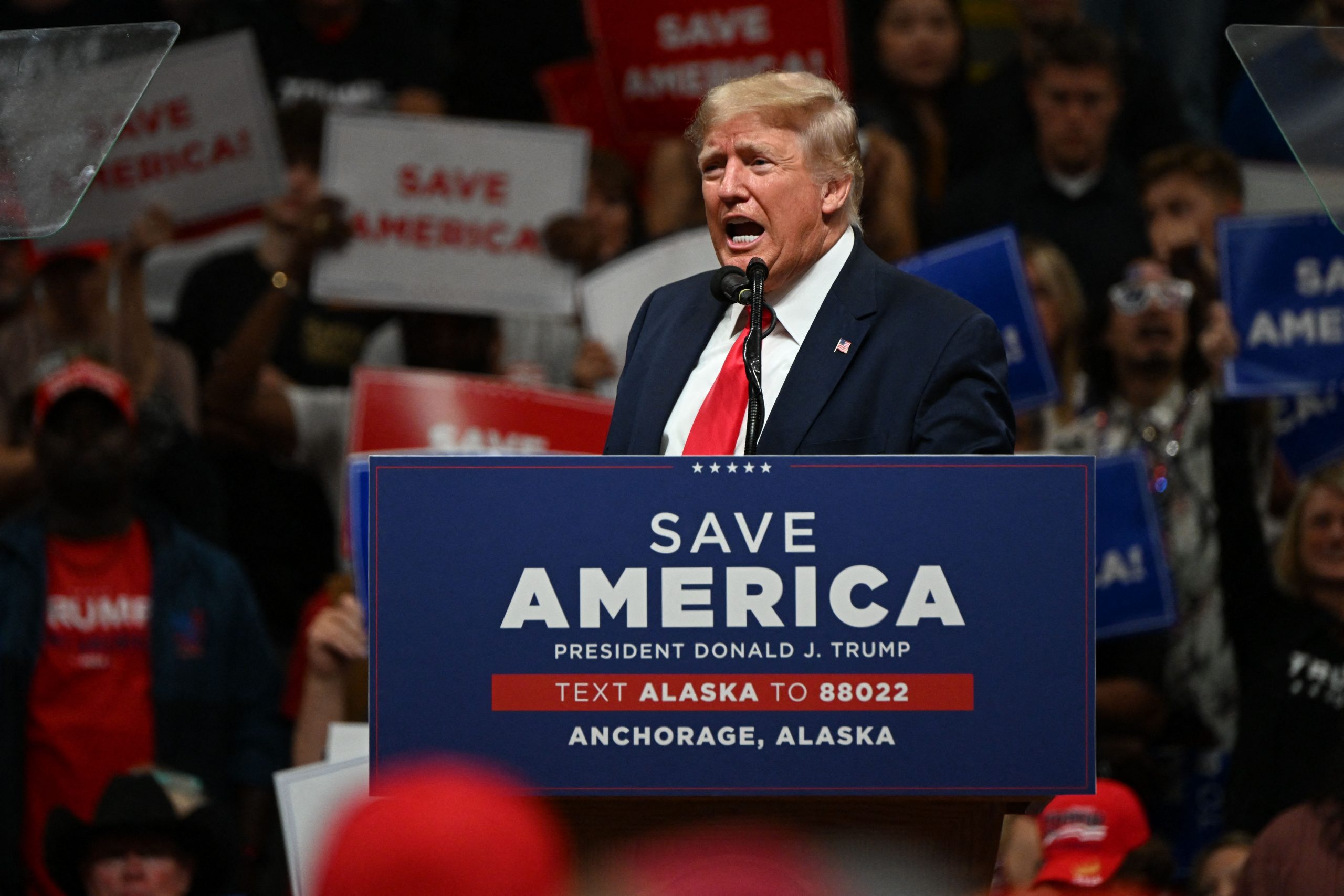 Former US President Donald Trump speaks during a “Save America” in Anchorage, Alaska on July 9, 2022

Former President Donald Trump avoided using the word “vaccine” while talking about COVID-19 at a rally in Anchorage, Alaska, on Saturday.

“We did so much in terms of therapeutics and a word that I’m not allowed to mention,” Trump said.

“But I’m still proud of that word because we did that in nine months, and it was supposed to take five years to 12 years. Nobody else could have done it. But I’m not mentioning it in front of my people.”

Trump has often boasted about his administration’s handling of COVID-19 and taken credit for the vaccine roll-out.

However, his endorsement of vaccines has put him at odds with his base. He has been previously booed at rallies when talking about vaccines, such as when he revealed that he got the vaccine booster shot and encouraged his followers to get vaccinated.

Despite Trump’s pride in the vaccines, vaccine uptake was much lower in Trump-voting counties, Axios reported.

Many of the former president’s most loyal supporters are skeptical or fiercely opposed to taking the shots.

Republicans, in general, are far less likely than Democrats to be vaccinated against COVID-19 and are also significantly less concerned about the health impacts of the virus, data shows.

Operation Warp Speed, the Trump administration initiative to manufacture COVID-19 vaccines as quickly as possible, was widely considered to be a success.

However, Trump has wrongly taken full credit for the vaccines, AP Fact Check noted. While the Moderna vaccine was a major beneficiary of the scheme, Pfizer’s vaccine was not developed under the government initiative.