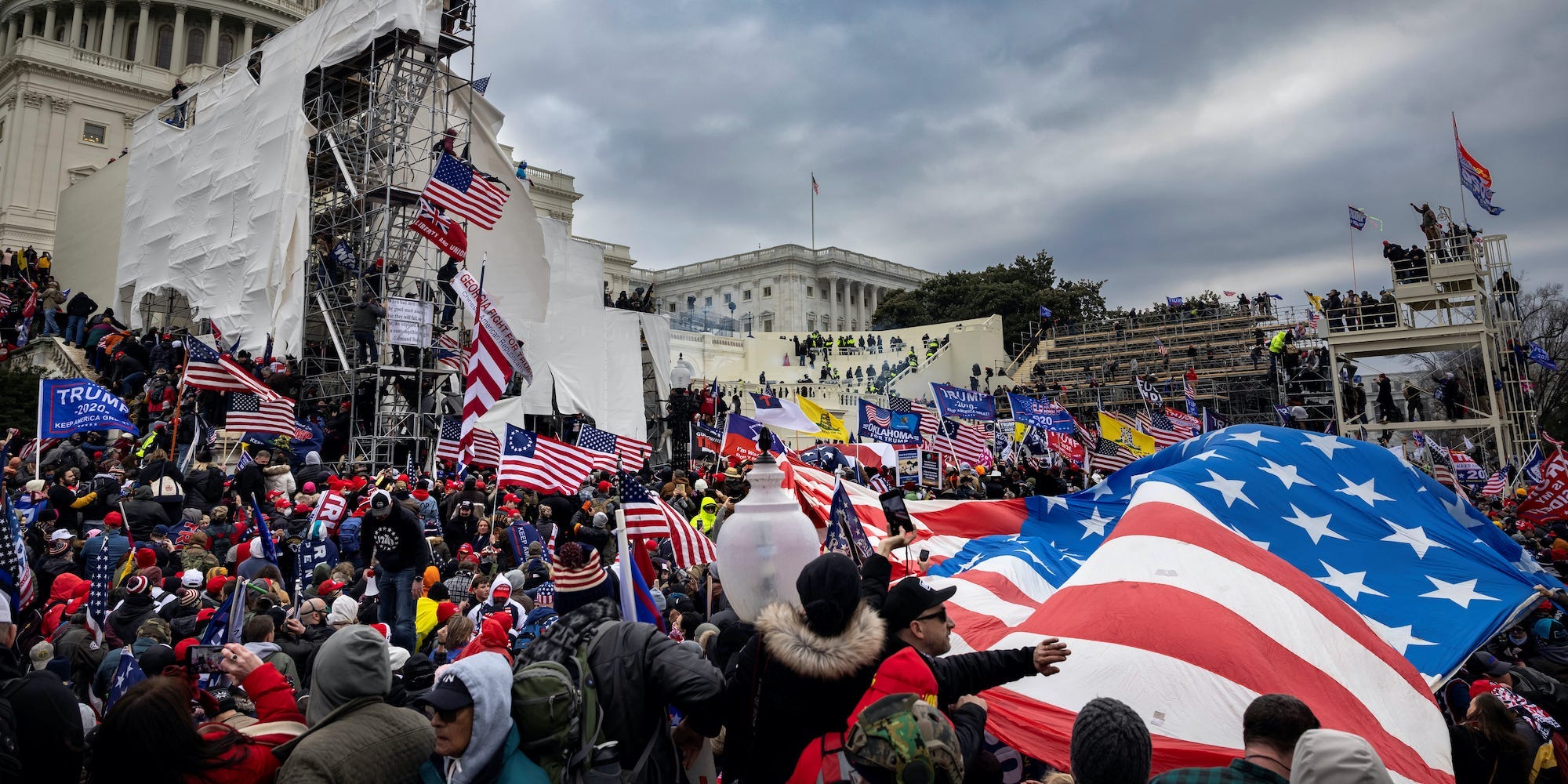 Then-President Donald Trump had to keep reshooting a video during the Capitol riot because he couldn’t say the “right thing” to tell his supporters to go home, the chair of the January 6 committee said.

“It appears that he tried to do a taping several times, but he wouldn’t say the right thing,” committee chair Rep. Bennie Thompson told The Washington Post, citing witness interviews and media reports.

Trump had stayed publicly silent for 187 minutes after his supporters breached the Capitol in January 6. The committee investigating the riot is trying to understand why the former president took so long to speak as it weighs recommending criminal charges against him.

In the video he eventually put out on January 6, Trump told his supporters at the Capitol to home, and called the mob “very special people.”

Thompson told The Post that the fact Trump had to keep retaking the video was of interest to the committee because it could help explain why he took so long to speak.

The reasons for Trump’s delayed response are significant because it could help the committee decide whether to make a criminal referral against Trump, Thompson said.

In that case, Congress would inform the Justice Department that it believed a crime was committed, and federal prosecutors would decide whether to bring charges against Trump.

“One of those concerns is that whether or not it was intentional, and whether or not that lack of attention for that longer period of time, would warrant a referral,” he said.

Representatives for Trump did not immediately respond to Insider’s request for comment.