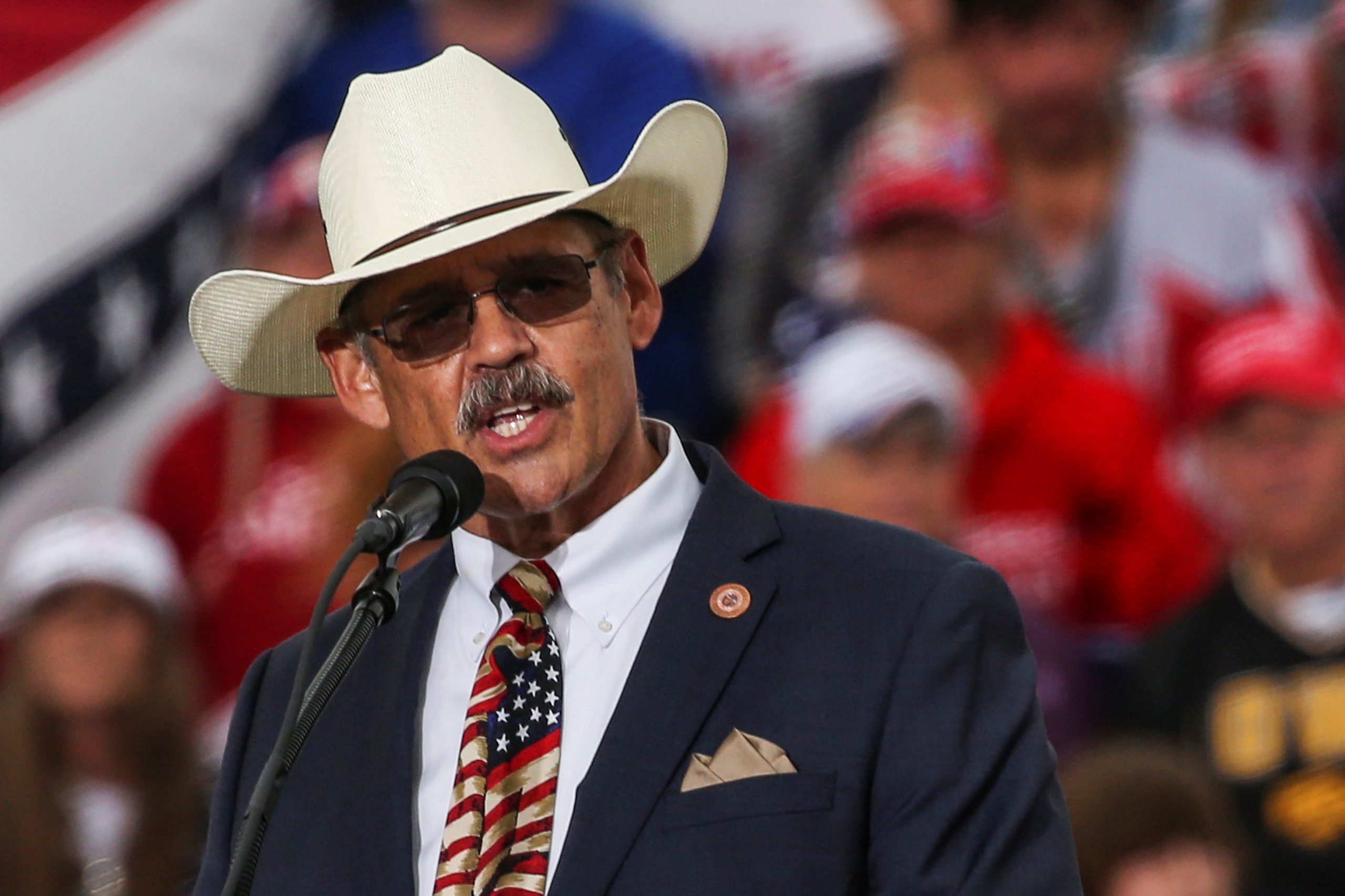 Former President Donald Trump on Tuesday evening issued an endorsement of Arizona state Rep. Mark Finchem, who’s running for Arizona secretary of state and is known to be affiliated with the QAnon conspiracy theory group.

“Mark is tough, strong, and he loves his state,” Trump posted on his Truth Social platform, deriding Finchem’s GOP primary opponent, Michelle Ugenti-Rita, as a “Never Trumper” RINO allied with Democrats in the state. The former president has frequently insulted Republicans who don’t support him. This isn’t the first time Trump has spoken out in support of Finchem. He first did so in September, when he called Finchem a “true warrior.”

Finchem has long been an advocate for Trump’s baseless election fraud claims.

He’s part of the America First Secretary of State coalition, which aims to get “America First” MAGA loyalists elected in key battleground states to influence election rules there. Once elected, these secretaries of state would then make sweeping changes to voting systems in their states, according to the agenda on the coalition’s website.

The coalition also encourages conservative donors to support state races outside of their home territories in a bid to influence the “national balance of power throughout the country.”

Finchem was also a staunch supporter of the GOP-sanctioned Maricopa County vote audit, which Trump’s allies hoped would affirm their claims of voter fraud but eventually found that President Joe Biden won the 2020 election in Arizona by a larger margin than before.

The Arizona state representative sold t-shirts reading “#ProveIt” while the audit was taking place, claiming that liberal politicians and media outlets were trying to stop the probe.

Finchem has also been associated with QAnon, the cultlike far-right conspiracy theory movement that indulges in baseless theories such as the one touting that Trump is on a secret mission to fight pedophiles in power.

CNN reported last June that Finchem has repeated conspiracy theories from fringe conservative media and has stood supported QAnon before.

In October 2021, Finchem spoke at a QAnon gathering called Patriot Double Down.

According to the Arizona Mirror, he held back from referencing QAnon conspiracy theories directly, but spoke on debunked election fraud claims and praised a Mesa County clerk who became a celebrity in the QAnon movement.

He also compared the Holocaust to cancel culture at the gathering, the AZ Mirror reported.

Finchem did not immediately respond to a request for comment from Insider.