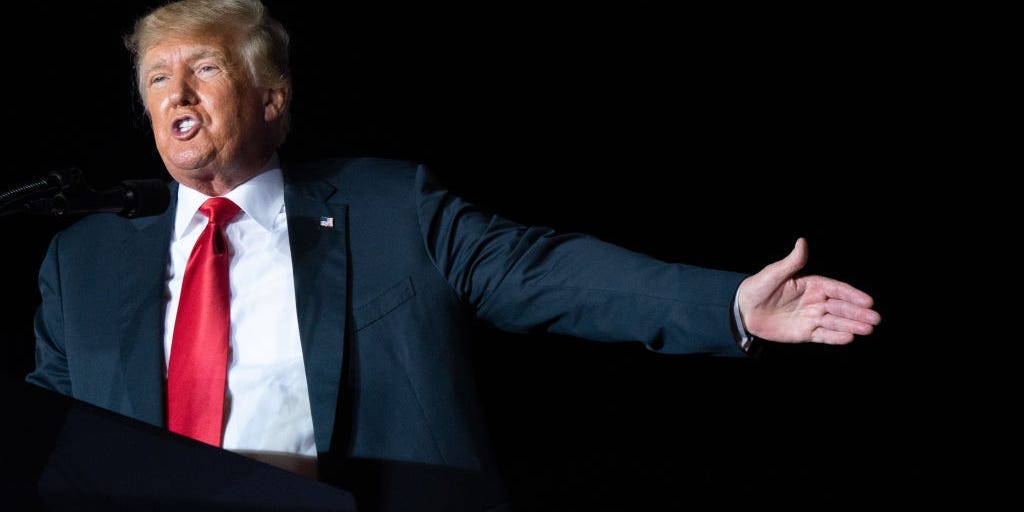 Former President Donald Trump plans to defend the January 6 protesters in a speech on year on, and will likely push conspiracy theories blaming antifa and the FBI for the violence, a source told Axios.

Trump is planning to deliver an address from his Mar-a-Lago resort in Florida to mark a year since rioters fueled by his false claims of a stolen election sacked the US Capitol.

The event is intended as “counter-programming” to the solemn events planned by House Speaker Nancy Pelosi around the Capitol on the anniversary,

According to the Axios source, Trump will seek to portray the commission set up to investigate the attack as a “witch hunt.” His plan is to again push the untrue claim that the 2020 election was stolen from him as a result of mass fraud, the report said.

Asked by Axios whether Trump would blame the riot on antifa and the FBI, the source replied, “I’m sure that will be a component.”

There is also no evidence that either of these groups was a motivating factor in the attack. Many of those arrested and tried for their involvement have described being driven by their devotion to Trump and his election-fraud claim.

Insider contacted a spokesperson for Trump to comment on the report.

But Thursday’s speech, according to Axios, could be the strongest defense of the actions of his supporters he has offered to date.

Blaming the riot on the FBI or on antifa — a loose assortment of antifascist groups — echoes conspiracy theories aired elsewhere. Fox News host Tucker Carlson is prominent among those who pushed such narratives.

Trump’s decision to defend the January 6 rioters places him at odds with many congressional Republicans. House Minority Leader Kevin McCarthy, in a letter to colleagues on Sunday, said that January 6 rioters “deserve to face legal repercussions and full accountability.”