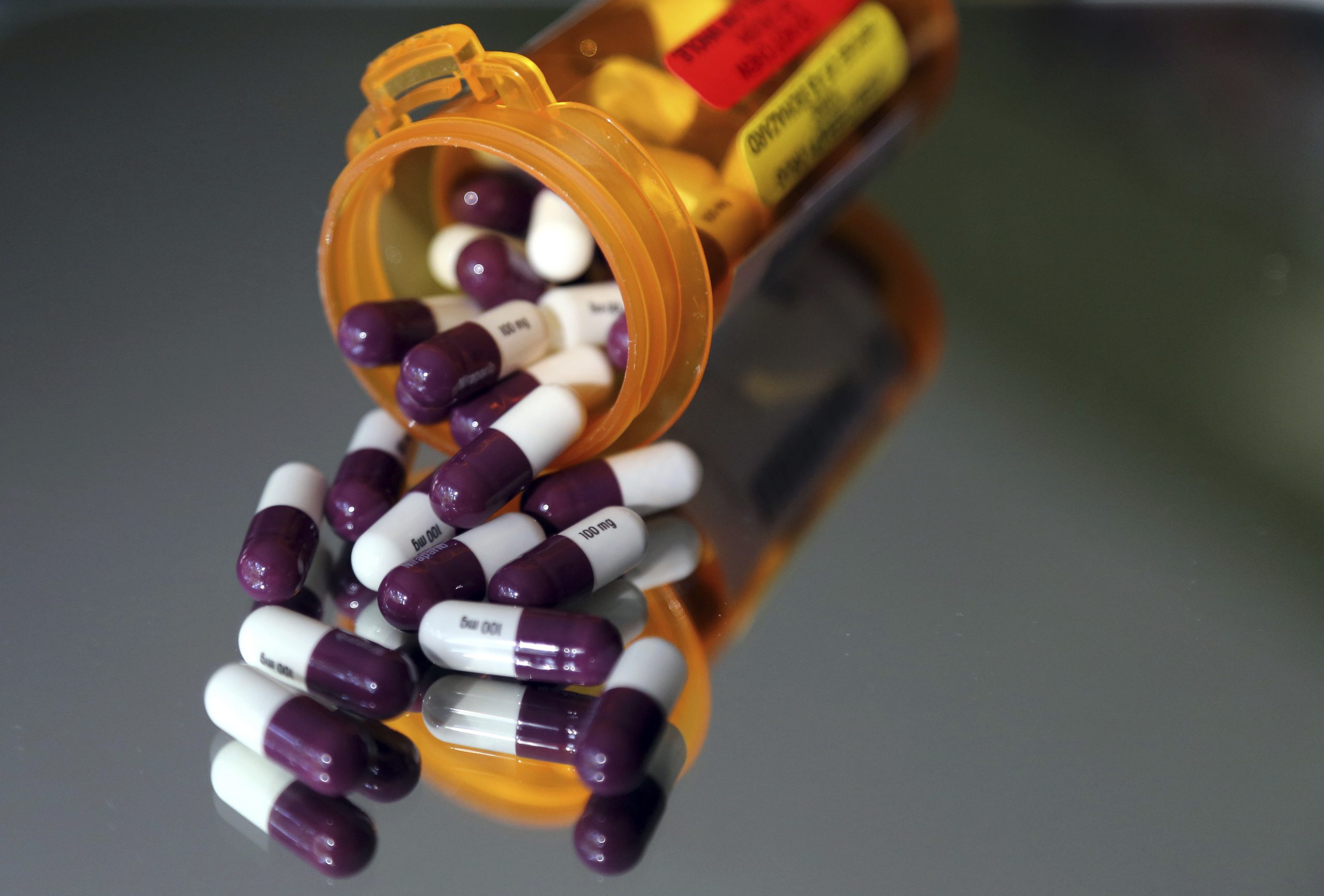 A pharmaceutical startup that received one of the largest-ever federal pandemic preparedness contracts championed by senior-level Trump White House officials has yet to fulfill its promise to bring cheap, generic drug manufacturing to the U.S.

In May 2020, the Biomedical Advanced Research and Development Authority issued a $354 million contract with the option to extend up to $812 million over 10 years to Phlow Corp., a Richmond, Va.-based company that had been created just a few months prior. It awarded Phlow an additional contract for $87 million in December 2021.

Phlow said it would be the first pharmaceutical manufacturer to use a novel production process to make generic drugs from start to finish more efficiently and cheaper, according to the agreement. The contract gave Phlow two years to begin making the active ingredients of drugs frequently in shortage or used to treat Covid-19 on U.S. soil. Two years later, Phlow was supposed to be making these drugs from start to finish.

But Phlow acknowledges that it has failed to deliver by the two-year deadline, casting doubt on its four-year targets. The company’s slow progress underscores how many new and sometimes untested companies won contracts during the chaotic first days of Covid — and the degree to which, two years later the federal government, now under the Biden administration — is still paying for products and services that have yet come to fruition. It also highlights how the allure of a more secure and less expensive supply chain can be an almost irresistible prize for U.S. health officials, eager to partner with enterprising CEOs who say they can make it happen.

Phlow has fulfilled some parts of its contract. BARDA tasked the company and its partners with immediately identifying a list of essential medicines at risk of going into shortage, and developing a surge capacity and domestic ramp-up of those drugs’ active ingredients. The company and its partners confirm that they have provided more than 2 million doses of essential medicines used to treat Covid-19 patients to the U.S Strategic Stockpile although Phlow declined to comment on which drugs these were, citing the terms of its contract.

But the company has provided very limited details on its main goal of developing continuously manufactured pharmaceuticals. “I’m just kind of scratching my head. What are you doing? Like seriously, what are you doing?” said Tony Quinones, the chief executive officer of Bright Path Laboratories Inc., a tech-bio company that uses artificial intelligence with continuous manufacturing to make pharmaceuticals.

Phlow and BARDA both said they are satisfied with the pace of the contract’s achievements to date. “We are very pleased with the execution and the great progress today on multiple [active pharmaceutical ingredient] programs through the development on to the manufacturing phase,” Dan Hackman, Phlow’s chief business officer, told POLITICO, though he declined to comment on when specific milestones will be reached.

He added that the company expected to open two U.S.-based drug ingredient manufacturing facilities in the next six to 18 months — well beyond the contract’s initial deadlines. When asked about the delays, Hackman cited supply-chain difficulties exacerbated by the ongoing pandemic.

From the get-go, industry experts were skeptical that Phlow would be able to accomplish the contract’s lofty goals. No commercial company within the U.S. makes drugs using end-to-end advanced manufacturing.

“They weren’t even a company and they were given the money,” said Carol Nacy, the co-founder and chief executive officer of Sequella, a Maryland-based company focused on developing antibiotics using continuous manufacturing.

Questions around the circumstances of several of the companies that received BARDA contracts in the pandemic’s early days, including Phlow, and their lack of experience caught lawmakers’ attention, sparking an ongoing Congressional investigation.

With all eyes on Phlow, a well-connected startup with no manufacturing experience, experts fear the U.S. government may have missed an opportunity to fund more established companies that could bring pharmaceutical manufacturing back to U.S. soil sooner.

“This one [company] sucks up a lot of oxygen in the room. You hope that they’re successful, because it’s important, what they’re supposed to do,” said Quinones. But, he added, with its lack of experience so far, he’s skeptical that Phlow will be able to fulfill its promises.

A broad search led to a specific company

Phlow procured its federal contract by responding to a broad agency announcement (BAA) regarding ways to optimize the U.S. pharmaceutical supply chain. “Phlow was selected due to a number of considerations, including the expert team they assembled and the fact that they were the only entity, out of more than 300 companies BARDA met with, that could provide this core service,” a BARDA spokesperson said.

As their name suggests, BAAs are intentionally vague, which allows the federal government to receive and evaluate proposals that solve problems in a variety of ways, said Steven Schooner, a law professor at George Washington University Law School. BAAs, unlike requests for proposals, can often lead to unsolicited proposals to the agency that are not made public nor do they allow for competition among companies, he added.

Phlow’s executives met with members of the Trump administration in the fall of 2019, facilitated by Rosemary Gibson, a senior adviser on health care issues at the Hastings Center, a nonprofit, bioethics think tank. Gibson now sits on Phlow’s board of directors. Additionally, Peter Navarro, a White House trade adviser under former President Donald Trump who was keen to replace Chinese generics makers with American companies, helped push the contract through, POLITICO reported previously. Neither Navarro nor Gibson responded to additional questions.

The company’s connections to the Trump administration are the subject of an ongoing investigation by the House Select Subcommittee on the Coronavirus Crisis. “We are concerned that … White House officials may have placed inappropriate pressure on federal agencies to award contracts to particular companies,” Democratic members of the subcommittee wrote in a March 2021 letter to Secretary of Health and Human Services Xavier Becerra.

“Evidence uncovered by the Select Subcommittee raises questions about whether White House officials, including Mr. Navarro, exercised inappropriate influence over contract awards for [personal protective equipment] and medical supplies that should have been handled by career procurement staff,” the letter continued.

The problem federal officials hired Phlow to solve is a tangible threat to health: Covid-19 underscored the fragility of the generic drug supply chain. Factories across the world producing the ingredients or finished drugs temporarily closed their doors as the virus raged, leading to shortages, including in the U.S. These shortages caught the eyes of public health and White House officials, who sought to find ways to quickly manufacture drugs domestically to avoid future shortages.

Currently, most generic drugs or their ingredients are made overseas, where labor costs are lower and environmental regulations are more lenient. Manufacturers mix together the ingredients for drugs in large vats called batches, like making a soup. It’s difficult for manufacturers to control the quality of drugs made this way; if internal testing finds that some of the finished product is off, the entire batch must be discarded. It’s less reliable and can lead to large amounts of waste.

This means that manufacturers can control the quality of the product in real-time, leading to increased efficiency, less waste and fewer mistakes, said Fernando Muzzio, a chemical and biochemical engineer at Rutgers University who specializes in continuous manufacturing for pharmaceuticals. Taken together, these improvements in manufacturing techniques lower production costs substantially — enough to potentially produce these drugs domestically once more.

The challenge with continuous manufacturing, however, is that it is essentially a new way to make existing drugs — which translates into millions of dollars in research, development, construction of facilities and the regulatory adjustments required by the Food and Drug Administration. While academic labs have achieved end-to-end continuous drug manufacturing, no companies produce drugs from start to finish using continuous manufacturing in the U.S.

What has Phlow done so far?

Hackman noted that outside of its government contract, Phlow has taken other steps to alleviate drug shortages in the U.S. The company has set up a contract manufacturing branch to advise other pharmaceutical companies on various best practices.

In 2021, under the Biden administration, BARDA approved Phlow to join a group of companies working with the U.S. government as a contract development and manufacturing organization. HHS also recognized the company with its Office of Small and Disadvantaged Business Utilization, Small Business Prime Contractor of the Year Award.

Phlow founded the Children’s Hospital Coalition, a group of 20 facilities across the U.S. Members of the coalition and representatives from Phlow meet multiple times a month to discuss the hospitals’ drug needs. Marshall Summar, a pediatrician who specializes in rare diseases at Children’s National Medical Center in Washington, D.C. — a member of the coalition — sits on Phlow’s board of directors.

This year, the company reached a private label agreement with Fresenius Kabi, a drug company headquartered in Germany that specializes in making injectable medications. Fresenius Kabi has U.S.-based facilities that assemble four drugs frequently in shortage in children’s hospitals, and add Phlow’s label to these products. Phlow then sells these drugs to members of the Children’s Hospital Coalition at a cost “competitive in the broader market,” according to Hackman, and meets hospitals’ demand for these products.

In the meantime, Phlow has shed some light on the subcontracts it issued from its initial BARDA agreement. Phlow provided Civica Rx, a nonprofit generic drug manufacturer, $100 million to help build a manufacturing facility in Petersburg, Va., where it will manufacture the final form of drugs. A Civica spokesperson said the manufacturing plant is on track to open in 2024.

Phlow also announced agreements with Medicines for All, a nonprofit research group headquartered at the Virginia Commonwealth University, and with AMPAC Fine Chemicals, a contract development manufacturing organization that makes active drug ingredients for a number of companies. Hackman said that these companies would be responsible for research and development for continuous manufacturing and the scaling-up process, respectively.

Both Medicines for All and AMPAC were listed as subcontractors in Phlow’s initial BARDA contract. A spokesperson from AMPAC would not comment on the dollar amount it received from Phlow for its contract, but Medicines for All received a contract for nearly $13 million.

Martin VanTrieste, an adviser to Civica Rx and member of its board, and Frank Gupton, the chief executive of Medicines for All and co-founder of Phlow, both sit on the Phlows’ board of directors.

Still, some experts are frustrated that they don’t know more about Phlow’s plans to meet its contract obligations. Schooner noted there’s no reason for parties to be secretive about it. “Why shouldn’t this information be public?” he said.

Those focused on continuous manufacturing are frustrated that the money BARDA awarded Phlow has not yet produced results, meaning the country remains vulnerable to pharmaceutical supply-chain shocks.

“Science is a group process,” said Nacy. “Had BARDA banded [existing continuous manufacturing companies] together into a unit … I think they would have made substantial progress.”