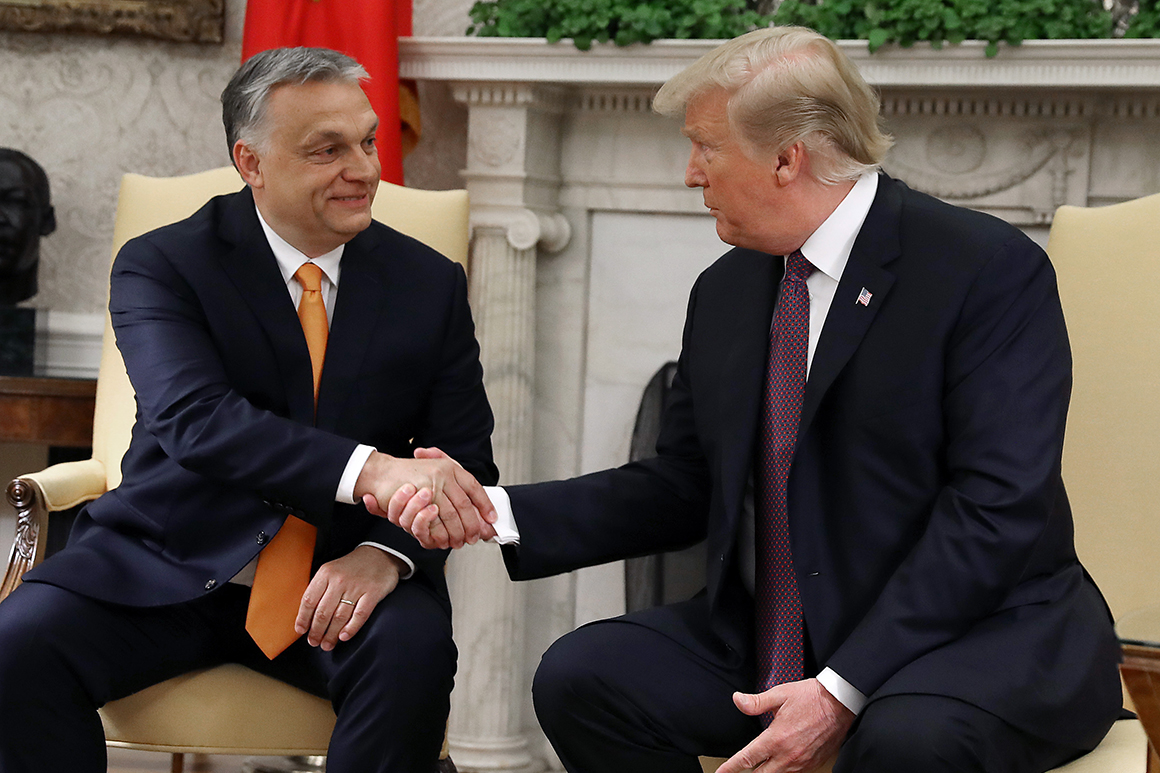 Former President Donald Trump on Monday endorsed Hungarian Prime Minister Viktor Orbán for reelection — throwing his support behind a far-right, nationalist leader who has defied America’s allies in Europe and moved to consolidate control over the media and judiciary.

“Viktor Orbán of Hungary truly loves his Country and wants safety for his people,” Trump said in a statement. “He has done a powerful and wonderful job in protecting Hungary, stopping illegal immigration, creating jobs, trade, and should be allowed to continue to do so in the upcoming Election. He is a strong leader and respected by all. He has my Complete support and Endorsement for reelection as Prime Minister!”

President Joe Biden, by contrast, has taken a tougher line against Orbán. Ahead of his virtual Summit for Democracy last month, Hungary was the only European Union member state to which the president did not extend an invitation.

Despite Orbán’s undermining of democratic institutions, prominent far-right figures in the United States have increasingly championed his leadership. Last August, Fox News host Tucker Carlson temporarily broadcast his primetime show from Budapest, where he interviewed and lavished praise on the prime minister.

In 2019, Trump granted an Oval Office meeting to Orbán and said his Hungarian counterpart had “done a tremendous job in so many different ways.” Orbán, Trump added, is “respected all over Europe” and “probably, like me, a little bit controversial. But that’s OK.”

Throughout his presidency, Trump regularly boasted about his rapport with authoritarians, dictators and other strongmen on the world stage, as opposed to the leaders of democratic nations and traditional U.S. allies. During a tour appearance last month with disgraced former Fox News host Bill O’Reilly, Trump reflected: “The ones I did the best with were the tyrants.”