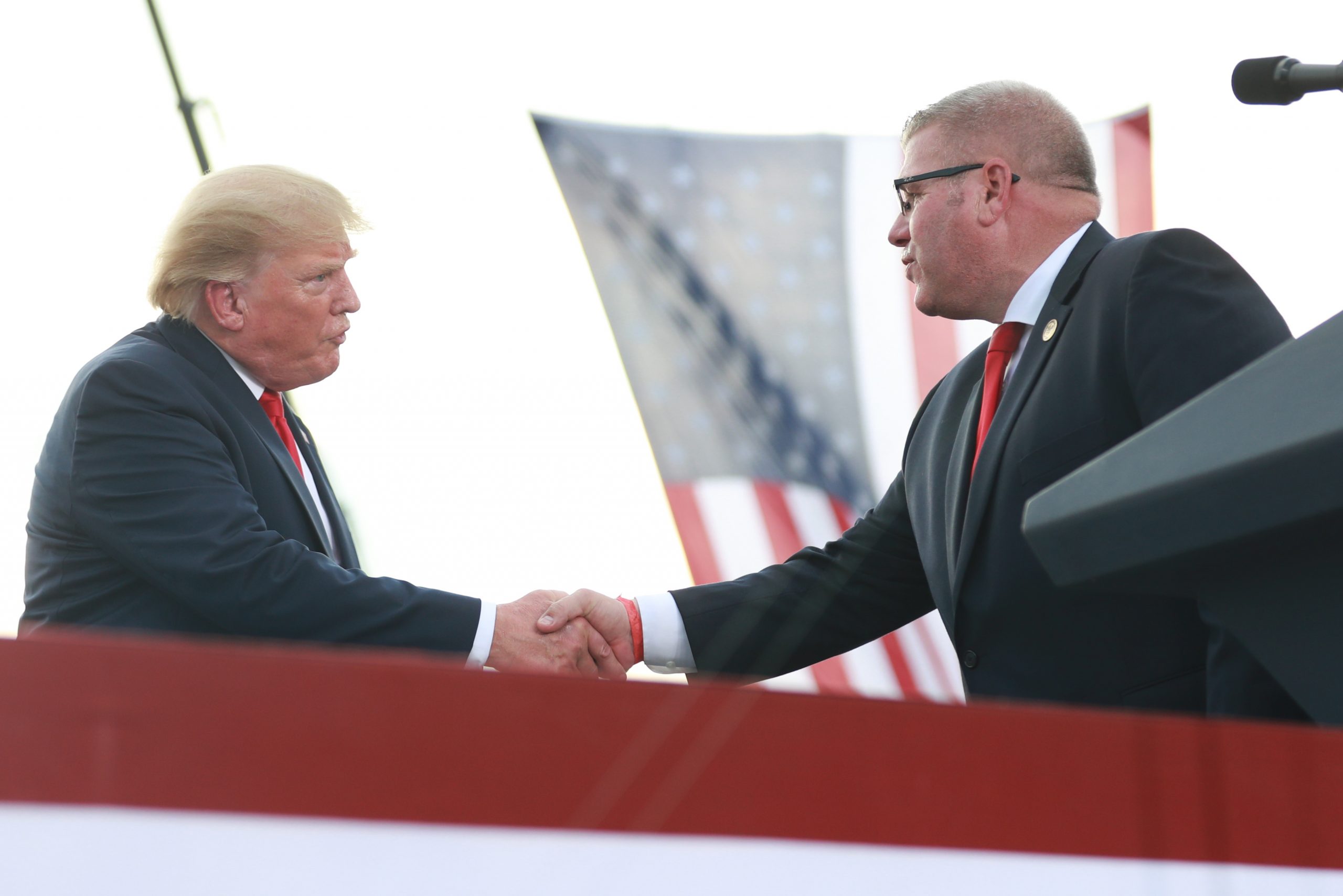 The former president used the stage to bask in news that the Supreme Court struck down Roe v. Wade, which protected a woman’s right to have an abortion, and a New York gun law that put restrictions on carrying a concealed handgun outside of the home.

Trump also took a swipe at the House Committee investigating the July 6 attack on the capitol, calling it the “fake” committee and the “unselect” committee and singling out Reps. Liz Cheney of Wyoming and Adam Kinzinger of Illinois as Republicans that can’t be trusted — “worse than Democrats because you don’t know where they’re coming from.”

The former president paused a few times during his one-hour speech to allow the pro-Trump crowd to cheer or chant — “four more years” was one — at the Adams County Fairgrounds in Mendon, Ill. Speaking on the open stage in sunshine with temps at 88 degrees, Trump paused, too, to dab at his forehead at one point, saying, “It’s hot.”

Trump’s visit to Illinois was billed as a rally in support of freshman Rep. Mary Miller, who’s in a heated one-on-one contest with veteran Rep. Rodney Davis, an Illinois co-chair of Trump’s 2020 campaign. The former president called Miller a “warrior in our movement.”

Davis, a senior member of the House Committee on Administration, fell out of favor with Trump in part because he was among 35 Republicans to support a bipartisan independent investigation of the Jan. 6 attack on the U.S. Capitol. That idea failed, ultimately leading to the current panel that’s in place now.

Trump’s endorsement Saturday of Bailey comes after the Illinois Republican moved ahead in the polls in a six-man race that included previous frontrunner Richard Irvin, whose campaign received $50 million from billionaire GOP donor Ken Griffin.

“Darren is just the man to take on and defeat one of the worst governors in America,” Trump said, referring to Democratic Gov. JB Pritzker, who has been a constant critic of Trump and his MAGA movement.

Bailey, however, can credit Pritzker in part for him taking a lead in the GOP race. The Illinois governor and the Democratic Governors Association spent $34 million on TV ads proclaiming Bailey’s conservatism as dangerous. It might influence independents in the general election, but for the primary, it only rallied conservative voters.

On Saturday, Pritzker tweeted a video message repeating his past mantra about Trump being “a racist, homophobic, xenophobic, misogynistic president. … And any candidate who refuses to speak out against Trump’s Big Lie has no business running for office.”