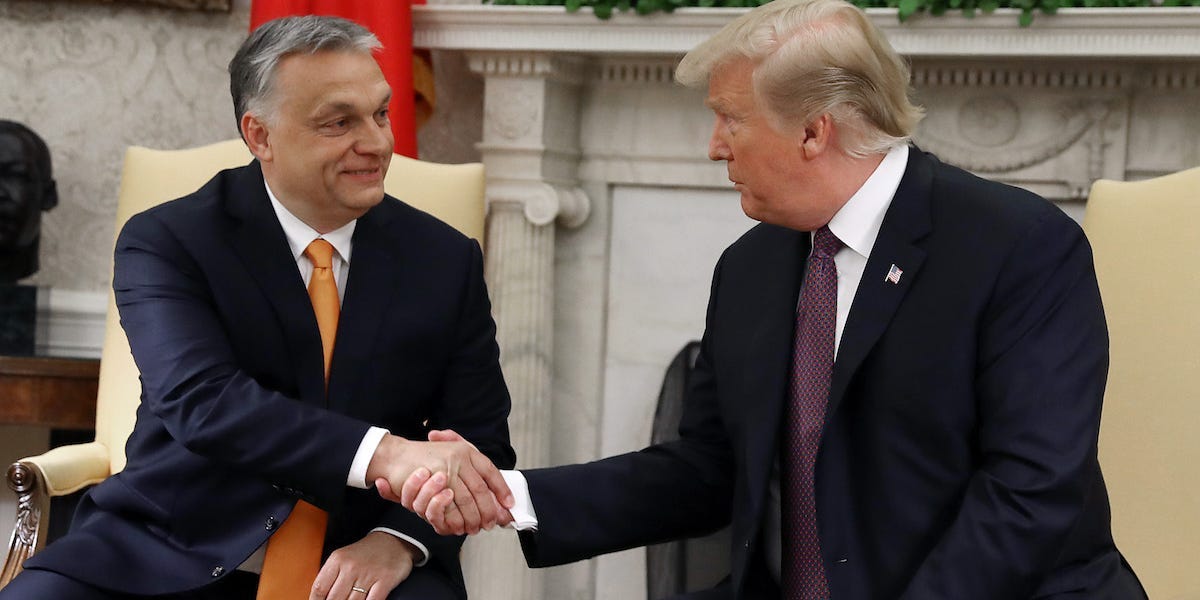 Former US President Donald Trump on Monday endorsed Hungarian prime minister Viktor Orban in a statement calling the far-right populist, who has severely undermined his nation’s democracy, a “strong leader.”

“Viktor Orban of Hungary truly loves his Country and wants safety for his people,” Trump said in a written statement sent through the Save America PAC. “He has done a powerful and wonderful job in protecting Hungary, stopping illegal immigration, creating jobs, trade, and should be allowed to continue to do so in the upcoming Election. He is a strong leader and respected by all. He has my Complete support and Endorsement for reelection as Prime Minister!”

Orban’s hardline stance on immigration and increased control over the country’s press, judicial system, and academic institutions have also raised questions about Hungary’s membership in the European Union. Last year, Varieties of Democracy (V-Dem), a group that monitors the health of democracies, ranked Hungary among the world’s top 10 autocratizing countries.

“I think we are heading towards a point of no return where it will be practically impossible to replace the government through elections,” Peter Kreko, the director of the Budapest-based Political Capital Institute, told The Atlantic last July.

But many American conservatives have looked to Orban and his government as a model of far-right leadership, publicly praising his harsh anti-immigration policies and efforts to boost the Hungarian birth rate, among other nationalist policies. Fox News host Tucker Carlson filmed his show from Budapest for a week last year, promoting Orban and his regime.

Trump’s endorsement continues his public support for the Hungarian leader, who endorsed Trump in 2016 and 2020 and visited the White House for the first time in 2019. Since leaving office, Trump has also endorsed the far-right Brazilian president, Jair Bolsonaro. Both Bolsonaro and Orban are up for reelection this year.

Orban will face off this spring against Peter Marki-Zay, an opposition candidate who won an opposition run-off in October. Six opposition parties, including socialists and the center-right Jobbik, joined together to back Marki-Zay in a bid to oust Orbán in this year’s election.

“We can only win together,” Marki-Zay said after winning the run-off. “No one can break the unity of the opposition.”