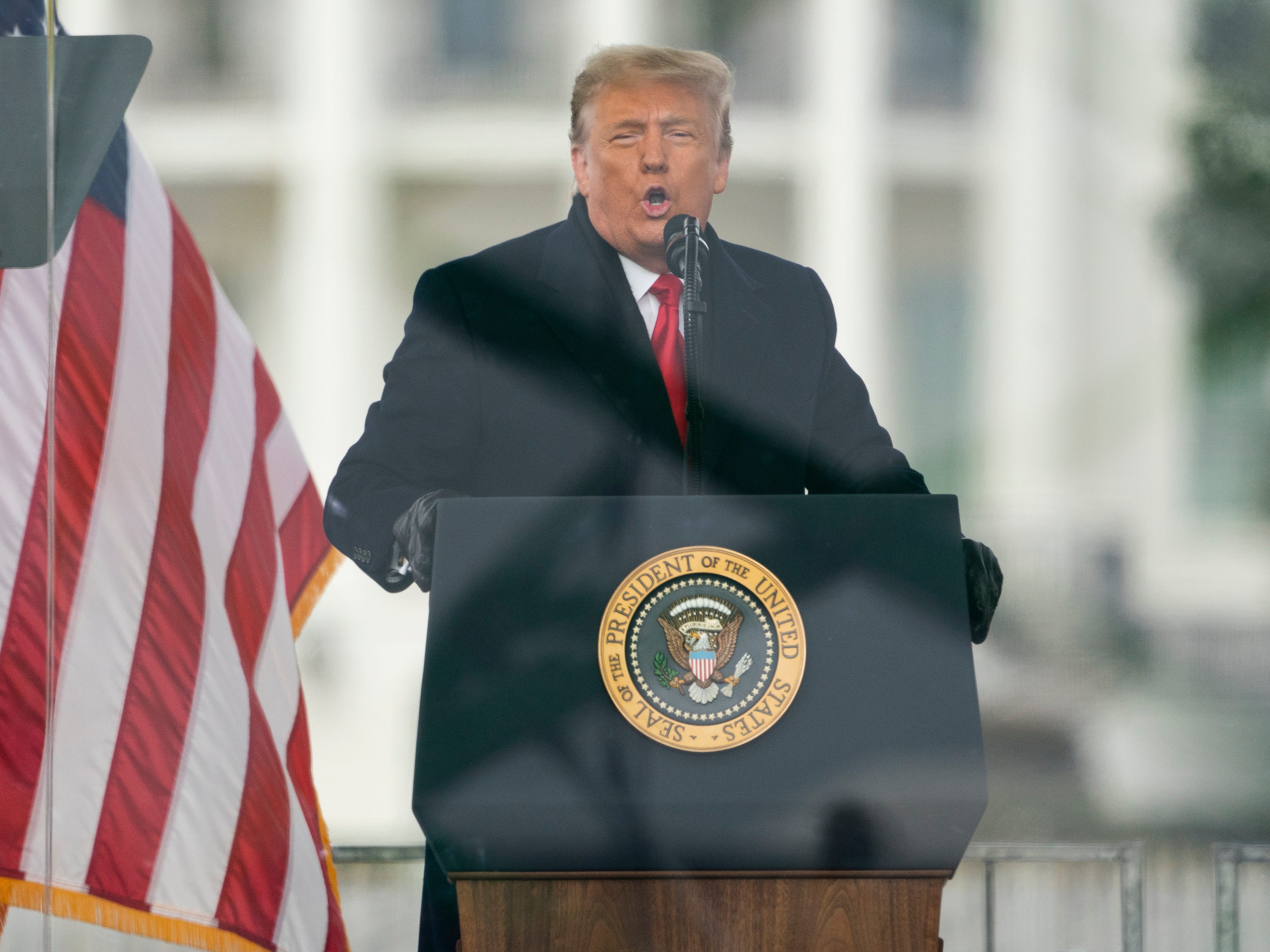 In this Jan. 6, 2021, file photo President Donald Trump speaks during a rally protesting the electoral college certification of Joe Biden as President in Washington.

On Tuesday, former President Donald Trump announced that he canceled a press conference at his Mar-a-Lago resort in Florida that was scheduled for January 6, 2022, the one-year anniversary of the Capitol insurrection.

“In light of the total bias and dishonesty of the January 6th Unselect Committee of Democrats, two failed Republicans, and the Fake News Media, I am canceling the January 6th Press Conference at Mar-a-Lago on Thursday, and instead will discuss many of those important topics at my rally on Saturday, January 15th, in Arizona — It will be a big crowd!” Trump said in a statement.

The House Select Committee to Investigate the January 6th Attack on the United States Capitol has subpoenaed multiple members of the former president’s inner circle, including his national security adviser, campaign manager, and former aides.

Alyssa Farah, who worked as the Trump administration’s director of strategic communications, told CNN’s Kaitlin Collins on Sunday that he is getting terrible advice and should remain silent on the anniversary.