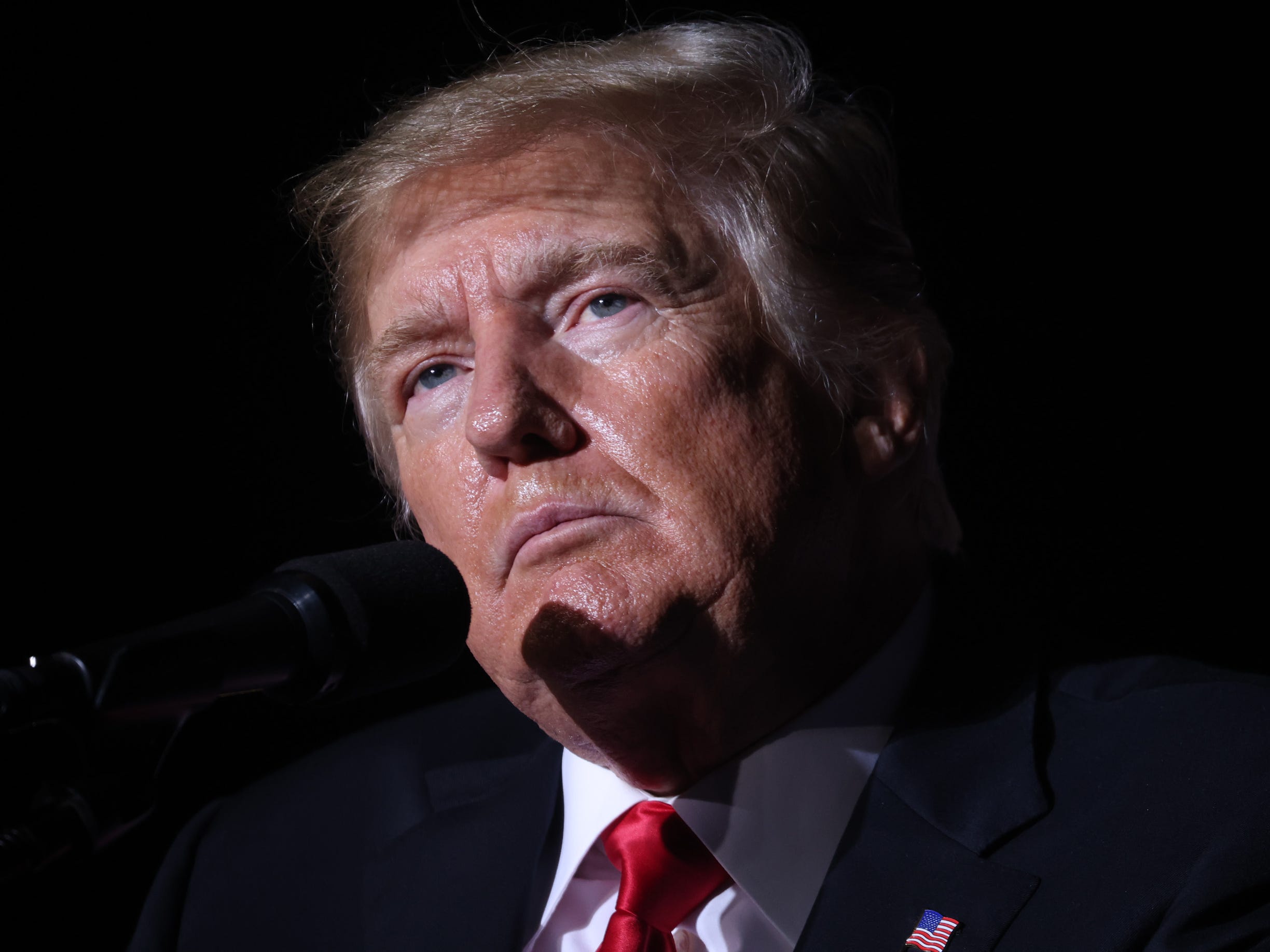 Former President Donald Trump speaks to supporters during a rally at the Iowa State Fairgrounds on October 09, 2021 in Des Moines, Iowa.

Donald Trump maligned Twitter for permanently banning the account of US Rep. Marjorie Taylor Green and called the social media platform a “disgrace to democracy.”

Greene was banned on Sunday for repeated violations of the social media platform’s COVID-19 misinformation policy.

“Marjorie Taylor Greene has a huge constituency of honest, patriotic, hard-working people. They don’t deserve what’s happened to them on places like low-life Twitter and Facebook,” Trump said in a statement released through his Save America PAC. “They’re boring, have only a Radical Left point of view, and are hated by everyone. They are a disgrace to our nation.”

Trump also urged his supporters to leave both platforms just months after announcing his own social media venture, TRUTH Social, which is slated for launch in the first quarter of 2022.

On Monday, Facebook temporarily banned Greene from commenting and posting for 24 hours after she made posts that violated its community guidelines.

The controversial representative responded to her ban on GETTR, a social media hub for conservatives, calling Twitter “an enemy to America” that “can’t handle the truth.”

Greene’s bans come nearly a year after Trump himself was banned from both Twitter and Facebook. The social media companies cited concerns that allowing the outgoing president to continue to use their platforms might incite further violence and announced their bans days after the January 6 insurrection.

Following the bans, Trump filed class-action lawsuits against Facebook, Google, and Twitter and their executives and alleged that they censor conservative viewpoints.