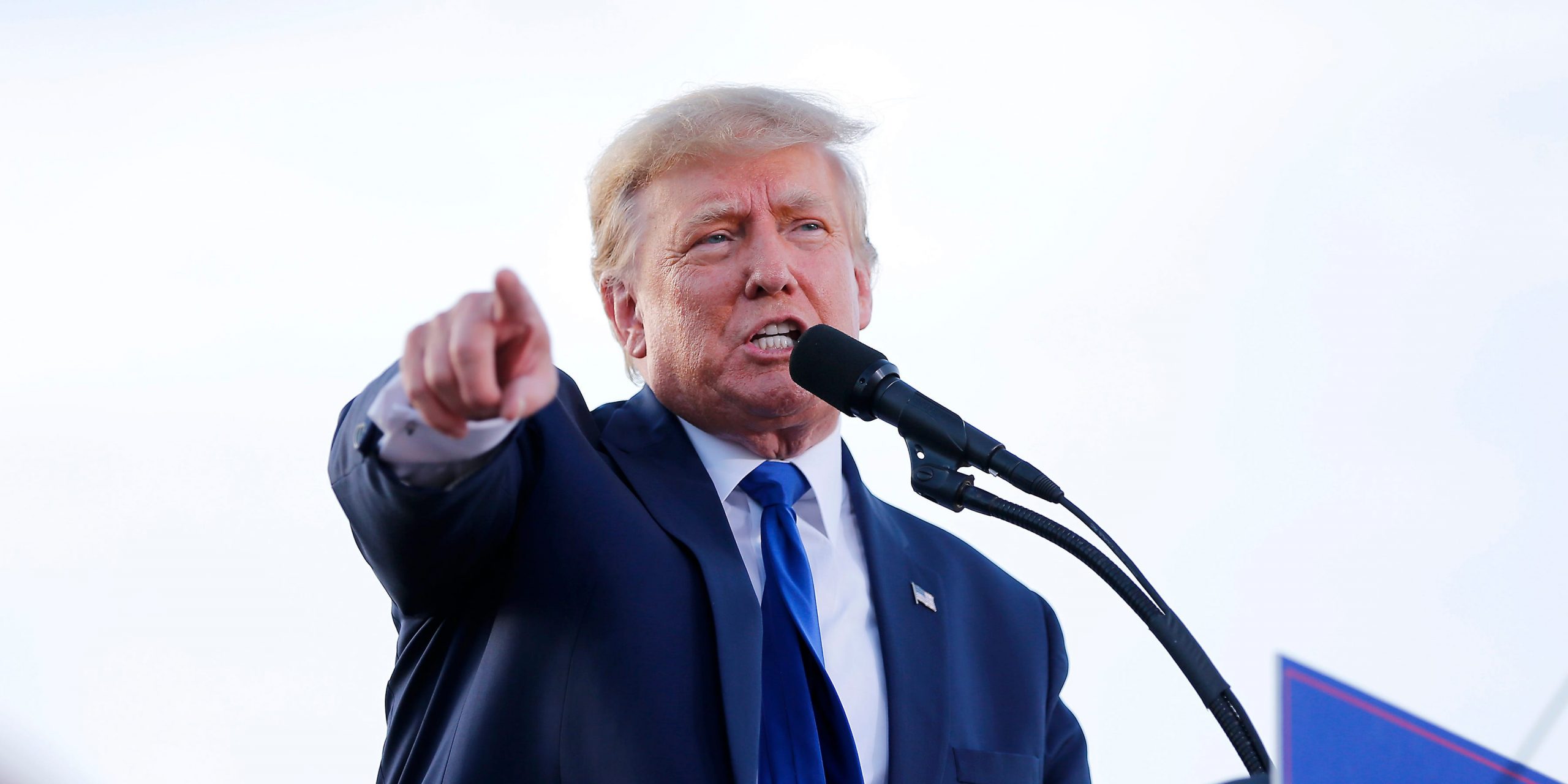 Donald Trump is up to his old tricks again.

Earlier this month — and more than a year-and-a-half after the former president lost the 2020 election to President Joe Biden — Trump called Wisconsin Assembly Speaker Robin Vos and encouraged him to decertify Biden’s win in the state, Vos said in a Tuesday interview.

“It’s very consistent. He makes his case, which I respect,” Vos told the news outlet. “He would like us to do something different in Wisconsin. I explained that it’s not allowed under the Constitution.”

“He has a different opinion,” Vos added.

News of the apparent phone call comes in the midst of several public hearings from the January 6 panel investigating Trump’s efforts to overturn the 2020 election.

Following Vos’ rejection, Trump took to Truth Social to air his grievances with the politician.

“Looks like Speaker Robin Vos, a long time professional RINO always looking to guard his flank, will be doing nothing about the amazing Wisconsin Supreme Court decision,” the former president wrote, using a critical term that stands for “Republican in name only.”

“The Democrats would like to sincerely thank Robin, and all of his fellow RINOs, for letting them get away with ‘murder,” he continued.

Vos explained to WISN-TV that the July 10 Supreme Court decision regarding ballot drop boxes will only have an effect on the law moving forward and cannot be applied retroactively in previous elections.  Vos has voiced support for this decision, and called the drop boxes “illegal.”

Trump responded to the interview Tuesday evening, once again urging Vos to act.

“So what’s Speaker Robin Vos doing on the Great Wisconsin Supreme Court Ruling declaring hundreds of thousands of Drop Box votes to be illegal?” he wrote. “This is not a time for him to hide, but a time to act!”

Biden beat Trump by fewer than 21,000 votes in Wisconsin.

In 2021, Trump accused Vos of “working hard to cover up election corruption” after refusing to do a forensic audit on the results of the 2020 election in the state, the Milwaukee Journal-Sentinel reported.

Vos eventually began an investigation into the 2020 election in his state.

Vos himself has peddled election conspiracies and falsely claimed that voter fraud in his state influenced the 2020 election, WisPolitics reported.

Neither Vos, nor a spokesperson for Trump immediately responded to Insider’s request for comment.

This story is breaking. Please check back for updates.