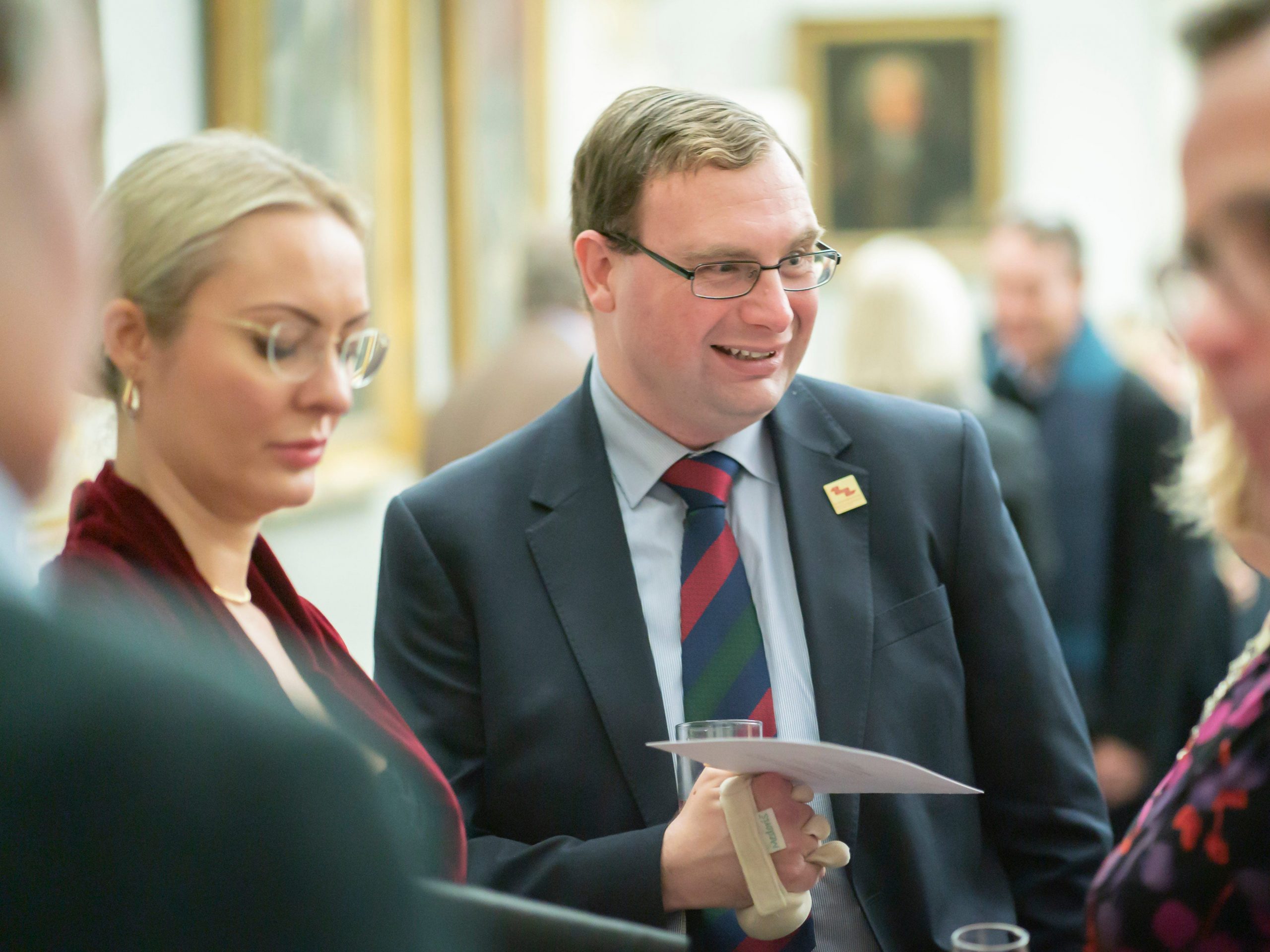 Paul Borrow-Longain is being investigated by the Conservative Party for a possible breach of the party’s code of conduct, as yet more allegations about him pressuring people to take out loans surface.

Last week, Insider revealed that Borrow-Longain — whose original name is Paul Langan — had repeatedly urged young people to seek startup loans for businesses, from which he would take “directors expenses”.

One person is taking him to court, while another complained to police saying she had been left £10,000 in debt and is pursuing complaints with the police and the lender.

Since publication, Insider has been approached by multiple other sources – individuals, a charity, and MPs – who described similar experiences with Borrow-Longain.

One was David Baum, founder of PTSD organisation The 365 Challenge and exercise campaign Move for Wellness.

Baum’s story echoed what other sources told Insider previously: he was contacted by Borrow-Longain via social media and invited to the Carlton Club to discuss Borrow-Longain’s involvement with his organisation.

Borrow-Longain also introduced his then-employee Ilma Bogdan as someone who “worked closely” with Prince William. Bogdan could not be reached for comment for this story.

He initially offered to invest in 365 and “develop it into a proper business”, Baum said.

But instead Borrow-Longain then asked him to take out a loan, through Virgin Startup, as “we would need more than he anticipated”. This is the same bank that others said they were encouraged to approach.

Baum said he was rejected for a loan because of his credit rating. Then, he said, Borrow-Longain encouraged his son to try. Baum said this was also unsuccessful because of a pre-existing loan.

Instead, Baum says, Borrow-Longain proposed to make £10,000 “available” for costs to do with the company, which Baum would repay over time. This is supported by documents seen by Insider.

Borrow-Longain held the sum and paid suppliers, Baum said. Most of the costs, such as for a web developer and social media, were for companies Baum said he later discovered were owned or part-owned by Borrow-Longain.

Baum said that after he missed one repayment, Borrow-Longain threatened to take him to court, although Baum successfully resisted this. Baum said he asked to see the balance of the loan, but that Borrow-Longain refused.

Two weeks before Insider’s investigation was published, Baum made a complaint to the Conservative Party. He received a response after the story was published.

In correspondence seen by Insider, a Conservative official said the party was investigating whether Borrow-Longain has committed “a disciplinary offence under the Party’s code of conduct”.

“We are interested if he has used his Conservative Party connections to take improper advantage of others because that would be disreputable. That includes what he does in his business life.”

Separately, sources told Insider that Borrow-Longain used his connections at a Conservative affiliate where he was a member in an attempt to obtain money from diplomats. He was dropped from the organisation as a result.

One Tory source, who asked not to be named for fear it would harm their career, said: “He claimed to have connections with the party and was emailing diplomats saying ‘I can give you close access – you need to pay this amount and I will connect you’.

“But he wasn’t close to anyone at all…. He infringed all sorts of diplomatic protocols.”

Borrow-Longain also organised a birthday party at the Carlton Club where he pressured people to give him money, the same source said.

“His birthday party was a farce. He said ‘come to the Carlton Club’, and when we got there there was one envelope per person saying ‘can you contribute £100 towards your dinner or help my charity’. We were under really high pressure to contribute… he was saying ‘please leave a cheque, please leave me money’.”

‘Everything was about politics’

More political angles have also surfaced since the initial article was published.

Borrow-Longain was also seeking to “lobby” a UK government department to receive a contract for one of his firms, two sources said.

One said they cut ties with him at this point, over concerns it would be illegal to lobby without being on the official register.

“It was all poo-poohed” by Borrow-Longain, one source said, “almost as if those are rules for little people and the Conservative Party doesn’t follow that.”

“Everything was about politics,” another said.

Sources said it was shared on the Tory WhatsApp group, as several Conservative MPs had come into contact with Borrow-Longain. They also asked not to be named for fear of professional repercussions.

At least one MP said Borrow-Longain offered them a £10,000 “grant”, which would take the form of credit to use with Borrow-Longain’s startup ADR Technology. The MP told Insider they did not accept this offer.

Two sources told Insider that Borrow-Longain had claimed to have bought several dinner tickets to a fundraising event for Nicola Richards, MP for West Bromwich East, equivalent to a donation of just under £1,000.

However, after speaking with some of the guests later, Richards realised that the majority of Borrow-Longain’s group covered their cost themselves.

She told Insider: “Paul was one of many guests that came to my dinner last year, we spoke briefly and he left very early after he donated £10 in the raffle. Our last communication was shortly after to confirm payment of the tickets that were yet to be paid at the time of the event.”

‘He needs to be stopped’

Multiple sources have now told Insider they knew Borrow-Longain under his prior name, Langan. they said they believe he changed his name in 2013 or 2014. Several described him as a “Walter Mitty character”, a reference to the fictional daydreamer and fantasist. Two expressed concern that other people may still be at risk of being pressured into taking out loans or may have already done so.

“He needs to be stopped and I don’t know how to stop him,” said one source.

Borrow-Longain had not responded to repeated requests for comment at the time of publication.

A CCHQ spokesman confirmed that an investigation was underway, but declined to comment further until it concluded.

Two Conservative members said the Carlton Club has revoked Borrow-Longain’s membership, but the business did not respond to multiple requests for comment.