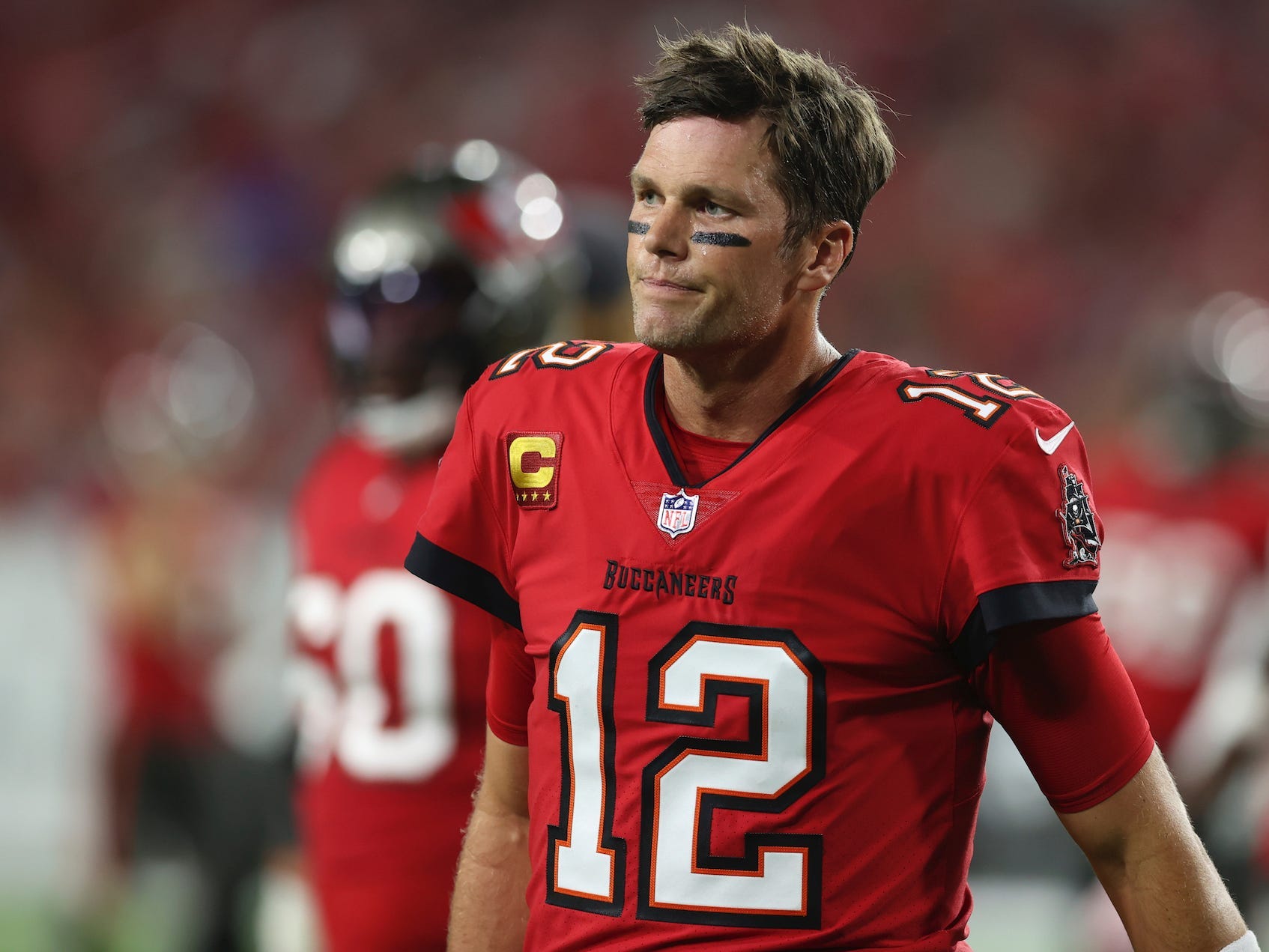 Tom Brady will have to stop flinging Microsoft Surface tablets or face the wrath of the NFL.

The Tampa Bay Buccaneers quarterback was captured on the sidelines earlier this month angrily throwing the tablet during the team’s 9-0 loss to the New Orleans Saints. Brady, a seven-time Super Bowl champion, threw one interception and no touchdowns in what ended up being the third shut-out of his career.

The outburst didn’t go unnoticed by the NFL, which threatened to fine him if he does it again, Brady said during an episode of the podcast “Let’s Go” published Monday.

“I’ve thrown a few electronic things in my day, as recently as the last couple weeks, so I’m sorry, I apologize. I did get a warning from the NFL on that though so I won’t throw another Surface,” Brady said.

Brady also joked about throwing the tablet on a previous episode of the podcast, saying that he “didn’t want to throw an interception with that tablet,” so he made sure it hit the ground.

The Surface became the league’s official tablet in 2013 after Microsoft inked a deal with the NFL worth a reported $400 million — in 2020, the deal was renewed and expanded to include Microsoft’s Teams collaboration software.

But not everyone in the NFL is a fan of the Surface. Announcers took years to call the tablets the correct name and New England Patriots head coach Bill Belichick once went on a five-minute rant about his hatred for the tablets, calling them undependable and inconsistent. Much like Brady, Belichick once blew off steam during a shutout at the hands of the Buffalo Bills by bashing the tablet against the New England bench.

Brady joked on the podcast that him chucking the tablet on air could be a boon for Microsoft’s business.

“I think it was pretty good marketing for the Surface at the end of the day,” he said. “I think it worked out pretty well for them.”