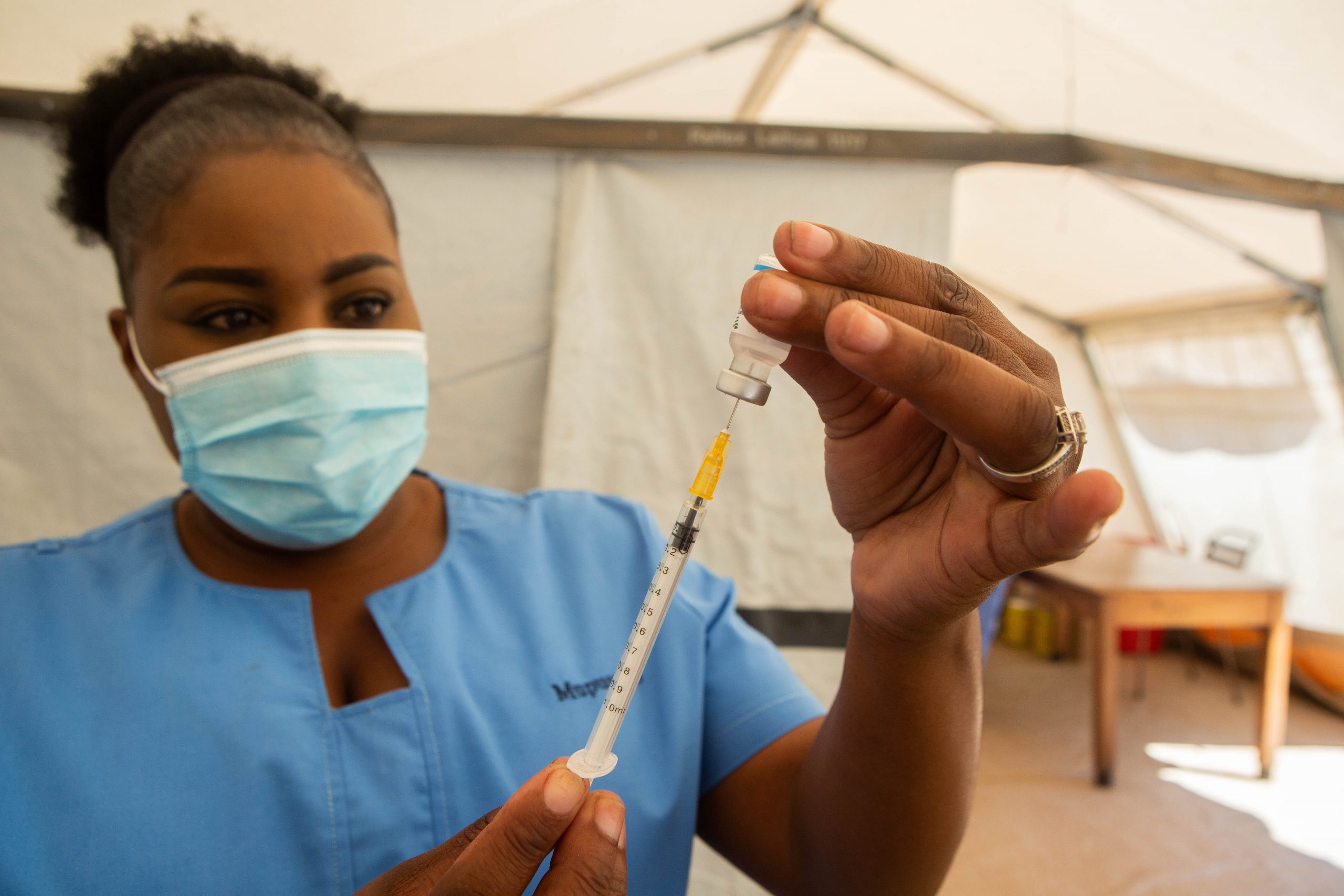 Late last year, a South African drugmaker announced a deal to make the first Covid-19 vaccine in Africa for Africa.

The company, Aspen Pharmacare, agreed to produce its version of Johnson & Johnson’s Covid-19 shot. At the time, the continent’s immunization rate lagged well behind Western countries almost a year after their vaccines were first rolled out.

African leaders, including President Cyril Ramaphosa of South Africa, who had grown tired of being at the mercy of other governments for shots during the pandemic, hailed the agreement as a milestone in the continent’s effort to set up its own vaccine-production facilities.

But no orders came in.

By the time the agreement was finalized in March, many African countries couldn’t keep pace with the number of shots heading their way from richer countries and COVAX, the global vaccine facility.

The Johnson & Johnson one-shot vaccine, which many health experts hoped would make it easier to vaccinate people in hard-to-reach areas, had fallen out of favor after drug regulators in Europe and the U.S. confirmed a link between the shot and rare, but serious, blood-clotting side effects.

Aspen Pharmacare’s challenges highlight some of the hurdles the continent must overcome to become self-sufficient in vaccine manufacturing and avoid becoming a victim of vaccine inequity — again.

Africa aims to produce 1.5 billion vaccine doses by 2040 to meet 60 percent of the continent’s needs, compared to the less than 1 percent it meets today. The Africa Centres for Disease Control and Prevention estimates that the 20-year plan will cost $30 billion. There are 20 initiatives to expand manufacturing, including plans by BioNTech and Moderna to build facilities in Kenya, Rwanda and Senegal.

But, “if you default at first base, it doesn’t exactly inspire too much confidence going into the future,” Stavros Nicolaou, Aspen Pharmacare group senior executive for strategic trade development, told POLITICO. For Africa to be less reliant on others for vaccine production, governments on the continent and international donors must be ready to pay higher prices for African-made shots, experts and pharma industry representatives said.

“If it’s an existing product that is already made in India and China, then the price points are going to be a stickler,” said Sai Prasad, the chair of the board at the Developing Countries Vaccine Manufacturers Network, which includes African members.

That’s because the vaccines made in the two countries are produced in high volumes and can cost as low as $1 per shot. African-based producers won’t be able to compete with those prices, at least at the beginning, because their production costs are higher, Prasad said.

But buyers will pay a premium for vaccines manufactured in Africa if they’re new or not manufactured elsewhere, he added.

That’s why selecting what to produce in Africa is so important, Prasad said.

The inequity African countries faced in getting Covid-19 shots is behind the push for more vaccine manufacturing in Africa. But those aren’t the vaccines producers on the continent should focus on, according to an analysis by Gavi, the vaccine alliance, which negotiates vaccine prices for the poorest countries, many of them in Africa.

More suppliers are needed for shots against measles, rubella, cholera and malaria, and for emergency stockpiles of yellow fever and Ebola vaccines, Gavi said. In the future, potential vaccines for diseases that affect Africa, such as dengue fever, chikungunya or Zika, could also be produced on the continent, it said.

Gavi has been under pressure from African leaders to buy African-made shots, including Covid vaccines for Africans. The global health organization said it will come up with a plan by December for how it could buy more African-made shots. Meanwhile, it warned that African countries eligible for Gavi support will also need to choose locally made vaccines that “meet quality and value-for-money criteria” when they become available through Gavi.

For his part, Aspen’s Nicolaou doesn’t blame the Johnson & Johnson vaccine his company chose for the lack of demand. When it comes to safety concerns, he said data from one of the largest studies of the vaccine conducted in South Africa showed only a few cases of the rare blood-clotting side effect, none of them fatal.

He said political leaders and global health agencies need to restimulate Covid-19 vaccine demand, which has fallen across the world, even as Africa remains the least vaccinated continent, with only one in five of its more than 1 billion people immunized against the disease. Otherwise, his company will soon have to decide whether to close the production lines reserved for the vaccine and return to manufacturing anesthetics instead.

That holds a lesson for the wider vaccine manufacturing effort in Africa.

“At the end of the day, it’s going to be a matter of matching demand with where the various suppliers are,” said Nicole Lurie, executive director of preparedness and response at the Oslo, Norway-based Coalition for Epidemic Preparedness and Innovations, which works in vaccine research and development against emerging infectious diseases.

The new vaccines could be against tuberculosis and malaria, which would be in much higher demand in Africa than in richer countries, she added.

Another way to grow the market is to focus on vaccines destined not only for children but also for adults, said Thomas Cueni, the director general of the International Federation of Pharmaceutical Manufacturers and Associations.

Getting richer and paying for shots

One thing is clear: To get vaccine manufacturing off the ground, African governments will have to increasingly be able to pay for the shots themselves instead of relying on donor-supported organizations such as Gavi.

“Donor procurement targets, rightfully so, the maximum concentration and therefore lowest possible prices, so that with your dollar you reach and heal the largest possible number of people,” said Holm Keller, the chair of the kENUP Foundation, which is involved in vaccine manufacturing scale-up efforts in Africa.

“In order to get to true equity, we have to manufacture locally at prices that are sustainable for the local economy,” he said.

Some countries that still depend on Gavi for vaccine procurement are expected to see their national incomes rise slightly due to economic development, which will put them in a better position to pay for their own vaccines.

Senegal is one of them. It’s also the location of a developing regional manufacturing hub for Covid-19 vaccines and other shots, located at the Institute Pasteur of Dakar, which produces yellow fever vaccines.

The plan is to expand yellow fever vaccine production, manufacture different Covid-19 vaccines, including those based on the mRNA technology, and invest in research and development for other diseases, said Joe Fitchett, senior adviser at the institute.

He sees the continent’s economic development and growing population as an opportunity for local vaccine manufacturers.

“Either you have existing manufacturers scale up capacity to meet the demand to protect every child, or you have space for new manufacturers to get ready by 2040 to serve that market,” Fitchett said.