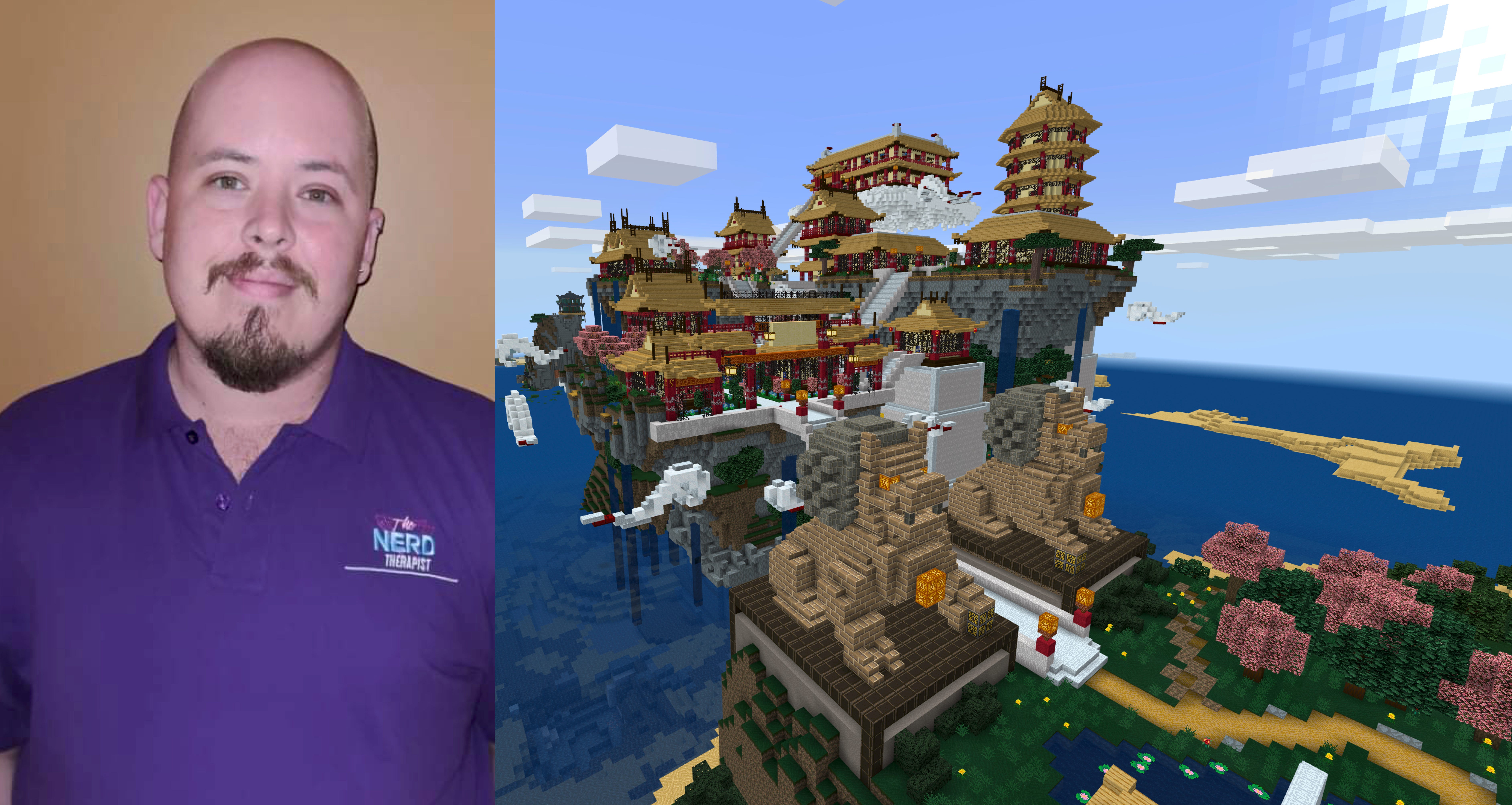 For four years, Michael Keady swung a sledgehammer while building railroads around Australia after dropping out of high school. The hours of manual labor were cathartic, he told Insider.

But today, you won’t find Keady working outdoors — unless it includes roaming a fictional island in popular online game “Fortnite.”

That’s because Keady is a so-called “Nerd Therapist.” He uses role-playing games like “Dungeons & Dragons” and “Minecraft” to connect with his patients, who range from 6 to 60 years old, and whose conditions include social anxiety and autism.

I spoke to Keady recently. His Zoom avatar — a selfie with an animated creature perched upon his shoulder, reminiscent of Ash Ketchum and Pikachu from “Pokémon” — instantly confirms his website’s “lifelong nerd” claim. But he said this geeky side had never been part of his professional life until his experience on the railroads.

There, he said, work “was very isolating, because you were away from home for up to four weeks at a time.” Coworkers often dealt with mental-health issues while on the job, and organizations like Mates in Construction were brought in to speak about recognizing symptoms of depression and addiction.

“They’d just come and give us a crash course in mental health,” Keady said. “And I realized that was actually something I’d be interested in doing.”

So after his railroad contract ended, Keady went to college and graduated with a bachelor’s degree in psychology. In June 2020, he opened his own practice as a registered therapist in Perth. Around this time, Keady often read posts inside therapist Facebook groups. Professionals asked: “Can someone explain Pokémon to me? I work with a lot of kids who really like it.” Similar questions about games— something that he knew a lot about— also appeared in the group, and Keady sensed an opportunity.

In September 2020, he started the blog “The Nerd Therapist,” but didn’t immediately link it to his therapy practice because he was wary of being pigeonholed or seen as unprofessional. On it, Keady explained the different role-playing games, specifically for a mental-health professional audience.

“I wanted to say: ‘​​If you work with young people, but you don’t share their interests, that’s OK. Here is your clinical resource.'”

Within weeks, 500 professionals were following the blog’s Facebook page. Keady was shocked by the response.

“I had no negative comments and was engaging with people who have really respectable job titles,” he said. “People from autism advocacy groups, child protection, clinical psychologists. I thought, ‘OK, I might be onto something here.'”

“I went public,” he said “I changed my practice’s name to ‘Counseling with Mike,’ and the blog from ‘Nerd Therapist’ to something a bit more clinical: ‘Pop Culture Competence.'” A year later, he now also runs therapy programs like “Roll for Growth,” which uses ‘Dungeons & Dragons,” and “Minefuless with Mike,” which centers around “Minecraft.” “[Kids] just get another adult telling them that what they’re doing is wrong,” he said. “It’s incredibly frustrating to have their interests disrespected by adults around them.”

Keady, instead, tries to meet kids where they are.

“A lot of the people I work with haven’t wanted to go to therapy, or they’ve left sessions halfway through,” he said. “But with me, it’s working and they are wanting to come.”

The work comes naturally to Keady because he loves playing the games himself. In his method, games are the entry-point, not the problem. For example, in a game of “D&D,” Keady might ask questions like: “Why did you decide to go to war with that guy?” or “What are you finding you’re good at?”

By doing this, Keady said patients build a reflective process that can be used in the real world long after the game is over.

Alongside his practice, Keady is writing three books that he hopes will help similar people. One is a self-help book with a “nerdy flavor.” Another is an unofficial “D&D” adventure guide he calls “The Curse of the Black Dog,” which is a reference to a metaphor commonly used for depression or anxiety. In the future, Keady hopes to have a study done on his work and to find statistical backing. He also hopes people will become more open to this method of therapy, and is using tools like Reddit AMAs — where users ask questions of a special guest and get them answered — to work toward that goal.

But the present looks good, too. Keady recently went full-time, and he’s excited. He gets to be himself  — a nerdy guy who likes games — and helps others at the same time. His favorite piece of advice, he said, is to “be who you needed when you were younger.”

As Keady sees it, he’s doing just that.