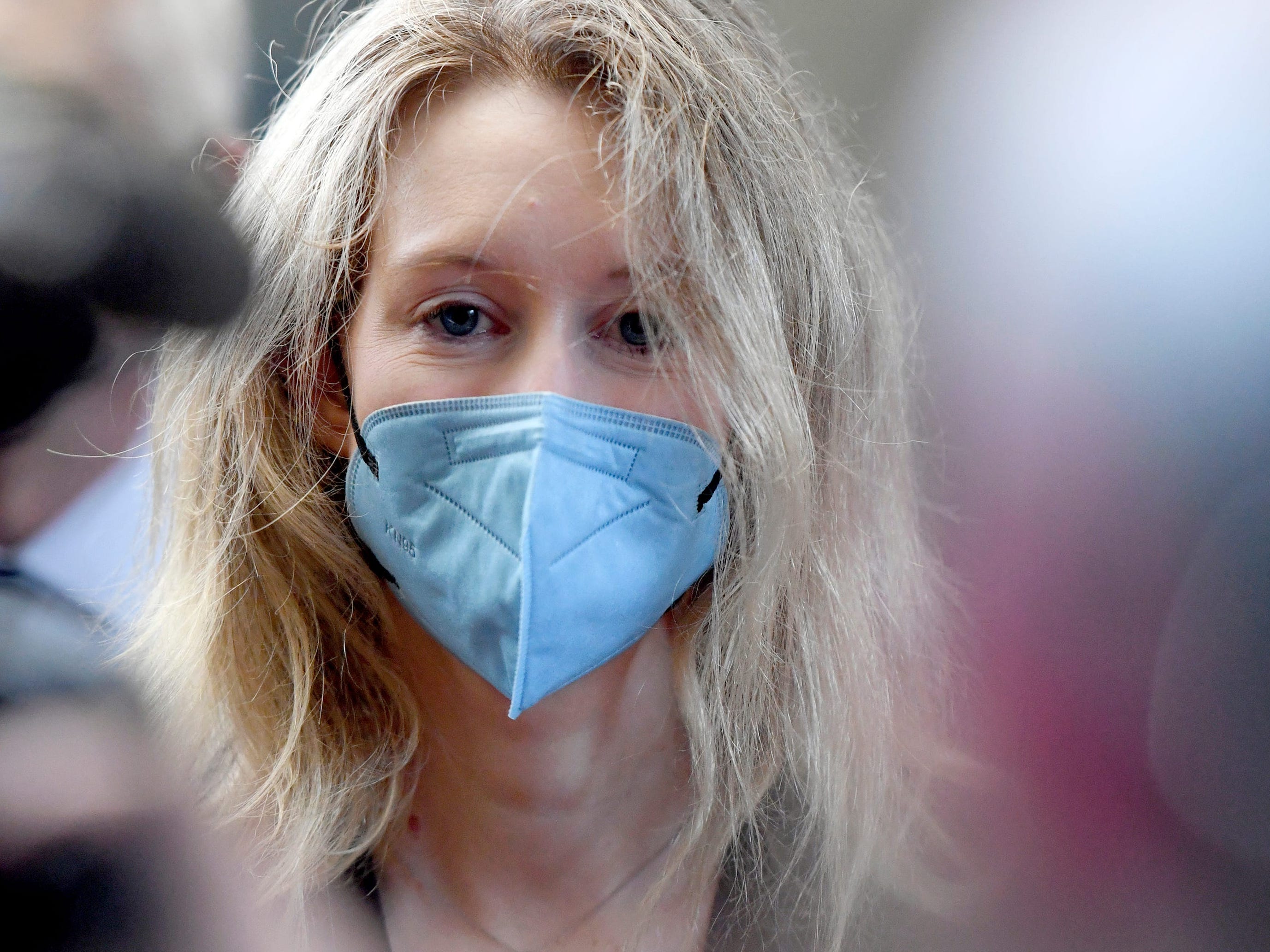 Elizabeth Holmes has been convicted on multiple counts after a months-long federal fraud trial.

The Theranos founder was found guilty of four counts of wire fraud and conspiracy to commit wire fraud on Monday. She was found not guilty of four other counts, and jurors were unable to reach a unanimous verdict on the remaining three counts against her.

Holmes was charged with nine counts of wire fraud and two counts of conspiracy to commit wire fraud. The Justice Department alleged that Holmes and Ramesh “Sunny” Balwani, Theranos’ former president and COO, schemed to defraud investors, doctors, and patients by making false claims about Theranos’ technological abilities and finances and by hiding information about issues with the company’s blood-testing machines. Each count carries with it a maximum 20-year prison sentence, a $250,000 fine, and a requirement to pay restitution.

In recent weeks, investors, patients, doctors, and ex-Theranos employees have taken the stand against the one-time Silicon Valley superstar.

Prosecutors in Holmes’ case called 29 witnesses to testify over the course of 11 weeks. Among them were ex-Theranos employees who said they sounded the alarm on testing issues to no avail, former investors and board members who described being wooed by claims they now know to be false, and Theranos patients who recounted inaccurate test results.

The defense called surprisingly few witnesses, largely leaning on testimony from Holmes herself, who was their last of just three witnesses, to make their case. On the stand for seven days, Holmes frequently deflected blame in her testimony, saying that she relied on Balwani, lab staff, and others for information about Theranos and that she had no reason to doubt them when they frequently reported good news about the company.

Still, Holmes made several key admissions. She acknowledged that she added logos from Pfizer, GSK, and Schering-Plough to company reports without authorization but said no one from the pharmaceutical firms later objected or told her to remove the logos. Holmes admitted to hiding Theranos’ use of modified third-party devices but said she did so because she considered the modifications trade secrets and wanted to protect them accordingly.

She conceded that she tried to kill The Wall Street Journal’s exposé on the company, again leaning on her trade secret defense. Holmes also expressed regrets for some actions, including Theranos’ handling of whistleblower Erika Cheung’s claims and her approach to a Fortune article that helped catapult Holmes to fame but contained multiple inaccuracies.

Holmes dropped out of Stanford at 19 to build Theranos. The company was valued at $9 billion at its peak, earning Holmes recognition as the world’s youngest self-made female billionaire in 2015. It was brought down by a Wall Street Journal investigation that found Theranos couldn’t perform nearly as many tests as advertised and relied heavily on third-party devices, not its proprietary ones.

The Theranos saga has exposed the most extreme repercussions of Silicon Valley’s “fake it till you make it” culture, shone a light on holes in the traditional due diligence process, and proved an indictment of the girlboss feminism for which Holmes was a poster child. Holmes’ trial also got at the cult of celebrity surrounding startup founders and CEOs that helped the charismatic Holmes rake in cash for Theranos while revealing so little about the company.

Balwani’s trial will begin in February.