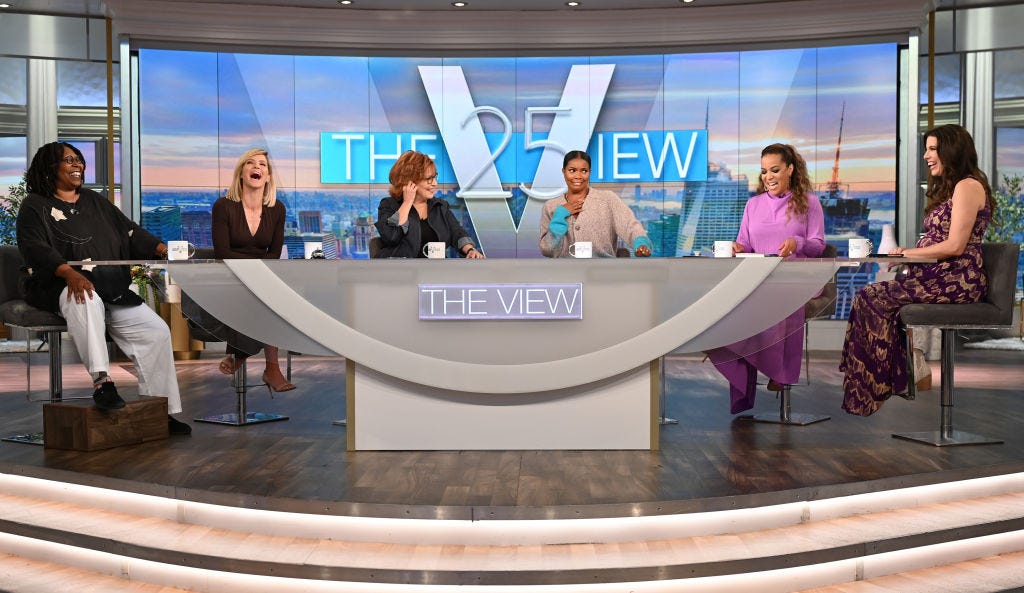 Since the departure of Meghan McCain from ABC’s “The View” earlier this year, the oft-raucous panel has lacked a permanent Republican panelist, and several of the cohosts are pushing the network to nix the rotation of guest hosts and select a conservative replacement, according to Politico.

In August, executive producer Brian Teta told The Wrap that he was “taking a little time” to find the long-running daytime show’s next host.

However, months after McCain’s exit, there has been no resolution on selecting a permanent panelist, and cohosts Joy Behar, Whoopi Goldberg, and Sunny Hostin have reportedly made it known that the continued guest hosting has disrupted the energy of the show.

Hostin, a former federal prosecutor, told New York Magazine in November that the new host having a divergent political view is necessary for the show.

“Right now, we still do need a really conservative voice,” she said at the time. “I also believe it’s really important to not have someone on the panel who spreads misinformation, who adheres to the big lies, who is an anti-vaxxer, because I think that’s dangerous.”

A spokesperson for “The View” told Politico that the show will resume holding auditions for potential hosts in the new year, and will also invite some of the previous guest hosts back for another stint.

Farah will once again serve as a panelist on the program next month. The network will also bring in former New York Times journalist Bari Weiss and former “View” cohost Lisa Ling — individuals who don’t particularly fall under a “Republican” moniker — while the network continues to gauge viewer reaction to the array of guest hosts.

According to sources who spoke with Politico, network executives have had a difficult time finding a suitable replacement, as they are not actively considering a Republican who continues to challenge the 2020 presidential election results or has shown support for the Jan. 6 insurrection at the US Capitol.

The executives are reportedly not screening candidates who have publicly dabbled in conspiracy theories, but would like to hire someone who has “credibility with mainstream Republicans,” according to Politico.

“The problem is that they bring people on under the mantle that this woman is a conservative, when they’re ‘Never Trump,’ so they don’t represent the country,” a guest host told the news outlet.

Executives are also reportedly seeking a conservative that isn’t too congenial with the other cohosts, as the show’s research reveals that audience members want to see quarrels.

According to Politico, the aforementioned request has damaged the chances of Ana Navarro-Cárdenas, a conservative who has rejected former President Donald Trump and gets along well with the other ladies — but is not seen as a “traditional” Republican by producers.

“They are really looking for a unicorn,” a former show staffer told Politico. “They want someone who is going to fight — but not too hard, because they don’t want it to be ugly and bickering.”

The high-profile exits of past conservative hosts including Elizabeth Hasselbeck, Nicole Wallace, Abby Huntsman, and McCain have also contributed to a “perception” that any permanent Republican panelist will be “on borrowed time,” according to Politico.

Sources informed Politico that “The View” was reportedly interested in bringing on libertarian and Fox News personality Kat Timpf, but said that she declined an offer because the program has a reputation for not being friendly to conservative voices.

The program is still on the hunt for their newest member, though.

“Our plans are on track as we continue to look for the right person to join our panel of smart, dynamic women,” a “View” spokesperson told Politico. “We look forward to welcoming guest co-hosts for return appearances and introducing new names into the mix in the new year.”