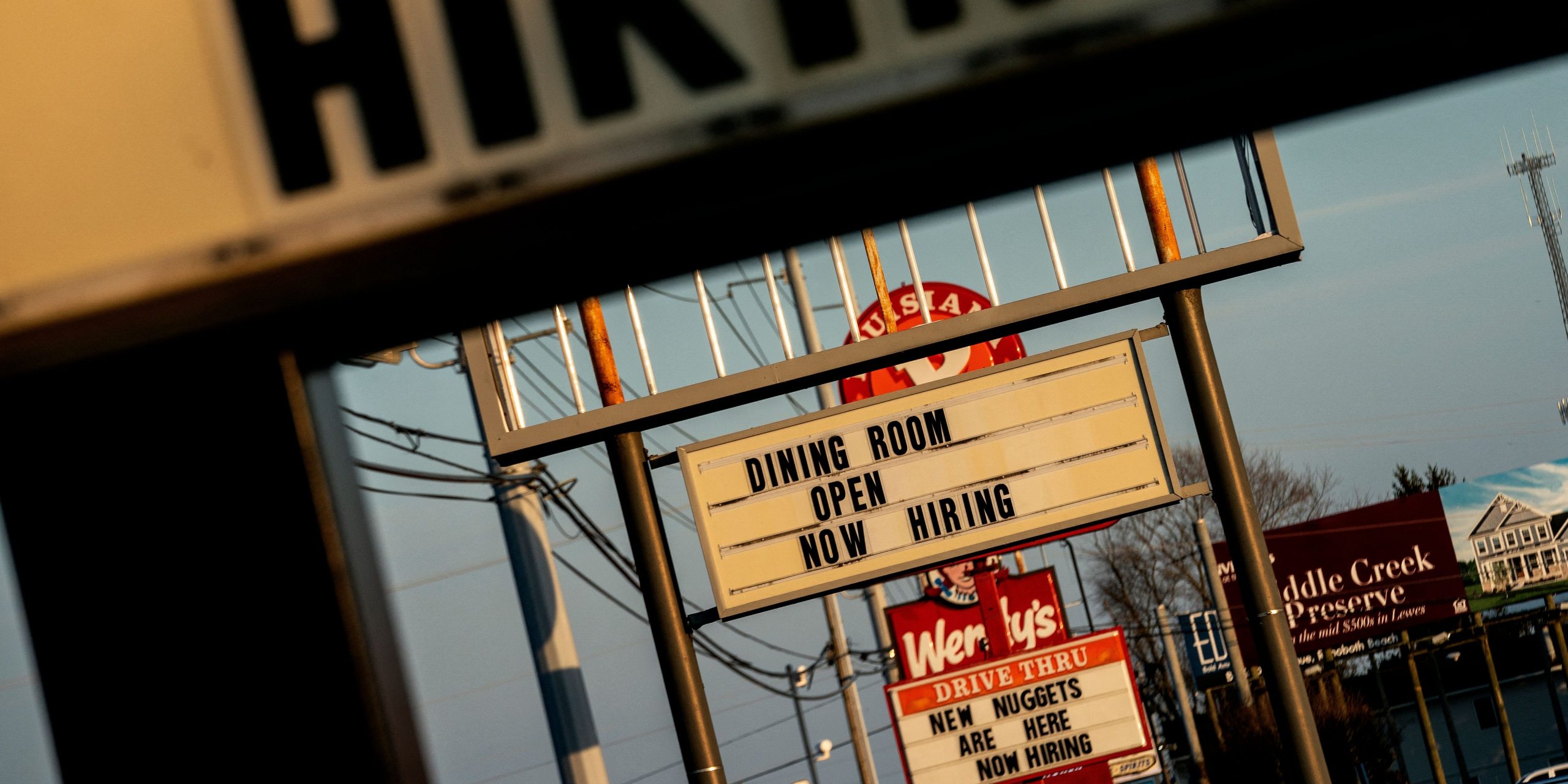 Now Hiring signs are displayed in front of restaurants in Rehoboth Beach, Delaware, on March 19, 2022.

You can hear the whispers all across the economy: Everyone is worried about a recession.

Google searches for “recession” remain elevated, albeit off their mid-June highs. Wall Street banks increasingly expect a downturn in the next 12 months. Even rapper Cardi B is tweeting about it.

The fears aren’t unwarranted. Inflation is running at the fastest pace in 41 years, and the Federal Reserve has made it clear it aims to cool the price surge as fast as it can by raising interest rates. Economists’ worries stem from the fact that soaring rates can quickly stifle demand and slam the brakes on spending, hiring, and overall economic growth.

The US economy added 372,000 nonfarm payrolls in June, according to the Bureau of Labor Statistics, exceeding the average forecast of a 268,000-job gain by a healthy margin. The unemployment rate held at 3.6%, just a hair above the five-decade low seen just before the pandemic crash.

“If people are concerned about a recession, their stress levels should tick down quite a few points today,” Nick Bunker, economic research director at Indeed Hiring Lab, told Insider after the Friday data release. “This is a report that shows the labor market in pretty much the opposite of a recession.”

Bunker said that the labor market continues to be strong, extending what “we’ve seen over the last couple months, and there are signs that there’s a sustainable slowdown to a pace that’s slower than what we were seeing last year, beginning of this year, but still continues to get more people jobs while not necessarily indicating a recession right now.”

In the face of rate hikes, high inflation, and cooling demand, the labor market is still rebounding. The US is poised to surpass its pre-crisis payroll count by the end of August, which would make the current hiring recovery more than twice as fast as that observed after the Great Recession.

Even Secretary of Labor Marty Walsh isn’t sold on the fact that we’re headed towards a recession.

The recession debate is likely to get hotter in the weeks ahead. The first reading of second-quarter gross domestic product is slated for release on July 28. The metric is the most closely watched yardstick of overall economic growth, and the first-quarter print showed the US economy shrinking at an annual rate of 1.4%. And though job creation was solid through the second quarter, a growing number of economists see the economy contracting again.

That’ll make things awkward for experts trying to diagnose the economy’s strength. The National Bureau of Economic Research — the organization that officially designates when downturns start and end — defines a recession as a “significant decline in economic activity that is spread across the economy and that lasts more than a few months.” Yet the generally accepted criterion for a technical recession is back-to-back quarters of negative growth.

Even if there were two quarters of negative growth, the National Bureau of Economic Research may not even make the official recession call, according to Julia Pollak, chief economist at ZipRecruiter, “because we are not seeing a broad slowdown” in the economy.

“Personal income is still pretty strong and payrolls are strong,” Pollak told Insider. “Those are the two measures they look at most closely and care about most when it comes to determining if we’re in a recession.”

Should the Q2 print show another contraction, countless Americans are going to be even more concerned the country sits mired in a recession. Yet the same two-quarter period saw the economy add more than 2.7 million jobs. Not only does that sum fly in the face of recession forecasts, it handily outpaces the job growth rate seen before the pandemic.

“This does look like a job market where the sun is still shining, even if the forecast calls for rain,” Zhao said.