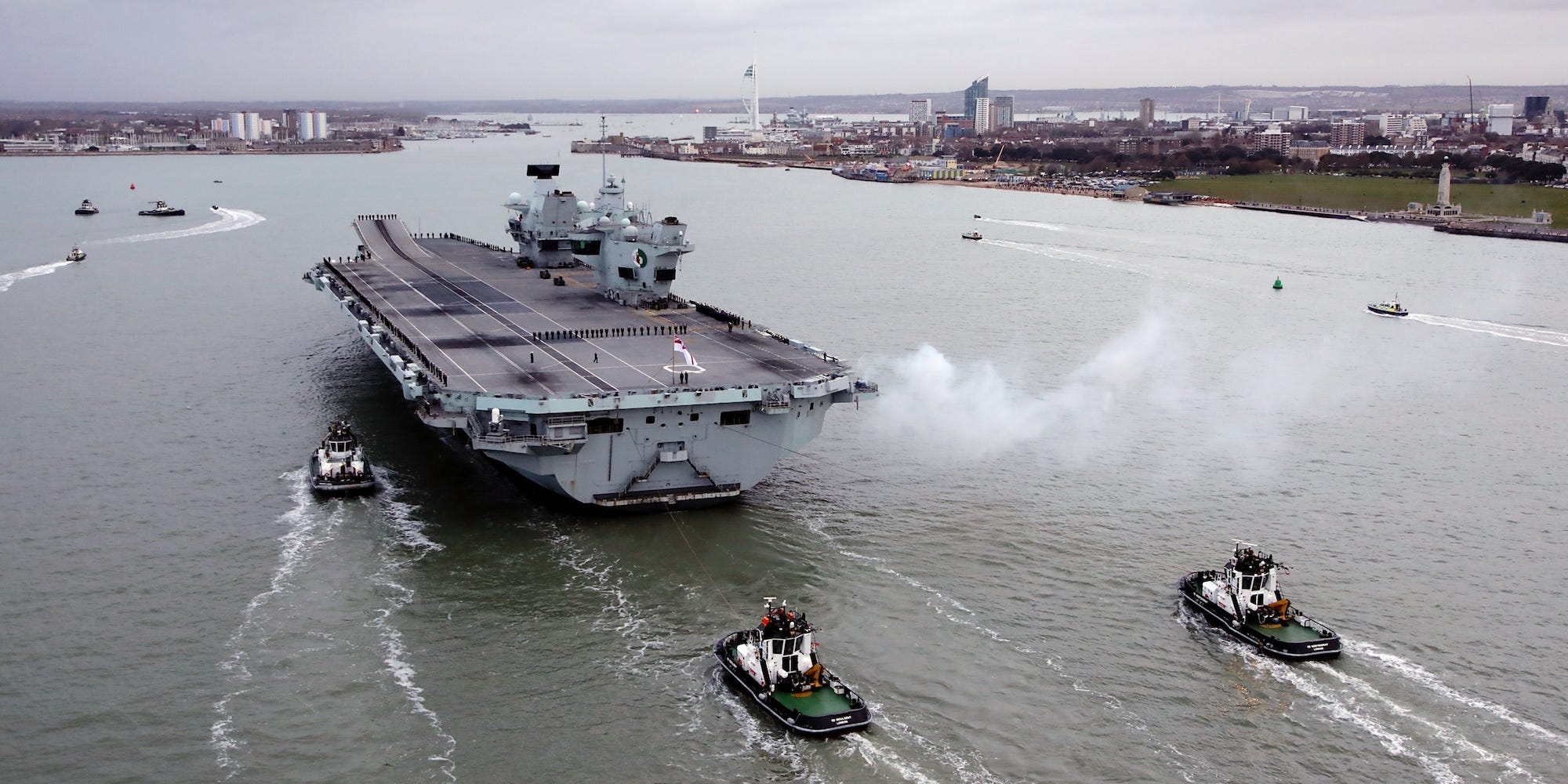 On December 9, the aircraft carrier HMS Queen Elizabeth — the Royal Navy’s new flagship and the largest, most powerful vessel ever constructed for the service — returned to Portsmouth after its maiden deployment.

During seven months of operations as Carrier Strike Group 21, HMS Queen Elizabeth and its escorts sailed through the Mediterranean Sea, the Indian Ocean, and the Western Pacific, working alongside ships from 17 countries and participating in 18 major exercises.

The carrier’s deployment was significant for many reasons and featured a number of milestones involving the F-35 aircraft, including the loss of a British F-35B. US and UK F-35Bs shortly after embarking aboard HMS Queen Elizabeth on September 22, 2020.

Aboard HMS Queen Elizabeth, which can carry 40 aircraft, were 18 F-35s: 10 F-35Bs from US Marine Corps’ Marine Fighter Attack Squadron 211 and eight F-35Bs from Royal Air Force’s 617 Squadron, known as “the Dambusters” in reference to a daring World War II mission.

During the deployment, British and American F-35Bs completed 1,278 sorties — including 44 missions against ISIS targets in support of Operation Inherent Resolve — and flew more than 2,200 hours in total.

“We have never seen a ship with 18 F-35s out there that is going to transverse half the world like we’re going to do,” Lt. Col. Andrew D’Ambrogi, commander of the US Marine squadron, said before the deployment.

D’Ambrogi called the deployment “a pretty bold statement” about power projection, and that was clearly one of the Carrier Strike Group 21’s goals, especially in the Indo-Pacific, a region of increasing importance for the UK.

In a strategy document released in March, the British government said it planned to put “greater emphasis than ever before on the Indo-Pacific reflecting its importance to many of the most pressing global challenges in the coming decade.”

That emphasis was reflected in the deployment of so many F-35s, but British and American F-35s were not the only ones aboard the carrier. Italian, British, and US F-35Bs aboard HMS Queen Elizabeth, in the Mediterranean Sea, November 20, 2021.

“The fact that US, Italian, and UK F-35Bs are able to fly to and from one another’s decks offers tactical agility and strategic advantage to NATO,” said Royal Navy Commodore Steve Moorhouse, commander of the UK Carrier Strike Group.

The US, UK, and Italy are the only NATO members that currently operate the F-35B variant, and having all three operating their jets aboard the carrier was “a telling demonstration of the ability of the UK’s flagship to work seamlessly with other nations,” Moorhouse added.

This ability is extremely important for allied interoperability.

US Air Force pilots regularly do proficiency training on civilian airfields, on airfields operated by other US service branches, and on foreign military airfields “just for the experience of dealing with unfamiliar controllers,” Hudson added.

Besides F-35Bs from those three allies, Carrier Strike Group 21 operated alongside F-35s from four other militaries during its deployment. But it was not all good news for Britain’s new flagship.

A dent in its record On November 17, a British pilot was forced to eject from his F-35B during routine flight operations near Egypt.

The pilot was recovered safely, but the jet was lost at sea, prompting a hectic search in order to prevent sensitive equipment from being retrieved by adversaries. The aircraft was recovered in early December.

It was the first accident involving a British F-35B, a plane that costs the UK military roughly $165 million.

According to Justin Bronk, a research fellow at the Royal United Services Institute, the lost F-35B was one of the newest ones in the British fleet.

Its age meant it had “significantly lower Block IV upgrade requirements than older airframes,” Bronk said, referring to an upcoming suite of hardware and software upgrades that will considerably increase the jet’s already formidable capabilities.

Britain has 23 F-35Bs remaining, three of which are still undergoing testing and evaluation in the US. It has ordered 24 more, which are scheduled for delivery by 2025.

The UK initially planned to buy 138 F-35Bs, but that was cut to 48 jets. In the UK’s 2021 defense review, officials announced plans to increase the fleet to more than 48, though they didn’t give an exact number. HMS Queen Elizabeth and HMS Prince of Wales meet at sea for the first time, May 18, 2021.

The first-in-class HMS Queen Elizabeth and its sister ship, HMS Prince of Wales, are the only two carriers of their class, but both hit major milestones this year, reflecting the UK’s renewed emphasis on global military reach.

Despite the loss of an F-35B, the deployment of Carrier Strike Group 21, its participation in international exercises, and the advances in F-35 interoperability were all displays of Britain’s renewed maritime power.

As the British government said in its 2021 defense review, the strike group showcases “the UK’s ability to project global influence and send a powerful message about our ability, and our willingness, to act globally.”

Constantine Atlamazoglou works on transatlantic and European security. He holds a master’s degree on security studies and European affairs from the Fletcher School of Law and Diplomacy.