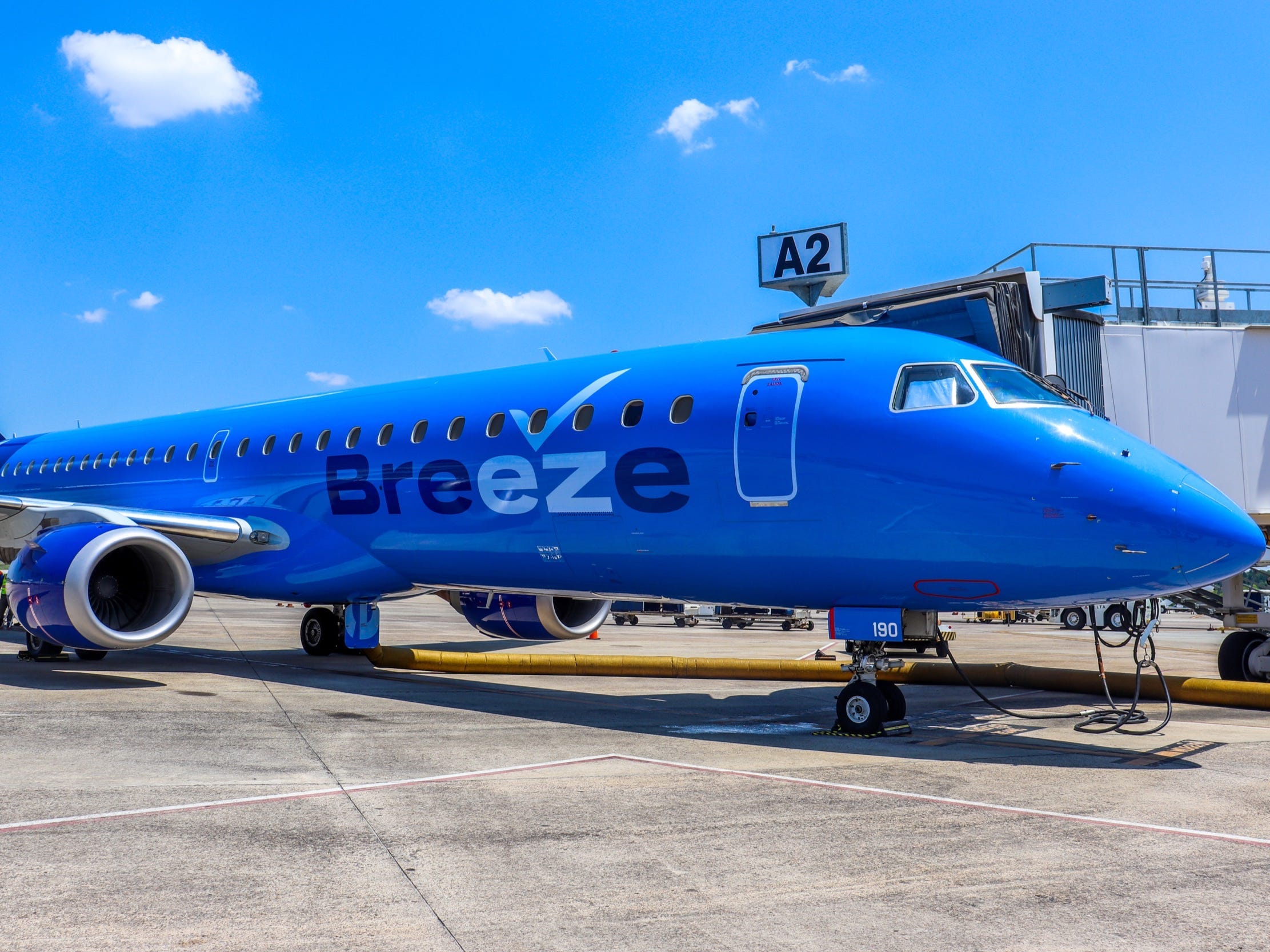 The airline industry had a tumultuous year of pandemic-driven ups and downs, but one sector appeared to take advantage of COVID-19’s presence — startup carriers.

There were a handful of low-cost newcomers that launched in the US in 2021, including Avelo Airlines, Breeze Airways, and Aha!, ExpressJet Airlines’ new leisure brand. While getting just one new startup in a single year is unusual, considering that hasn’t happened in over a decade, getting three is extremely impressive.

Since the start of the coronavirus pandemic, existing airlines have had to make cash-saving decisions, whether it be decreasing its number of aircraft or slashing its labor force. While those reductions were a thorn in the side for carriers like Delta and United, it was a golden opportunity for startups to snag cheap planes or hire furloughed aviation employees that needed work.

“When COVID hit, both Avelo and Breeze were able to take advantage of a glut of airline employees like pilots, flight attendants, mechanics, airport agents, and other airline professionals who found themselves in need of a new job,” Henry Harteveldt, president and travel industry analyst of Atmosphere Research Group, explained to Insider.

Meanwhile, Avelo capitalized on the low lease rates for the Boeing 737-700 planes it acquired from Southwest Airlines, according to Harteveldt.

Harteveldt also explained that airlines were forced to drop a number of routes in the wake of COVID-19, opening underserved networks and airport space that could be scooped up by newcomers. For example, American Airlines pulled out of New Haven, Connecticut, in September, allowing Avelo to operate as the airport’s sole operator in an unserved market and negotiate leases for airport space and facilities.

Meanwhile, on the other side of the US, Harteveldt said Avelo took advantage of the reduced service at California’s Hollywood Burbank Airport by various carriers.

“They negotiated access to gates, ticket counter space, and other facilities at Burbank to launch their West Coast operations, as opposed to Long Beach, Los Angeles, or Ontario,” he said.

The pandemic also opened a number of city pairs and markets that the startups swooped in on, Harteveldt told Insider.

“Breeze had identified many markets, but it’s possible they accelerated the list of cities that they wanted to serve to take advantage of market opportunities they felt existed,” he said. “This includes adding cities to their network sooner than expected because they could get more favorable rates from airports, or connecting markets they didn’t initially expect to connect due to reduced service from other carriers.”

As far as Aha!, the company saw the pandemic as a way to experiment, tap into a market opportunity, and raise ExpressJet from the ashes, explained Harteveldt.

While Avelo, Breeze, and Aha! did take off this year, there are a couple of other potential startups waiting for launch. California-based Airbahn is planning to take off soon, according to its official Facebook page, having acquired its first A320 aircraft in November. The carrier plans to operate out of either Long Beach or Orange County in California and fly to cities in California, Nevada, and Canada.

Meanwhile, the new long-haul, low-cost startup Northern Pacific Airways wants to use Anchorage, Alaska, as a layover point to connect Asia with the lower 48 US states in 2022. The carrier wants to operate in Tokyo and Seoul in Asia, and Los Angeles, San Francisco, New York, Las Vegas, and Orlando in the US.

While there are more to come, the industry is celebrating the newcomers that have launched so far. Here’s a closer look at the US’ three low-cost startup carriers introduced in 2021. Avelo Airlines launched on April 28 with an inaugural flight from Burbank in Southern California to Santa Rosa in wine country. The carrier was created by Andrew Levy, who is known as the former co-founder of Allegiant Air and the former chief financial officer of United Airlines. The airline is a no-frills, low-cost product that operates point-to-point routes to secondary markets using a fleet of Boeing 737 aircraft. So far, the carrier flies to 17 cities out of its two bases — Burbank on the West Coast and New Haven on the East Coast. Established by JetBlue founder David Neeleman, Breeze Airways launched on May 27 with a flight from Tampa, Florida, to Charleston, South Carolina, using an Embraer 195 aircraft. The carrier’s business strategy is to operate short-haul routes to underserved cities, having launched flights to 12 cities across the US from its bases in Tampa, Charleston, New Orleans, and Norfolk, Virginia in May. The carrier plans to add the Airbus A220 to operate longer routes in the future, having received its first recently. Since its launch, the carrier has expanded to 18 destinations. Air-hotel-adventure, simply known as Aha!, is ExpressJet Airlines’ new leisure brand. The carrier launched on October 24 with a flight from its base at Reno-Tahoe International Airport to Tri-Cities Airport in Pasco, Washington. The company uses 50-seater Embraer 145 regional aircraft in a 2-1 configuration, meaning no passengers will be stuck in the dreaded middle seat. The airline launched with eight routes out of Reno but has expanded to 10 since then, and expects to have 20 cities in its network in the coming months.