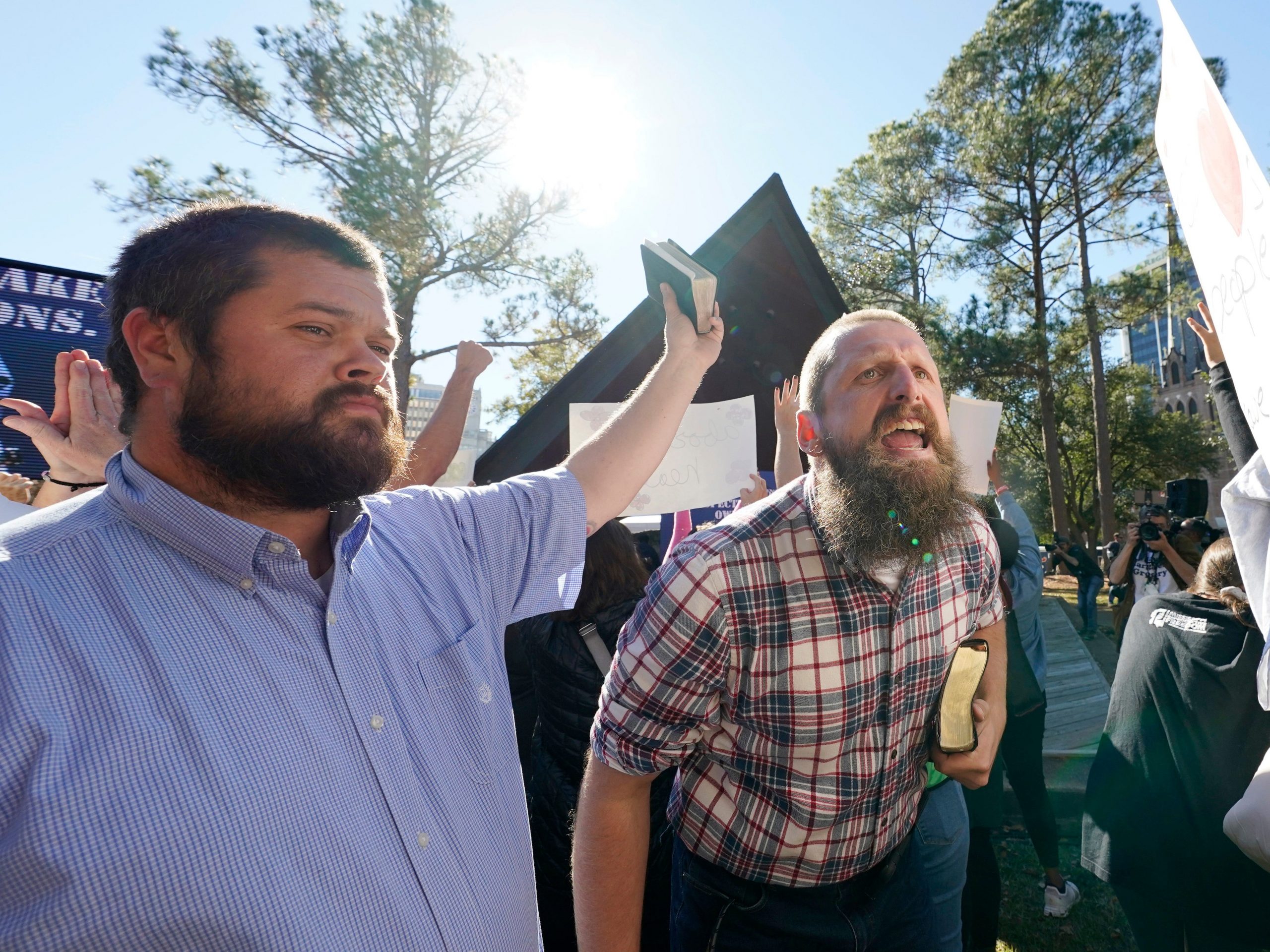 Anti-abortion activists Allen Siders call out at speakers during an abortion rights rally in Jackson, Mississippi.

The only demographic in America that reliably opposes abortion access is men over the age of 50, according to an analysis of data provided to Insider from Gallup’s annual survey on abortion.

The Supreme Court in June overturned Roe v. Wade, a decision that has brought abortion to the forefront of the national conversation.

Age is a significant factor: the only age demographic that has a greater percentage of individuals who identified as “pro-life” as over “pro-choice.”

When it comes to legal abortion under any circumstance, older men are the least supportive.

Setting aside self-descriptions, overall support for abortion under certain or any conditions is significant and steady. In the three years from 2020 to 2022, on average 79% of men and 82% of women aged 18 to 49 as well as 82% of men and 81% of women 50 and up support abortion in at least some condition.

Younger women from the ages of 18 to 49 reported the largest margin of difference (26 percentage points) between being “pro-choice” and “pro-life”.

Support for “pro-choice” views among younger women in particular are 10 percentage points higher than they were two years ago.

Women over the age of 50 showed the most stability in their stance on abortion, but over the past three years have been become majority “pro-choice”.

But while the margin of difference between the two camps in this demographic group are not as stark as its younger counterpart, people who self-describe as “pro-life” steady declined beginning in 2020, while “pro-choice” numbers went up.

Younger men, from the ages of 18 to 49, have been generally steady in their abortion-related beliefs, of late.

Although a greater share of men (51%) in this demographic said they are “pro-choice,” a close 45% reported that they identify as “pro-life.” That is the smallest margin between the two identifiers reported by any of the four demographic groups in the survey.