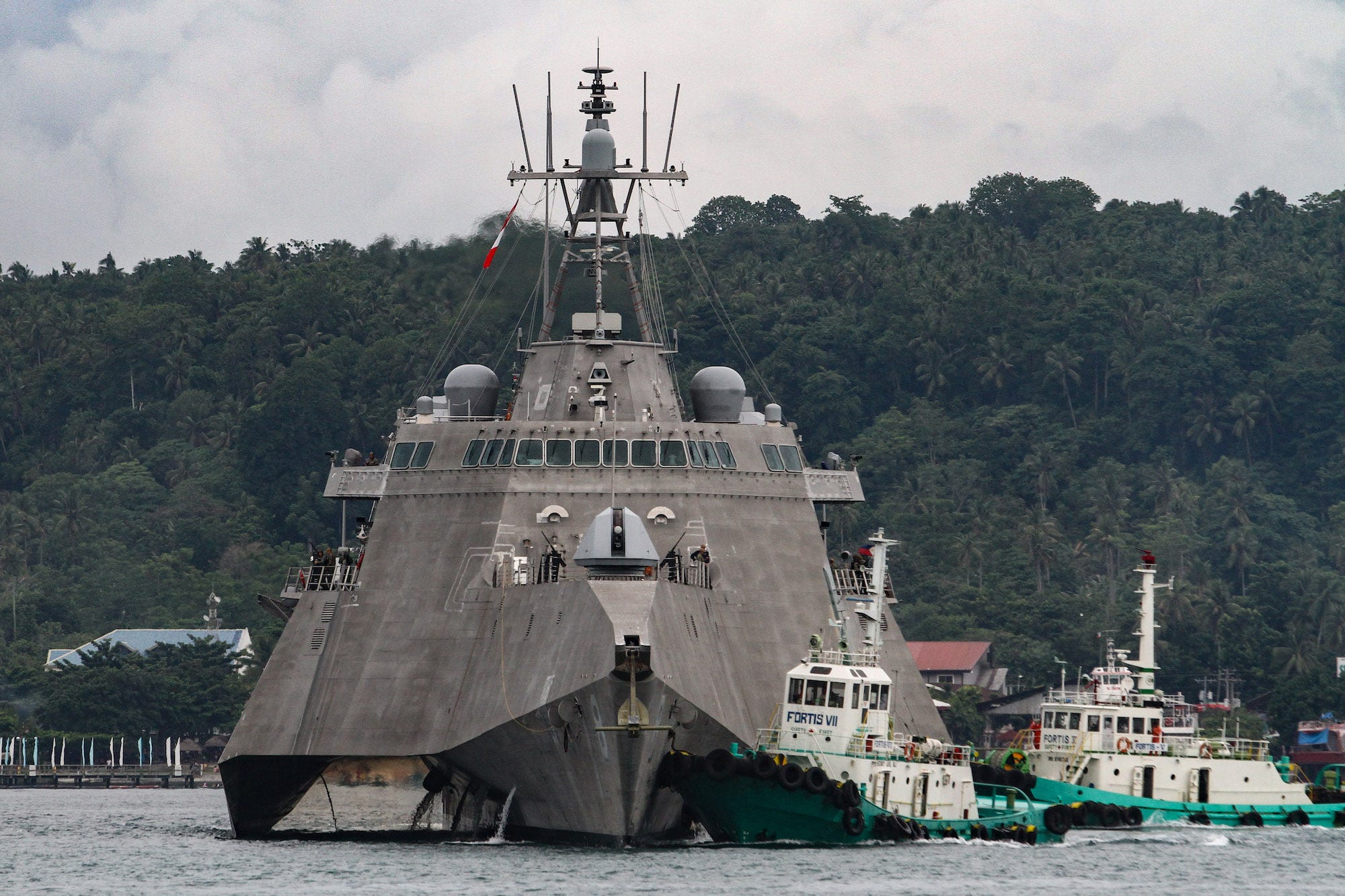 This photo taken on June 29, 2019, shows USS Montgomery (LCS 8), an Independence-class littoral combat ship of the United States Navy, in Davao City on the southern island of Mindanao for a port visit.

The US Navy announced Thursday it fired the top two officers in charge of the USS Montgomery due to “a loss of confidence in their ability to command.”

Cmdr. Richard Zamberlan, the commanding officer, and Cmdr. Phillip Lundberg, the executive officer, were both relieved of duty in a rare termination of two high-ranking officials. Both Zamberlan and Lundberg will be reassigned to the Pacific Fleet’s Naval Surface Force, the Navy statement said.

Though the Navy did not reveal the reasons behind the firings in its December 30 statement, The New York Times and The San Diego Union-Tribune reported shortly afterward that both Zamberlan and Lundberg had been removed due to their handling of a sexual harassment investigation.

The details of the investigation and the two officers’ roles in it remain unclear. The USS Montgomery is a littoral combat ship based in San Diego.

According to the Navy statement, Cmdr. Dustin Lonero has been named the commanding officer “until a permanent relief is identified.”

As The Times reported, the US Navy has fielded several high-profile sexual harassment scandals within the last year.

Last April, a Navy one-star admiral who oversaw Fleet Readiness Centers was relieved of duty amid a sexual harassment investigation. At the time, the Navy issued a similarly brief statement announcing that the termination was due to a “loss of confidence in his ability to command.”