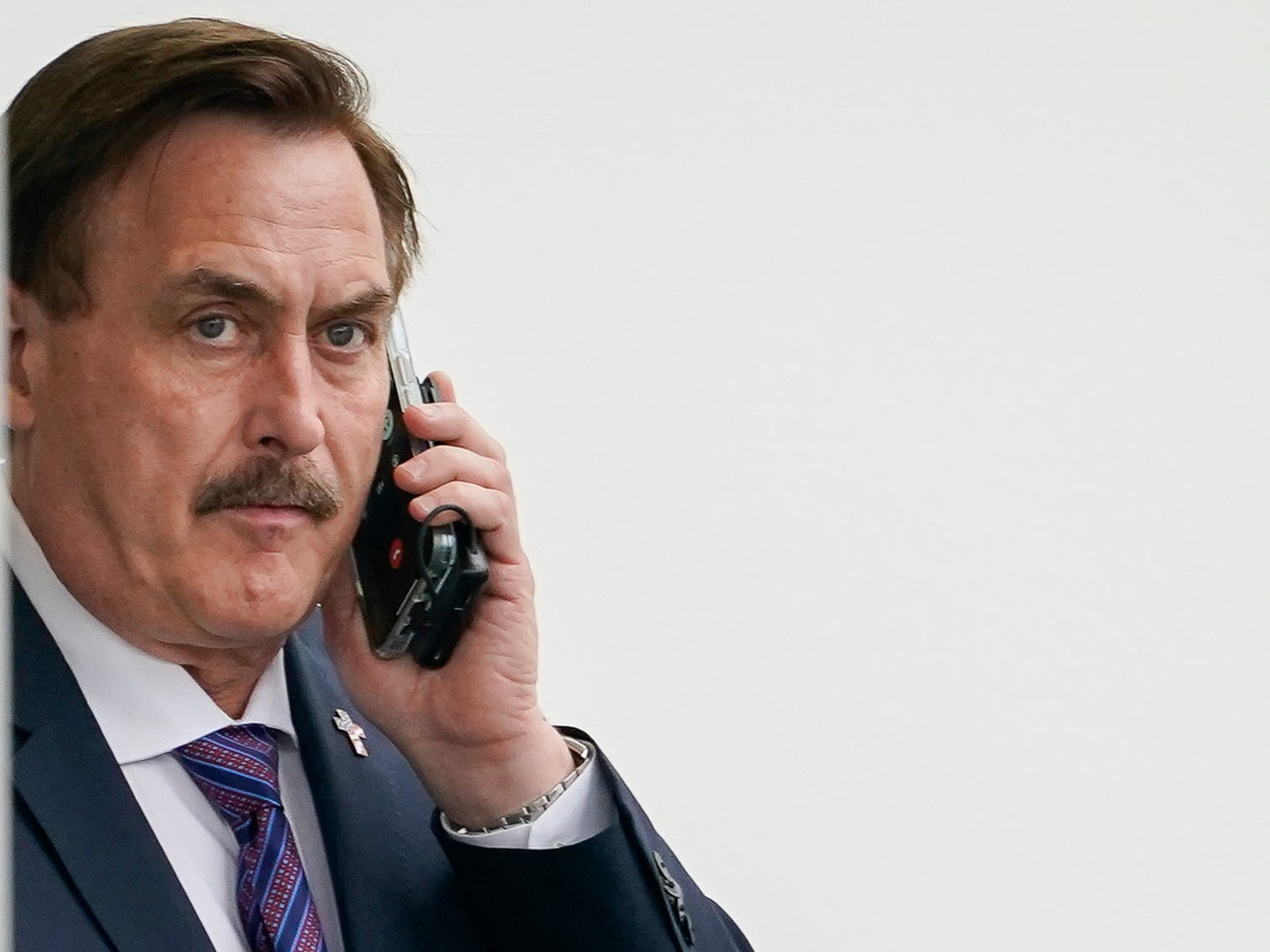 MyPillow CEO Mike Lindell waits outside the West Wing of the White House on January 15, 2021 in Washington, DC.

Mike Lindell is the latest person in former President Donald Trump’s orbit to have records subpoenaed by the January 6 select committee.

According to Lindell, the subpoena asks for “all records of communication” from Lindell’s cell number from November 1, 2020, to January 31, 2021.

In response, the My Pillow CEO filed a lawsuit on Wednesday against the January 6 committee, Speaker Nancy Pelosi, and Verizon in a bid to stop Verizon from sharing his information with the committee.

The lawsuit says Lindell is seeking “declaratory and injunctive relief to invalidate the Subpoena on several grounds and to prohibit its enforcement.” Lindell is also asking to review the information in the subpoena before Verizon produces any documents “so that he may assert any applicable claim of attorney-client or other privilege before the information is produced to the Select Committee.”

Lindell has denied that he was part of any meetings in the run-up to the January 6 “Save America” rally and the ensuing Capitol riot. But a Facebook post made by Daniel Beck, the CEO of Idaho-based Txtwire, places Lindell at a meeting at the Trump International Hotel in Washington, DC, on January 5, 2021.

“The Trump hotel is Amazing!! Fifteen of us spent the evening with Donald Trump Jr., Kimberly Guilfoyle, Tommy Tuberville, Michael J. Lindell, Peter Navarro, and Rudy Giuliani,” read Beck’s Facebook post. “We talked about the elections, illegal votes, court cases, the republics’ status, what to expect on the hill tomorrow. TRUMP WILL RETAIN THE PRESIDENCY!!!”

Speaking to Insider on Wednesday night, Lindell called the subpoena “election deflection” and said the January 6 committee was “garbage.” He also denied ever being at the meeting, saying Beck was “either lying” or “misconstrued.”

“I wasn’t there. I was in Virginia. If (Beck) saw me, I was walking through the lobby on my way to a dinner in Virginia with people from another country. People have asked me about this, and I’ve even shown them a picture, like, I can’t be in two places at the same time,” Lindell continued.

Lindell added that he was not there on January 6.

“This is all a big, big charade, and I’m not wasting my time on any garbage. This is an illegal, corrupt subpoena to get my phone records. I got nothing to hide, but I’m not giving them my records. Whatever happened to our right of free speech?” Lindell said. “People who think this is a normal Democrat party are sadly mistaken. This is deep state, CCP, China — China attacked our country. This is the biggest crime ever.”

Lindell has aggressively pushed a slew of Trump’s voter-fraud claims, and as a result, is facing a $1.3 billion defamation lawsuit from Dominion Voting Systems. MyPillow is counter-suing Dominion for $1.6 billion.

Lindell told Insider in December that he had already spent $25 million and counting pushing voter-fraud claims.

There is no evidence of widespread voter fraud. Lindell, however, has held multiple events, including a 72-hour cyber symposium and a 96-hour marathon “Thanks-a-Thon” live stream in November, in a bid to convince more people that voter fraud did occur.