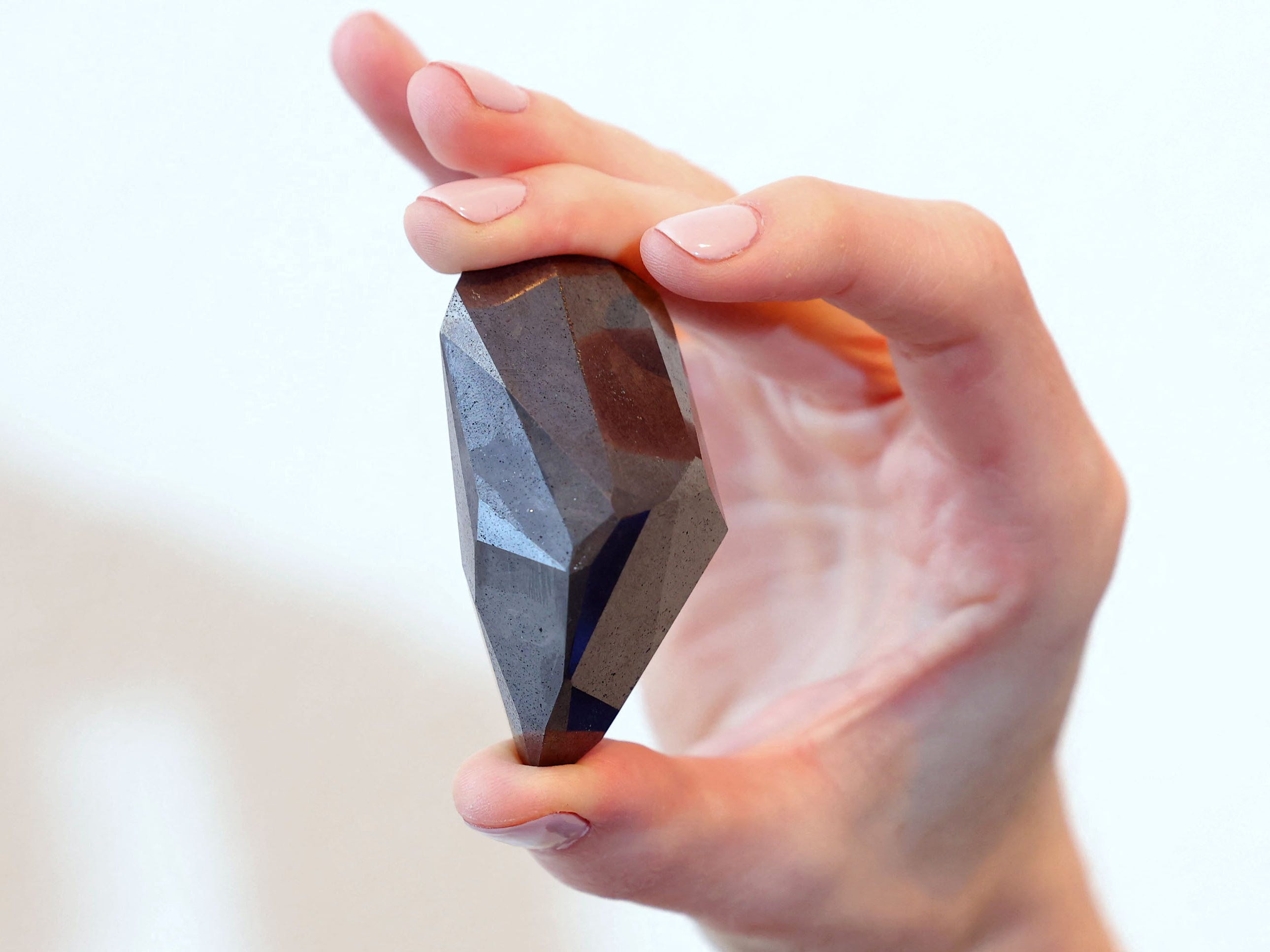 A 555.55-carat black diamond called The Enigma is up for auction, and Sotheby’s is accepting cryptocurrency in payment.

Sotheby’s is auctioning off a 555.55-carat black diamond, and crypto enthusiasts can bid for it using cryptocurrency.

Dubbed The Enigma, the gem was listed in the Guinness Book of World Records as the largest cut diamond in the world. It is to be part of a special sale that will allow bids in cryptocurrency.

According to Coindesk, Sotheby’s will accept bitcoin, ethereum, and the stablecoin USDC — in addition to conventional currencies — in the auction.

Sotheby’s estimates that the diamond, which has 55 facets, could sell for at least 5 million British pounds, or $6.8 million, per the Associated Press.

Sophie Stevens, a jewelry specialist at Sotheby’s Dubai, told the AP she believed the diamond could be from space.

“With the carbonado diamonds, we believe that they were formed through extraterrestrial origins, with meteorites colliding with the Earth and either forming chemical vapor disposition or indeed coming from the meteorites themselves,” Stevens said.

This is the second time Sotheby’s is accepting cryptocurrency bids for auctions on gems. In July, the auction house sold a gemstone for $12.3 million to a mystery buyer who paid for the 101.38-carat diamond in cryptocurrency.

Accepting crypto payments is a way for Sotheby’s to attract a younger generation of buyers, Wenhao Yu, deputy chairman of Sotheby’s Jewellery in Asia, told Coindesk in July.

“By introducing this innovative payment option to our luxury sale, we open up new possibilities and expand our reach into a whole new clientele, many of whom are from the digitally savvy generation,” he said.

The diamond will be exhibited in Dubai until January 20. It will then be shown twice more — in Los Angeles and London — before bidding kicks off on February 3 via an online-only auction.