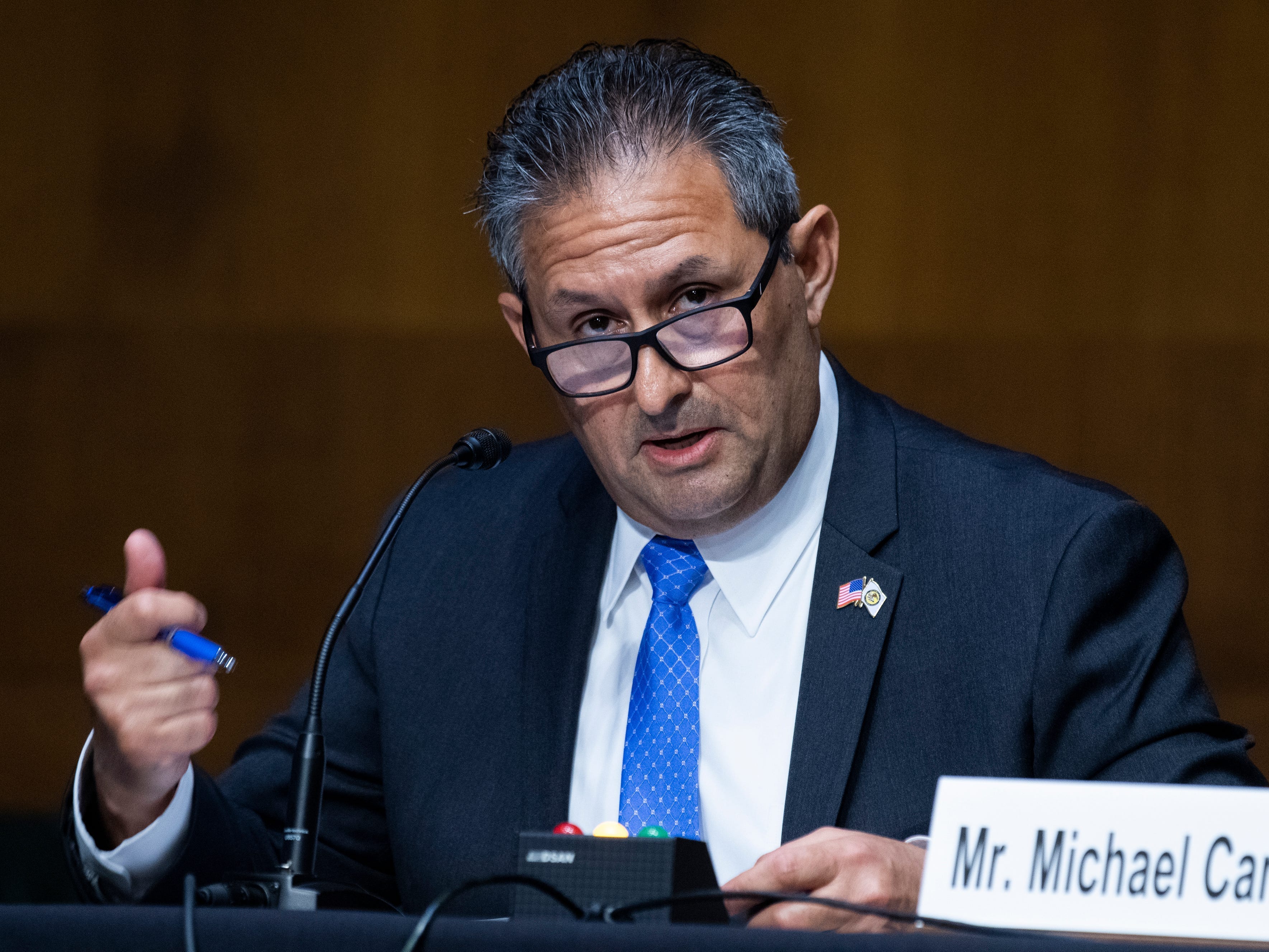 Michael Carvajal, director of the Federal Bureau of Prisons, testifies during a Senate Judiciary Committee hearing on the coronavirus response on June 2, 2020.

Michael Carvajal, the Trump-appointed head of the federal prison system, is stepping down after months of calls from Democrats for his dismissal, according to a person familiar with the matter.

Carvajal is expected to announce as early as tonight that he will retire, the person said. He will remain the Bureau of Prisons director for an indefinite period as the Biden administration searches for a successor.

A longtime correctional officer, Carvajal was named director of the Bureau of Prisons in February 2020 by then-Attorney General William Barr, just months after Jeffrey Epstein died by suicide in federal custody. Carvajal was previously the bureau’s assistant director for correctional programs, a post with oversight of emergency planning and a variety of other prison activities.

“We are very appreciative of Director Carvajal’s service to the department over the last three decades. His operational experience and intimate knowledge of the Bureau of Prisons – the department’s largest component – helped steer it during critical times, including during this historic pandemic,”  said Justice Department spokesman Anthony Coley.

Carvajal’s tenure was marked by the rampant spread of coronavirus within the federal prison system, blistering reports from the Justice Department’s internal watchdog, and criticism over staffing shortages and poor working conditions.

As a holdover from the Trump administration, Carvajal found himself on treacherous footing following the inauguration of President Joe Biden.

Sen. Dick Durbin, the top Democrat on the Senate Judiciary Committee, called as recently as last month for Attorney General Merrick Garland to remove Carvajal, saying he “has shown no intention of reforming the institution.”

Speaking on the Senate floor, Durbin also cited Epstein’s death at the federal Metropolitan Correctional Center in New York City, a facility that was shuttered earlier this year, and reports of misconduct by prison staff.Durbin pointed to an Associated Press investigation that found more than 100 federal prison workers have been arrested, convicted or sentenced for crimes since the start of 2019.