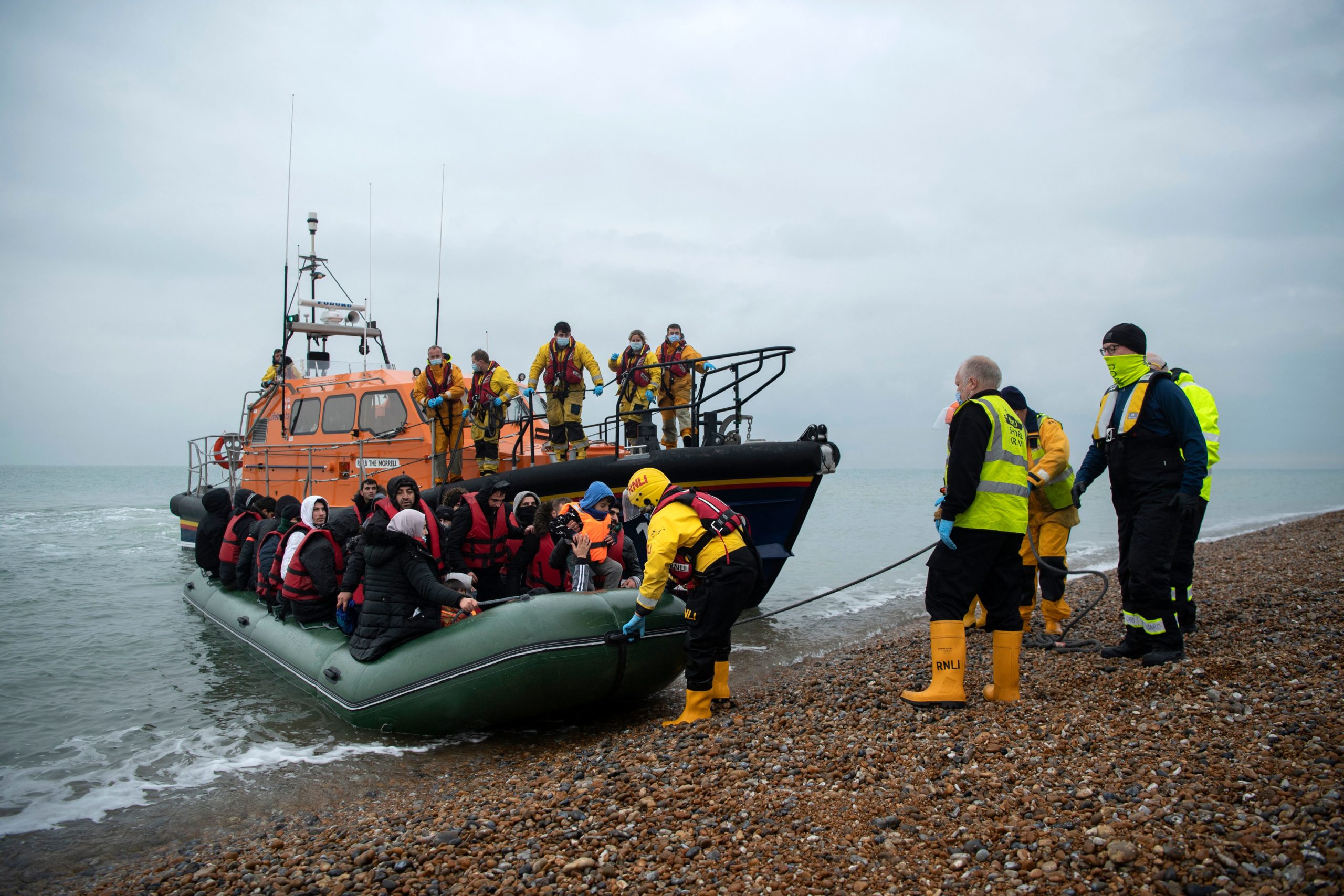 John Lichfield is a former foreign editor of the Independent and was the newspaper’s Paris correspondent for 20 years.

How depressing to see the French and British leaders squabbling over responsibility for the migrants in the Channel just two days after 27 refugees drowned in the freezing waters off Dunkirk.

How foolish of Prime Minister Boris Johnson to tweet a letter to President Emmanuel Macron that was supposedly a five-point plan to solve the Channel migrant crisis but was actually tabloid fodder to shift blame to the French.

How short-sighted of President Emmanuel Macron to allow his understandable pique to overcome official grief for the dead refugees.

Inevitably, the poor relations that already existed between Britain and France, Johnson and Macron, post-Brexit make it harder for the two governments to manage this complex, deep-rooted and deadly crisis. So do the proximity of the French elections in April and Johnson’s blunder-strewn collapse in the opinion polls in Britain.

As if on cue, French fishermen briefly blocked road access to the Channel Tunnel and three French Channel ports yesterday to protest against Britain’s refusal to issue all the inshore fishing licenses that they had expected (and the post-Brexit treaty had promised).

That unnecessary dispute (largely of Britain’s making) is placed in grim context by the events on Wednesday. Seventeen men, seven women and three teenagers died when their absurdly flimsy, inflatable raft — little more than a giant beach toy — foundered 20 kilometres off the French coast.

“Disputed seas” on the one hand; “the cruel sea” on the other.

Those deaths will not be the last of their kind. Scores of equally flimsy, crowded “boats” continue to cross daily one of the most treacherous and crowded narrow seaways in the world.

The British and French leaders have a joint responsibility to find a way to reduce this insane traffic. Can they put aside their other quarrels and electoral considerations and untangle a conundrum that is almost 30 years in the making? The latest posturing on both sides of the Channel suggests not.

Johnson’s letter — far from being a serious response to Wednesday’s calamity — was a deliberate appeal to French-bashing tabloid fury. He had a long phone conversation with Macron on Thursday Thursday in which both men agreed that new thinking was needed.

He then wrote — and immediately tweeted out — a long letter to Macron in which he repeated two long-standing British — and “Britocentric” — ideas that have already been dismissed by France as unworkable and insulting.

He suggested joint French-British police patrols on French beaches — an implication that French police are neglecting their duties and an infringement of French sovereignty.

Johnson also suggested that all migrants who did cross — almost 25,000 this year — should be sent straight back to France. Such a solution is dubious under international law. Politically, it would be hazardous for Macron to accept in the run-up to a French election in which migration is shaping to be a dominant issue.

Macron suggested in a press conference in Rome that the letter showed Johnson was not a “serious” politician — something that Macron’s people have long been saying in private. The French government spokesman, Gabriel Attal, said the letter was “impoverished in content and misplaced in form” and full of “double-talk” — not the kind of words generally used between democratic governments of allied nations.

Attal has a point about one thing, however. The British government and British media suffer from acute amnesia about the Channel migrant crisis — which has existed in various forms since the early 1990s. The main burden of protecting Britain from successive waves of Balkan, Asian and African refugees from war, persecution or famine in the last 18 years has fallen on the French police and the French taxpayer.

Under the Treaty of Le Touquet signed in 2003, the British southern frontier was shifted, de facto, to the Pas de Calais. Since then French security forces, only partially funded by London, have progressively gummed up all the previous means by which unauthorised travellers reached England — by truck or train, ferry or tunnel.

For many years the migrants were terrified (rightly) of taking to the sea. Crossing by any other means became so hard that they started to take to small boats three years ago. The traffic has doubled in the last year.

The British government and media accuse France of letting the migrants cross — forgetting that France has played a huge role in restraining them for almost two decades.

Paris also complained — rightly — that there was not a single word in the Johnson letter about how Britain might take more responsibility for what is ultimately a British problem. The Calais migrants are only a fraction of those who enter the EU illegally. They are determined to go to Britain because they speak a little English or have family or contacts there (just as others are determined to go to Germany or France or Belgium).

France believes that any partial solution to the crisis must involve Britain taking responsibility for its “share” of the refugee influx into Europe. In 2020, France dealt with 80,000 asylum applications and the EU as a whole 416,000. The U.K. handled 29,000

Paris wants Britain to set up some means for the “Calais migrants” to make formal requests for asylum in the U.K. without leaving French soil. That, the French argue, is the only way of reducing the desperation which leads them to take to the open sea in beach toys.

Politically, the idea is as toxic for Johnson as accepting an immediate bounce-back of successful Channel-crossers would be for Macron. Migration and “controlling our own borders” were among the main drivers of Brexit.

Somewhere in a merger of these two ideas – returning some migrants; giving hope to others – a means of easing the crisis might be found.

That would take good will and political courage on both sides of the Channel. Judging by yesterday’s, slanging match, it exists on neither.