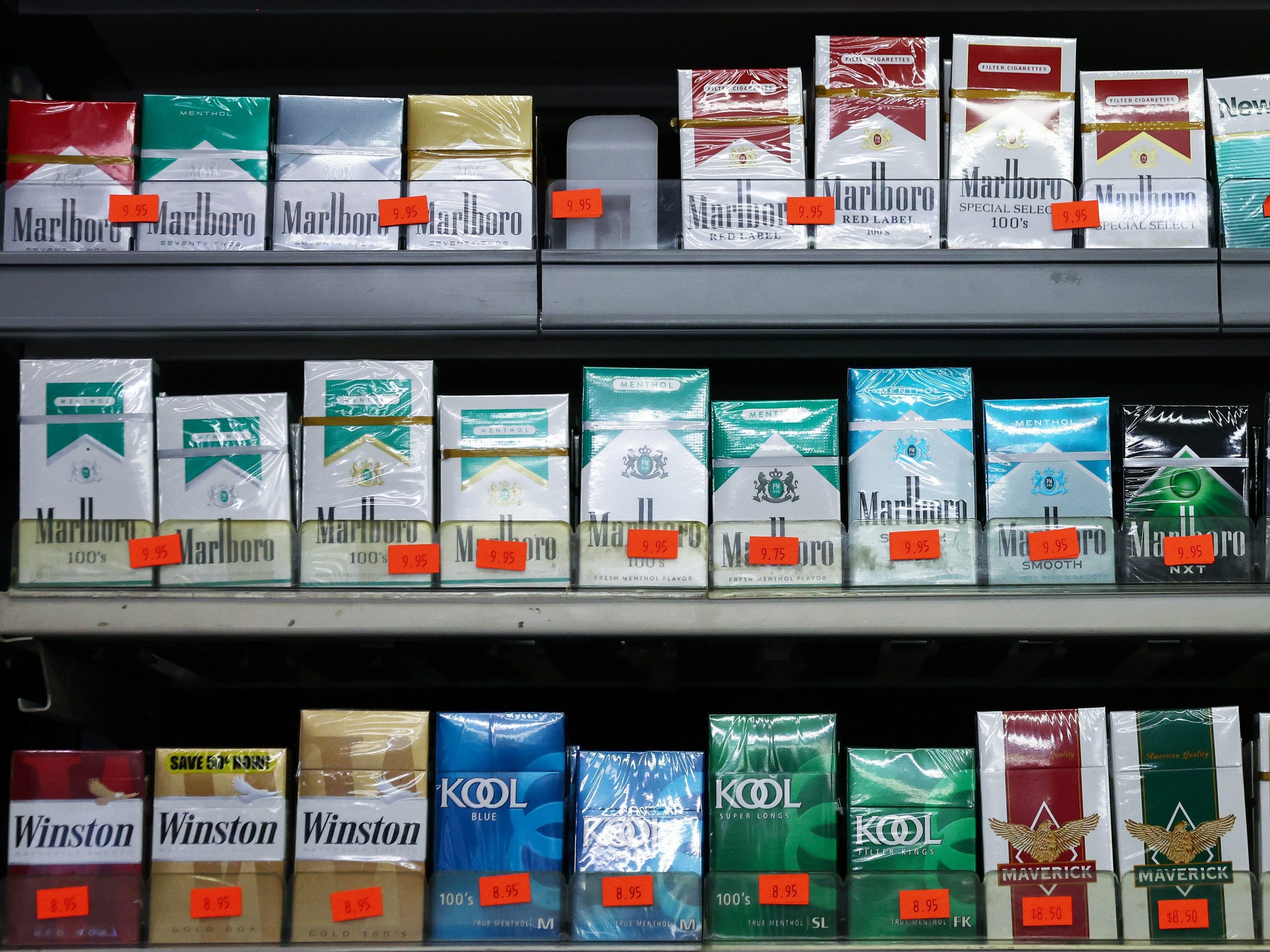 The FDA proposed a ban on menthol cigarettes and flavored cigars.

New rules that would force tobacco companies to dramatically reduce the amount of nicotine in all cigarettes sold in the US are being drawn up, The Wall Street Journal reported.

The Biden administration wants all cigarettes to have minimal or nonaddictive levels of nicotine, sources told The Journal, but it could take several years for the regulations to take effect.

Insider contacted the Food and Drug Administration for comment.

Nicotine is an addictive chemical found in cigarettes and other tobacco products. The FDA began a wideranging review of tobacco and nicotine regulation in 2017 in a bid to tackle addiction, protect young people and help smokers to quit.

While cigarettes are known to cause cancer, heart disease, and lung disease, the FDA said the thousands of other components in cigarette smoke rather than nicotine itself were to blame.

The most recent data from the Centers for Disease Control and Prevention (CDC) show that more than 480,000 deaths in the US each year are caused by cigarette smoking, with more than 41,000 deaths related to secondhand smoke exposure, or passive smoking.

In the US each day, about 1,600 youths smoke their first cigarette and nearly 200 start smoking every day, per the CDC. It also found that flavored tobacco products are popular with young people.

Meanwhile, the UK is mulling increasing the smoking age by 12 months every year until no one can no longer buy it. As of December 2021, almost 6 million people in England smoked, while more than 30 million people in the US do.

Nicotine levels can be reduced in various ways, by blending of tobacco leaves or using different types of paper or filters, per the report.

The FDA has been focusing on lowering nicotine levels since the 1990s as it attempts to crack down on cigarette sales to minors, but the Supreme Court had found the FDA wasn’t permitted to do so at the time.

In 2009, the Family Smoking Prevention and Tobacco Control Act gave the FDA the authority to regulate the manufacture, distribution, and marketing of tobacco products including lowering nicotine levels,  based on scientific evidence.

The FDA also proposed a ban in April on menthol cigarettes and flavored cigars that aimed to stop young people taking up and significantly reduce tobacco-related diseases and deaths. The administration is also reviewing the sale and use of e-cigarettes.