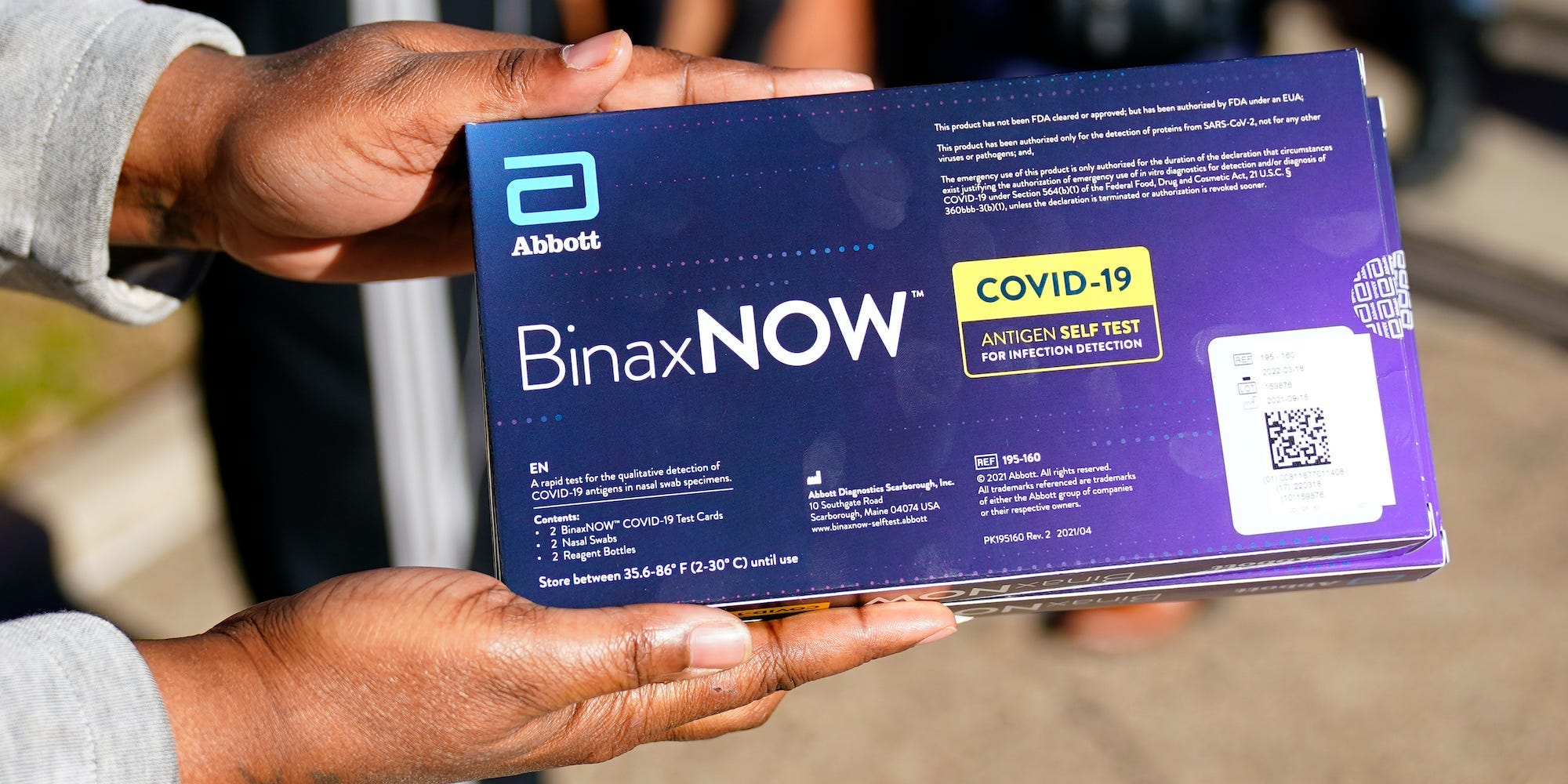 Health insurance companies will have to cover up to eight at-home COVID-19 tests a month for each covered individual starting Saturday, the Biden administration announced.

The tests won’t require a doctor’s order, prescription, or office visit. Additionally, the tests won’t be subject to copays or deductibles, according to a press release from the Department of Health and Human Services.

Insurers can either cover the cost upfront or reimburse the insured after a claim is filed.

“Under President Biden’s leadership, we are requiring insurers and group health plans to make tests free for millions of Americans,” HHS Secretary Xavier Becerra said in the press release. “This is all part of our overall strategy to ramp-up access to easy-to-use, at-home tests at no cost.”

There is also no limit to the number of PCR or rapid tests that will be covered if they’re ordered by a doctor or medical professional or given during an office visit.

The press release said the administration is incentivizing insurers to “set up programs that allow people to get the over-the-counter tests directly through preferred pharmacies, retailers or other entities with no out-of-pocket costs,” so that people don’t have to file claims, and the process can be streamlined.

“Testing is critically important to help reduce the spread of COVID-19, as well as to quickly diagnose COVID-19 so that it can be effectively treated,” Chiquita Brooks-LaSure, administrator of the Centers for Medicare & Medicaid Services, said in the press release. “Today’s action further removes financial barriers and expands access to COVID-19 tests for millions of people.”

Late last month, Biden acknowledged a shortage of COVID-19 at-home tests as demand surged as Americans traveled and gathered for the holidays and cases spiked.

“We went from no over-the-counter tests in January to 46 million in October, 100 million in November, and almost 200 million in December,” Biden said in a COVID-19 response team call with the National Governors Association on Monday.

He added: “But it’s not enough. It’s clearly not enough. If we had known, we’d have gone harder and quicker if we could have.”

On December 27, Biden also said that his administration had purchased an additional 500,000 at-home tests for Americans that request them and that he planned to authorize the Defense Production Act to produce more tests.

As of January 10, the 7-day average was 674,406 new daily cases, according to data from the Centers for Disease Control and Prevention.