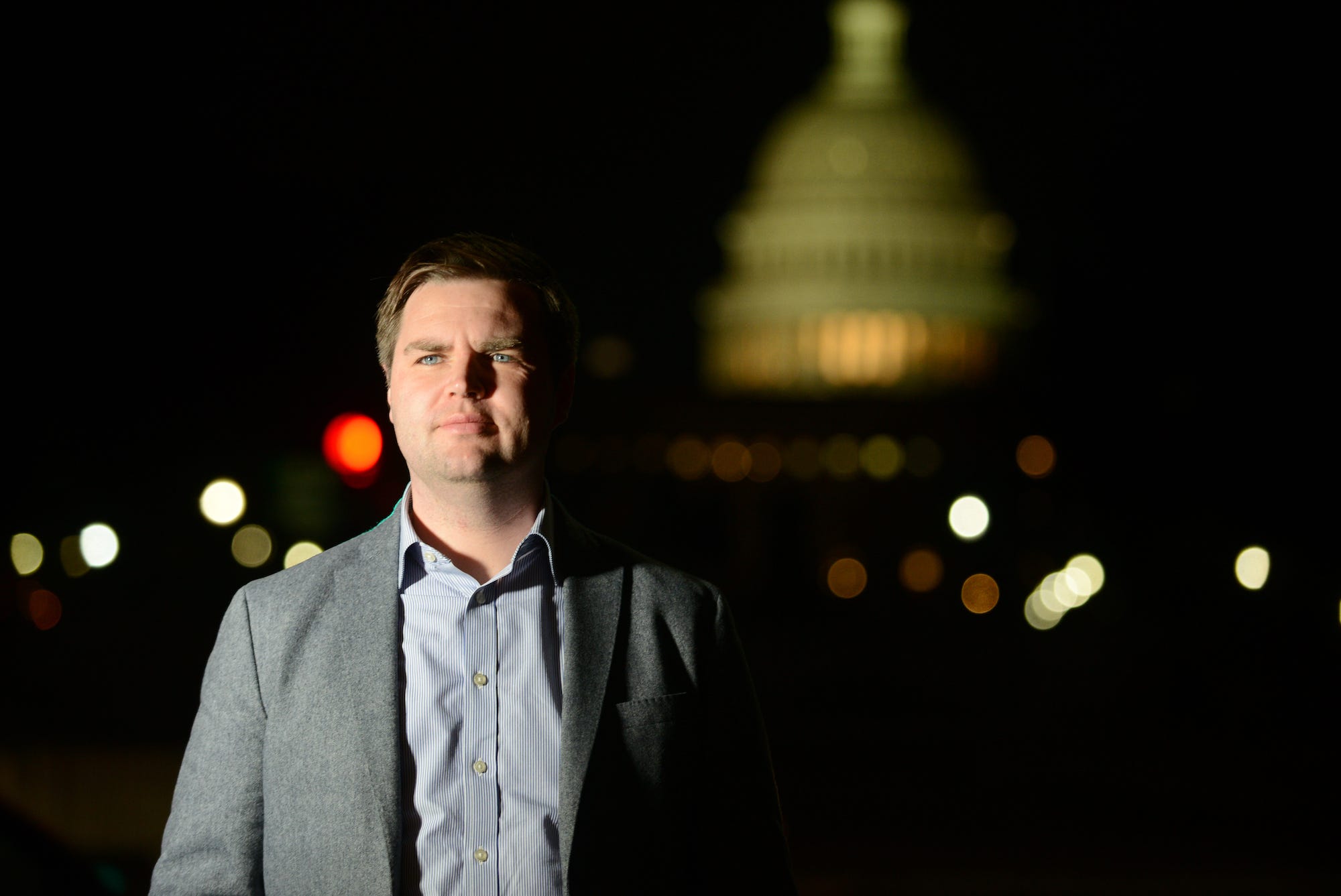 J.D. Vance, author of the book “Hillbilly Elegy,” poses for a portrait photograph near the US Capitol on January 27, 2017.

When J.D. Vance burst onto the national scene in the summer of 2016, his memoir, “Hillbilly Elegy,” was seen by many as a compelling story of Appalachian values and the sorts of white working-class voters who later would go on to fuel former President Donald Trump’s electoral victory that fall.

Rod Dreher, a senior editor at The American Conservative, praised the book in a 2016 review, remarking at how Vance reflects on “how he escaped the miserable fate” of broken homes and drugs that afflicted so many of the people in his immediate ecosystem “with authority that has been extremely hard won.”

The writer Jennifer Senior, who in 2016 reviewed the book for The New York Times, characterized the memoir as “a civilized reference guide for an uncivilized election,” with Vance having written his family’s story “in a vocabulary intelligible to both Democrats and Republicans.”

However, there was a notable shift in the reception to the 2020 film adaptation of J.D. Vance’s memoir, which was directed by Ron Howard and starred acting heavyweights including Glenn Close — who played his grandmother, Mamaw — and Amy Adams — who portrayed his mother, Beverly Vance.

The reviews for the Netflix film were scathing, with a low 25% rating from Rotten Tomatoes critics — while the audience reaction sat at a much more positive 83% audience score.

By that point, Vance’s relationship with the sorts of liberals that fueled his earlier rise had become largely insupportable, according to a Washington Post profile of the 2022 Ohio Republican Senate candidate.

“For a few weeks, a few months, there was this sort of empathetic moment,” Vance told the conservative commentator Ben Shapiro about the 2016 presidential election, in which Trump was largely seen as the underdog against former Secretary of State Hillary Clinton.

Vance argued that liberals began to see Trump’s win as a less of consequence of economic strain and more about electoral influence from Russia and racial grievances — which seemed to negate the fact that many of these voters had previously backed former President Barack Obama in 2008 and 2012. And their position essentially allowed elites to turn their attention away from rural voters and the issues that were important to their communities.

According the Post profile, Jamil Jivani, Vance’s best friend from Yale Law School, said that the bad reviews for the “Hillbilly Elegy” film were the “last straw” in the now-political candidate’s turn against elites.

As Vance has campaigned for the GOP nomination to succeed retiring Sen. Rob Portman, he has taken on a sharper and more Trumpian tack as he scouts for support among conservatives who remain overwhelmingly supportive of the former president.

Ahead of his campaign announcement last July, Vance deleted several old anti-Trump statements on Twitter, according to CNN’s K-FILE. Those posts included a statement of support for independent Evan McMullin — the former CIA operations officer who ran for president in 2016 — and a tweet that called Trump “reprehensible.”

However, in a July 2021 interview with the USA Today Network Ohio Bureau, Vance addressed his past comments, saying that initially he had questioned the seriousness of Trump, but had always backed his agenda.

“I just didn’t think this guy would actually deliver on it, and he proved me wrong,” he told the news outlet.