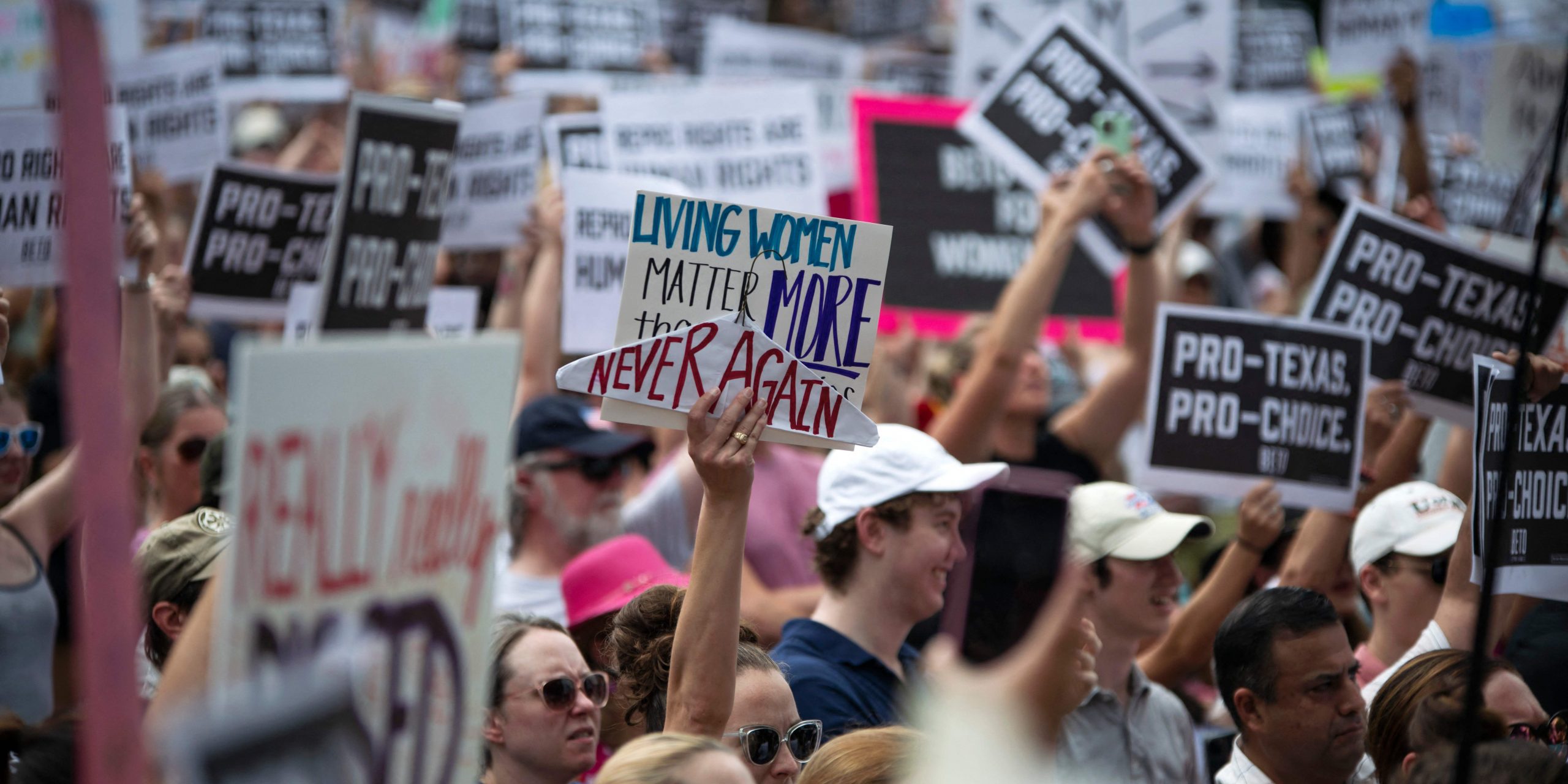 Protesters hold up signs during a Texas Rally for Abortion Rights at Discovery Green in Houston, Texas.

Some Texas hospitals are reportedly refusing to treat people with severe pregnancy complications for fear that they will violate the state’s strict abortion ban, the Texas Medical Association said, according to the Dallas Morning News.

In a letter to the Texas Medical Board seen by the newspaper, the association said it had received numerous complaints that hospitals were blocking doctors from giving pregnant people medically necessary care, which includes ending a pregnancy.

According to the paper, the letter described one case of a woman who had an ectopic pregnancy — a pregnancy that grows in the fallopian tubes and will never be viable, but will be life-threatening. She was said to have been refused treatment until her pregnancy ruptured.

“Delayed or prevented care in this scenario creates a substantial risk for the patient’s future reproductive ability and poses a serious risk to the patient’s immediate physical wellbeing,” the letter said, the Dallas Morning News reported.

The Texas Medical Association did not immediately respond to Insider’s request for comment.

Texas has a near-total ban on abortion. It activated its “trigger law” to ban abortions after the Supreme Court overturned Roe v. Wade last month.

However, on Thursday, Texas Attorney General Ken Paxton filed a lawsuit against the Biden administration in light of the new guidance, saying it “forces hospitals and doctors to commit crimes and risk their licensure under Texas law.”

“SCOTUS returned the issue to states. TX law protects pre-born life. Biden’s HHS is attempting to undo all that,” Paxton said in a statement. “Not on my watch. I just filed suit. I’ll ensure the left’s abortion agenda can’t reach TX babies.”