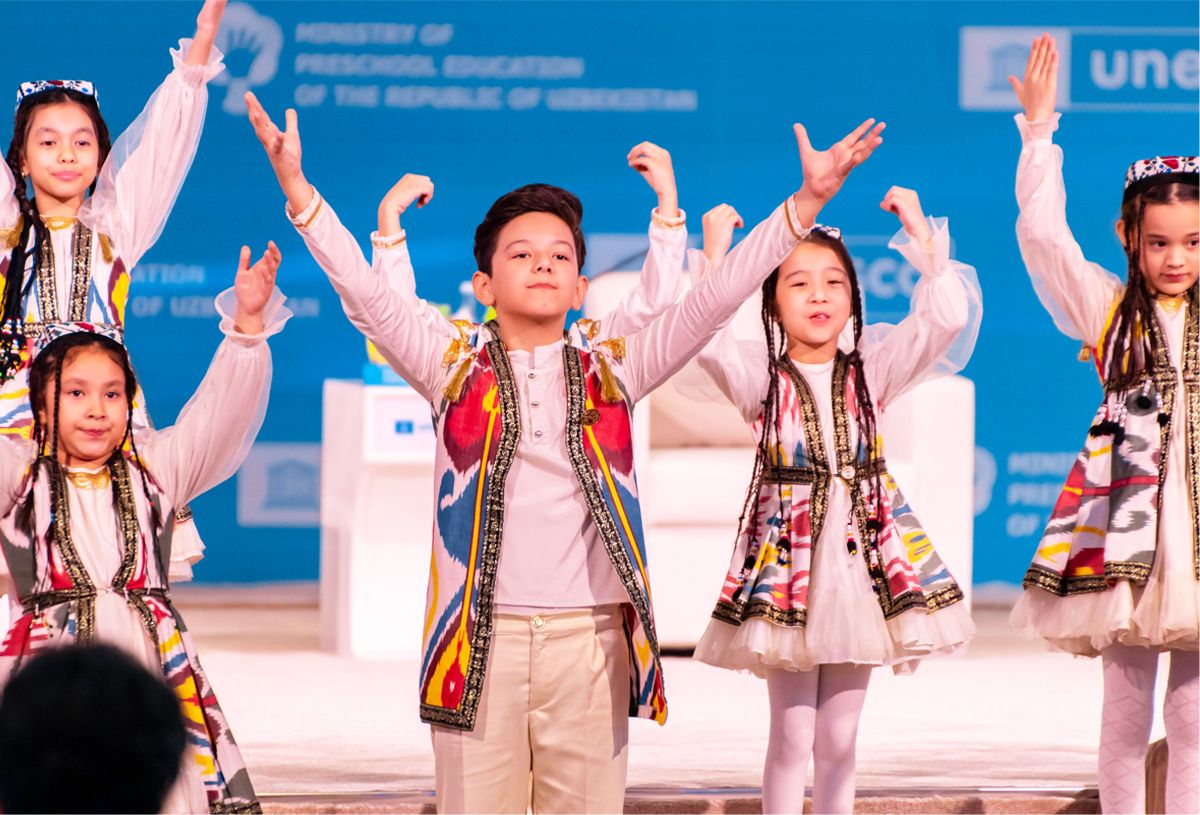 On the last day of the World Conference on Early Childhood Care and Education held in the capital of Uzbekistan 14 to 16 November, the representatives of about 150 countries have adopted the Tashkent Declaration of UNESCO.

Earlier, speaking with a welcoming speech to the delegates of the conference, the President of Uzbekistan Shavkat Mirziyoyev said: “I am sure that today’s conference will be held in the spirit of hot discussions and exchange of views, new ideas and initiatives, particular proposals and recommendations will be developed. Undoubtedly, the Tashkent Declaration, which will be adopted in the end of the conference, will serve as the basis for our joint efforts in this direction”.

The Tashkent Declaration is intended to determine the international agenda for early childhood education till 2030. This document has been prepared through a consultative process during the conference and, once signed, will be translated into the six official languages ​​of the United Nations and shared with the UNESCO Member States.

“In Uzbekistan, we have the opportunity to send a powerful message to the world based on UNESCO’s commitment to make 2022 the year of mobilization of efforts for education. Here in Tashkent, we must determine the model of society we want to live in – a society that takes care of its children, guiding them and giving them all the attention they deserve,” said UNESCO Director-General Audrey Azoulay, commenting on the event.

In the framework of the strategy for global transformation of early childhood care and education (ECCE) system, the Tashkent Declaration established a set of guiding principles: improving the quality and relevance of curricula and pedagogy; ensuring equal and inclusive educational services for all children, and protecting and guaranteeing the rights to access ECCE in the emergency situations. These and a number of other tasks are based on such fundamental factors as the development and support of teachers, wide introduction of innovations and state support for the sphere.

The provisions of the UNESCO Tashkent Declaration, which set the main vectors for development of ECCE until 2030 – the milestone for the UN Sustainable Development Goals – since the moment of signing become a guide for international organizations and relevant ministries of the countries participating in the world community in implementation of the paragraph 4.2 which reads: “By 2030 to ensure that all the little girls and boys have access to quality early childhood development, care and pre-school education systems so that they will be ready to primary education”.