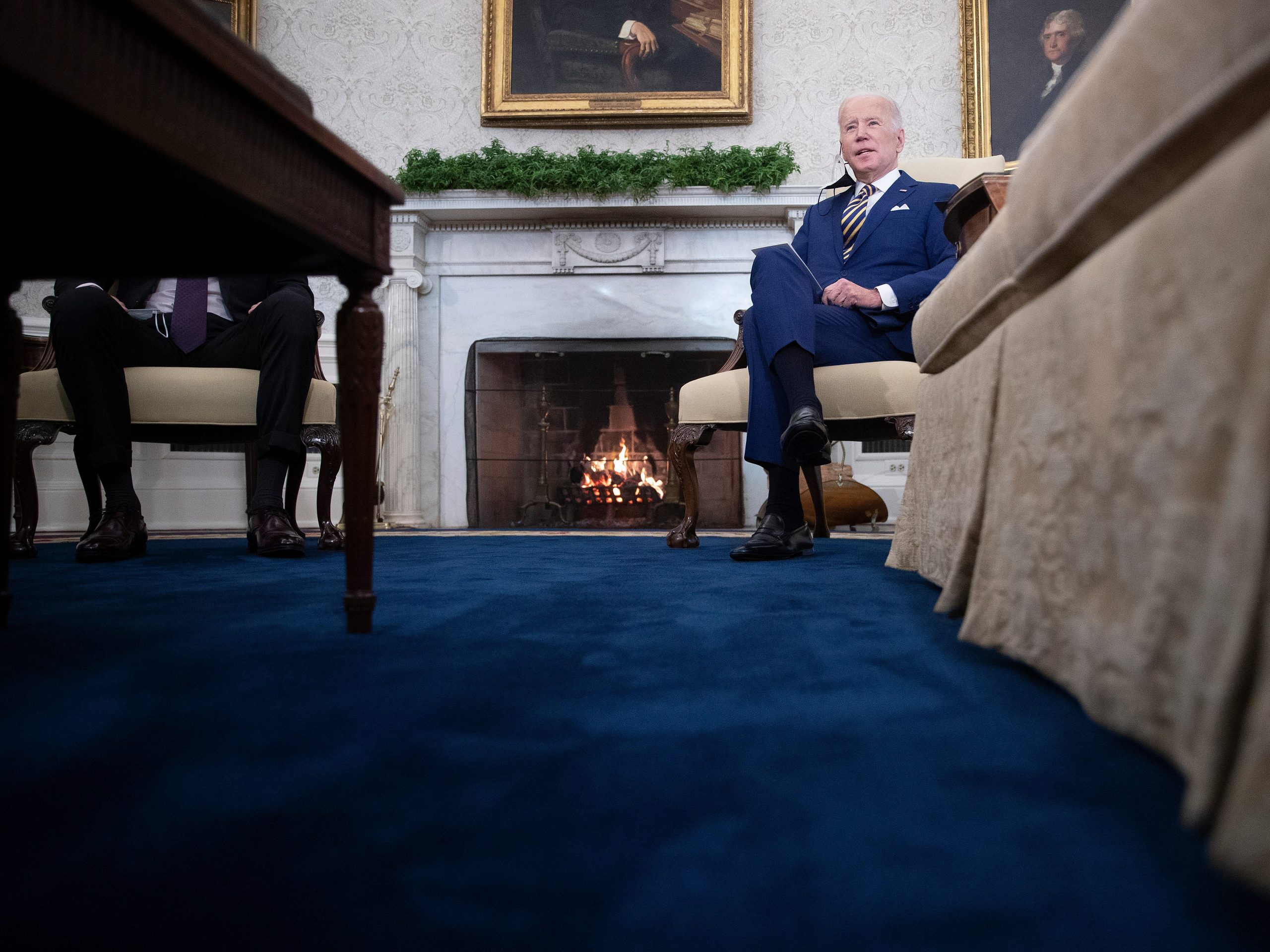 U.S. President Joe Biden at a meeting in the Oval Office at the White House on January 31, 2022 in Washington, DC.

Over 55,000 people have a signed a petition, led by advocacy group Student Debt Crisis Center, urging Biden to meet with student-loan borrowers as he decides how, or if, he will implement broad debt relief. The petition noted that last year, a group of borrowers met with Education Secretary Miguel Cardona, and following that meeting Cardona said that  “behind every case, there’s a family, there’s a person, there’s a story … there’s work to be done” — and Biden should hear those stories, as well.

“President Biden, we urge you to sit down and meet with student debt borrowers yourself. Every borrower has a unique story to tell, and to come to a final decision on cancellation, it is key to meet with them,” the petition said. “Forty-five million Americans deserve a seat at the table.”

Based on most recent reports, Biden is considering $10,000 in relief for borrowers making under $150,000 a year — an announcement likely to be made in July or August, closer to when the student-loan payment pause expires after August 31. But following those reports, many advocates and borrowers have expressed disappointment with the $10,000 figure, and the potential of capping the relief based on income.

For example, a student-loan borrower with over $300,000 in student debt previously told Insider that $10,000 in relief “is not even a drop in the bucket.”

“If you wanted to make a real difference, you could do away with half the interest we’ve accrued, but for now I’ll never be able to cover the payments,” she said.

Some advocates feel the same — 180 organizations recently urged Biden to enact “robust student debt cancellation that is not means tested and does not require an opt-in for participation.” While the White House has not confirmed any reports of income thresholds, Insider previously reported that targeting debt relief could be an administrative burden that would block forgiveness from the borrowers who need it most.

“The administrative burden associated with any effort to income-limit is going to end up making it hard or impossible for the lowest-income people to actually get their debt canceled,” Mike Pierce, executive director of advocacy group Student Borrower Protection Center, previously told Insider.

Still, the issue remains contentious in Congress. Republican lawmakers have argued that canceling student debt will cost taxpayers and exacerbate inflation, while many Democrats have maintained that loan forgiveness will stimulate the economy, and that’s it’s time for Biden to follow through on his debt relief campaign pledge. For now, federal borrowers continue to wait and hope they’ll be included in whatever the president decides.