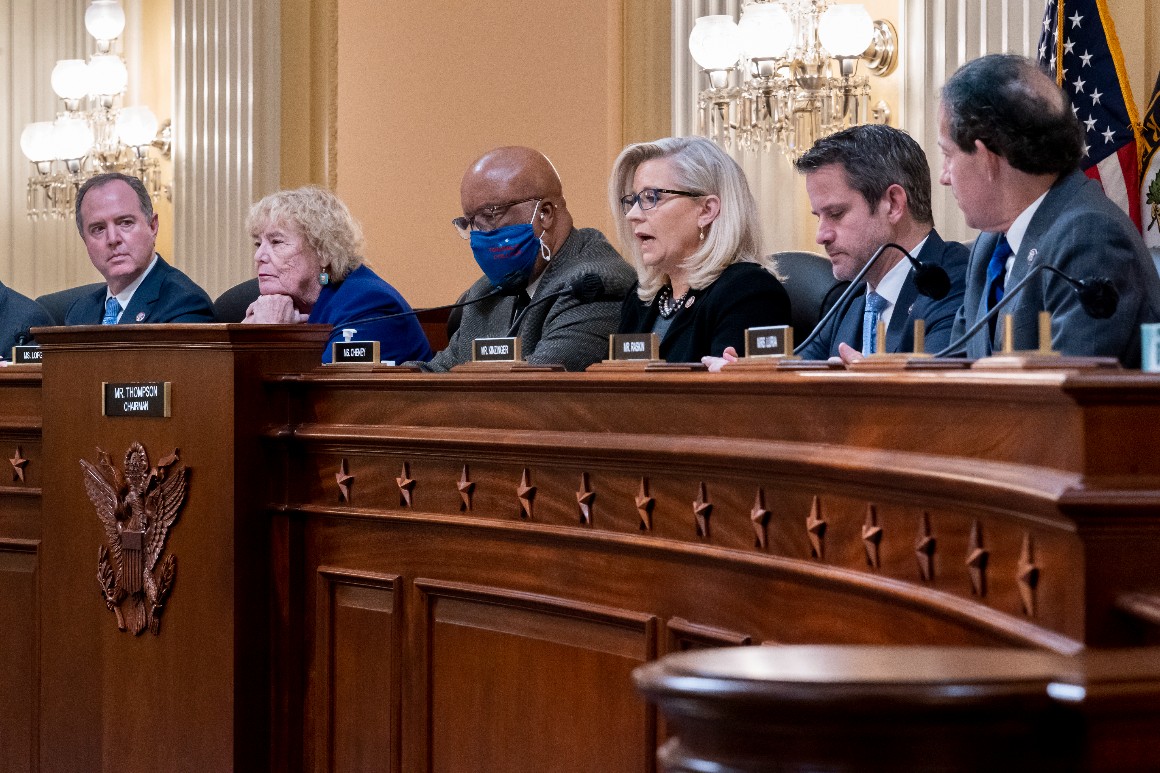 Ali Alexander, who founded the pro-Trump “Stop the Steal” movement and attended the rally that preceded the Capitol attack, told congressional investigators that he recalls “a few phone conversations” with Rep. Paul Gosar and a text exchange with Rep. Mo Brooks about his efforts in the run-up to Jan. 6, his lawyers confirmed in a late Friday court filing.

Alexander also told the Jan. 6 House select committee that he spoke to Rep. Andy Biggs (R-Ariz.) in person “and never by phone, to the best of his recollection,” his lawyers say.

The description of the testimony comes in a lawsuit Alexander filed to block the committee from obtaining his phone records from Verizon. Alexander says in the suit that the records include contacts with people protected by privileges: religious advisers, people he counsels spiritually and his lawyers. He also indicated that he already shared more than 1,500 text messages with investigators, in addition to sitting for an eight-hour deposition. The Brooks text, he indicated, is among the texts he turned over.

Alexander’s testimony underscores the degree to which the select committee continues to probe the roles of their Republican colleagues in efforts to promote former President Donald Trump’s baseless claims of election fraud — and their potential support for fringe figures who helped gather people in Washington on Jan. 6, the day Congress was required to certify the 2020 election results.

The panel hasn’t formally requested testimony from any of the GOP lawmakers yet but has continued to ask witnesses about Gosar, Biggs, Brooks and Rep. Scott Perry (R-Pa.), who helped push a strategy to use the Department of Justice to promote the fraud claims.

Per Alexander’s attorneys Jonathon Moseley and Paul Kamenar, members of Congress may have been on an organizing call with him in early January. Several were invited but he did not take attendance, the lawyers said. They also said Alexander “testified that he had phone conversations with Rep. Brooks’ staff about a ‘Dear Colleague’ letter and how his activists could be helpful.”

Alexander said in a since-deleted video that he worked with Gosar, Biggs and Brooks to attempt to use Congress’ Jan. 6 session certifying Biden’s victory as a chance to pressure lawmakers to overturn the electoral results.

“We four schemed up to put maximum pressure on Congress while they were voting,” Alexander said in the video.

Biggs and Brooks have denied meeting Alexander. Gosar has appeared at events with him but has not elaborated on their relationship.

In response to inquiries about his text exchange with Alexander, Brooks released a statement Saturday night blasting the Jan. 6 committee and sharing the message he received from Alexander. Brooks’ office said the text came from a number he did not recognize.

“Congressman, this is Ali Alexander. I am the founder of Stop the Steal, the protests happening in all 50 states,” the text reads. “We met years ago back in 2010, during the tea party when you were first elected. I texted the wrong number. I had intended to invite you to our giant Saturday prayer rally in DC, this past weekend. Also Gen. Flynn should be giving you a ring. We stand ready to help. Jan. 6th is a big moment for our republic.”

Brooks also indicated in the statement that, to “the best of Brooks’ recollection,” a call with Flynn didn’t occur.

Alexander also revealed in the filing that he gave the committee details of a call he had on the morning of Jan. 6 with Kimberly Guilfoyle, the girlfriend of Donald Trump Jr.

“The Select Committee asked him about this call. He stated that it was a short and pleasant call. Ms. Guilfoyle thanked Mr. Alexander for being a leader on voting rights and creating the ‘Stop the Steal’ movement,” Moseley indicated. “The two spoke about the ongoing Georgia election and the GOP primaries that would take place in 2022. The Select Committee seemed satisfied with Alexander’s explanation of that short call.”

Moseley, one of Alexander’s attorneys in the matter, is also representing a member of the Oath Keepers facing charges for his role in the Jan. 6 attack. He previously represented Proud Boy Zachary Rehl. Kamenar represented at least one witness involved in the Mueller probe.