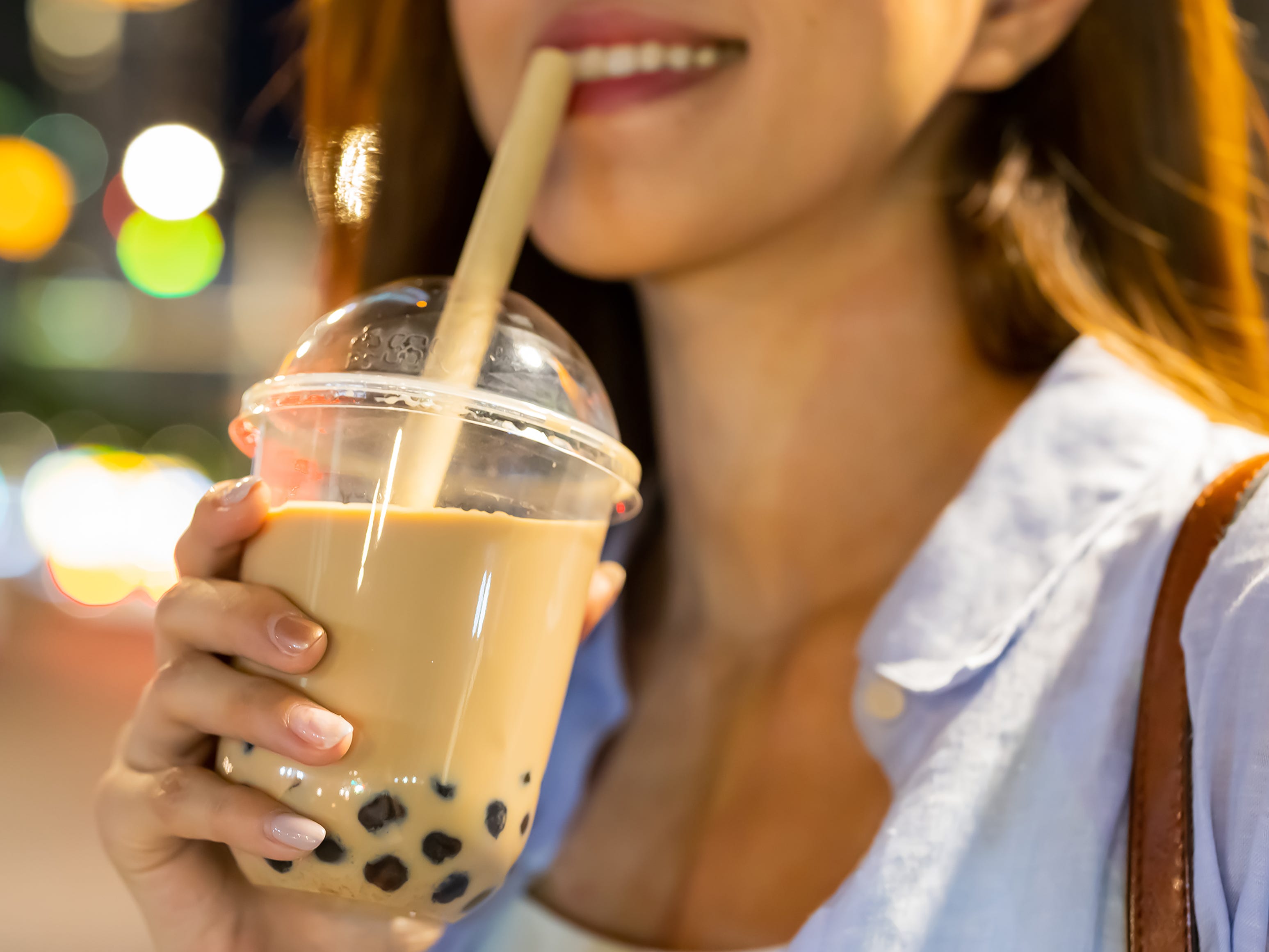 The drink has exploded in popularity over recent years, with bubble-tea stores popping up across the US.

Starbucks is testing out what appears to be its own version of boba-style iced coffee in the US.

Starbucks confirmed to Insider that the chain was carrying out a limited test of two beverages “made with coffee pearls” at two stores this winter.

The spokesperson declined to share further details, but a viral TikTok video posted by @kirbyssister shows a sign at a Starbucks store telling customers to “try our new coffee popping pearls.”

The sign listed two new drinks containing the product. The “Iced Chai Tea Latte with Coffe Pearls” cost $5.45, while “In the Dark,” an iced drink which the TikTok user said was based on Starbucks’ Cold Brew, cost $5.25.

Both drinks appeared to only be available in Starbucks’ grande size.

The TikTok user said they had bought the drinks at a Starbucks store in Palm Desert, California. They said that the pearls were “really small and awkward to drink,” and tasted “oddly salty-sweet.”

Boba, also known as bubble tea, is Taiwanese drink made up of milk, tea, and chewy tapioca pearls, which are created using starch from the roots of cassava plants. The pearls can also be added to coffee, generally served cold or ice, though this isn’t as common.

The drink has exploded in popularity over recent years, with bubble-tea stores popping up across the US.

Other restaurants, including doughnut and coffee chain Dunkin’ and burger chain Sonic, have added bubble tea to their menus, too. One Starbucks barista told Insider that she had been asked by a customer if she could make them a bubble tea months before the chain launched its trial.